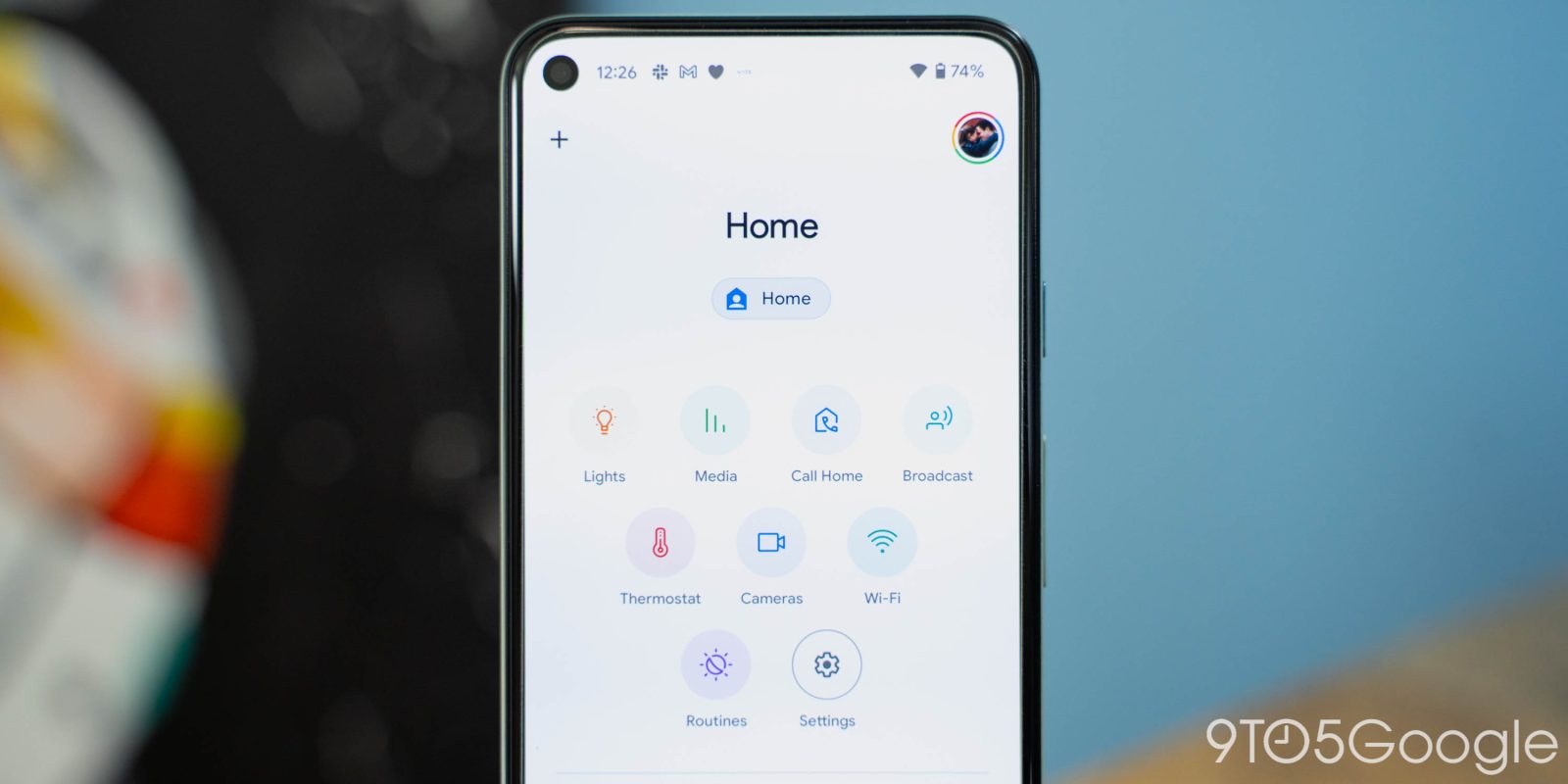 Months after originally being announced, Google has rolled out a major overhaul of the “Feed” tab in the Google Home app. What was once a feed of informative cards is now closer to a condensed list of events, intended to reduce duplicate entries.

A tap opens the alert, and the overflow menu lets you Dismiss, Hide that type of event, or Customize Updates (Feed customization settings) in general. Camera alerts are accompanied by image previews, while “History” is in the top-left corner. When there’s nothing new, you’ll see a “Quiet day at home / No updates for you at this time” background.

We’re still a month away from preorders opening for the Pixel 6a and Pixel Buds Pro, but the leaks keep coming. The latest is a hands-on video of a retail model of Pixel 6a, which reveals, among other things, that the phone will be running the April 2022 update out of the box.

Google is very much pairing the [Pixel 6a and Pixel Buds Pro] together as a joint purchase, though the earbuds will likely be what existing Pixel owners are buying. In terms of marketing copy, Google is highlighting active noise cancellation (ANC), Volume EQ, device switching, and the hotword.

Year over year, Samsung has worked to make the crease in its foldable phones less obvious with each new model, even though it’s typically not too visible in daily use. A new image of the inner display of this year’s Galaxy Z Fold 4 leaked out this week, showing that the foldable should have a significantly smaller crease than the Z Fold 3.

Of course, Samsung still has a long way to go to match what its competitors have accomplished in this regard. The Oppo Find N, for example, has a crease that you can’t easily spot or feel while using the device. It’s one thing that Oppo got right on that foldable.

Many were disappointed this week by the announcement that the Nothing Phone (1) would not be released in the United States, at least at first. However, our Max Weinbach has shared quite a few reasons why this was actually a wise decision by the company.

Nothing doesn’t have the backing of a billion dollar multi-national company like Xiaomi or OPPO if they need funding or parts. This means it needs to have investors and bank funding. This means debt, loans, and enormous lines of credit.

Nothing, unlike most companies, cannot afford for a phone to fail in a market. To be able to pay back these debts, it can’t afford a failure – spending well into the millions of dollars to not make that back simply isn’t sustainable.

One of the more subtle tweaks to Android 13 — at least on Pixel phones — is that the bottom gesture navigation bar has gotten a bit wider and bolder. We asked you, our readers, what you thought of the change, and the spread of answers was surprisingly varied.

What is most surprising is that we expected our readers to dislike the change. It actually falls predominantly into two camps: those who love it and those who simply don’t care. 32% of our readers love the change, citing the “larger bar” as it’s more visible and it makes it more obvious for features like one-handed mode. That said, the larger size doesn’t change the activation area.