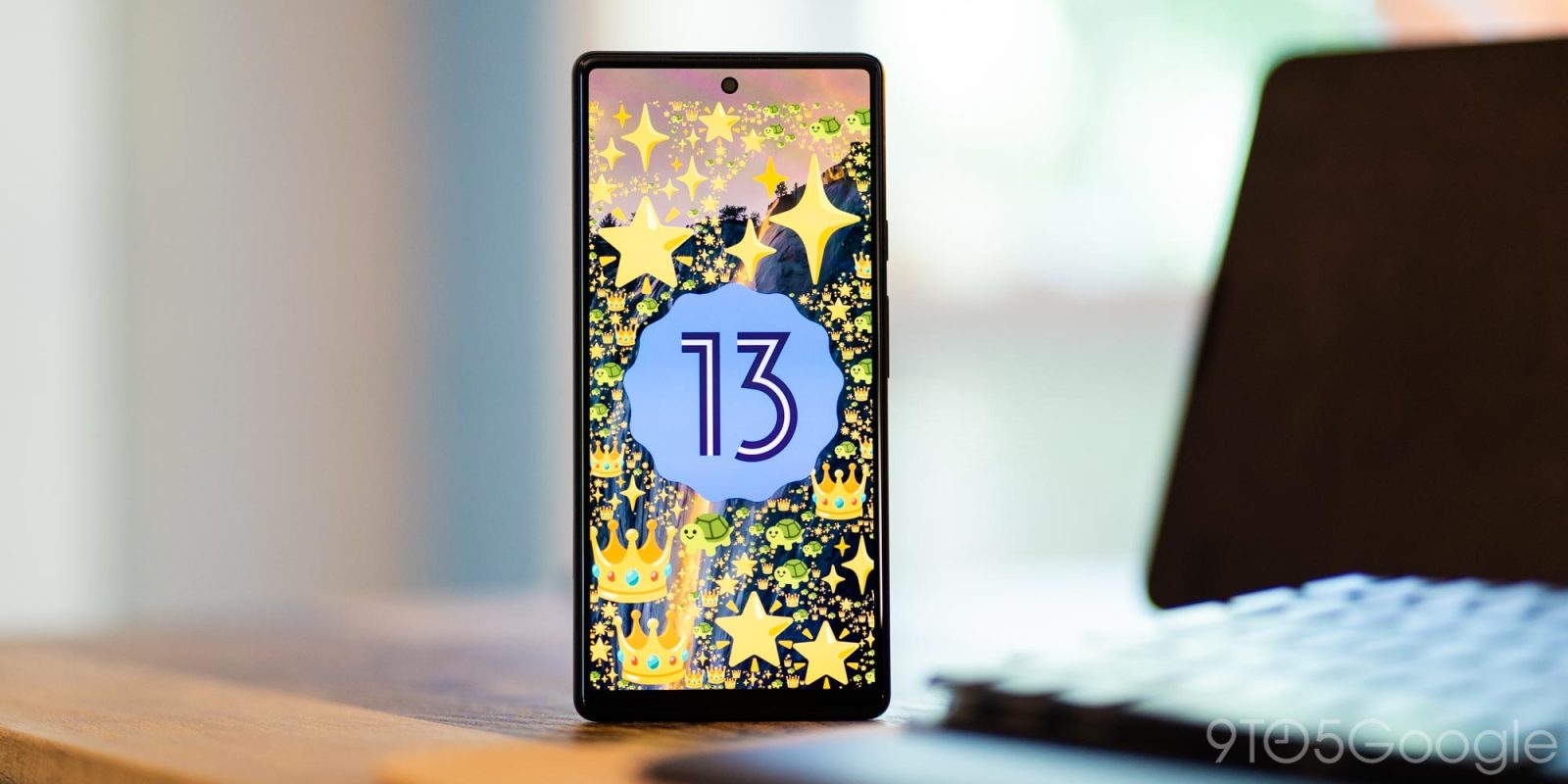 Android 13’s third patch is out today, and there are fewer user-facing changes than in the last release. That said, Beta 3.3 does bring the Android 13 easter egg.

In mid-June, Beta 3.2 quizzically introduced half of the new platform logo with a “3” and a shape that features 13 points to replace the circle used by Android 12.

Android 13 Beta 3.3 today makes it so that we have the full “13” and the easter egg is now activated by pointing the hour and minute hands to 1 o’clock, or 13:00 in military time. The Dynamic Color bubbles are unchanged, but the real fun starts when you hold down on them.

The circles change into emoji, and you can keep long-pressing to cycle through fourteen thematic character sets. This easter egg selects a few emoji from a set for each refresh.

One particular delight is the beloved turtle emoji paired with stars and crowns — the king, truly. There are various moon configurations, while the melting face emoji feels particularly appropriate.

Meanwhile, the status bar currently still shows the wallpaper instead of applying a solid background color. There’s also no change to the Paint chips homescreen widget that reveals the current Dynamic Color palette and can be tapped through for quick sharing.

The first part of the Android 13 Easter egg could be finalized today with the new 13:00 activation and emoji, but it remains to be seen whether there’s a second part on the level of the widget introduced last year. Since the one introduced with Android 12 is a useful tool for developers and end users alike, that homescreen object will presumably stick around.