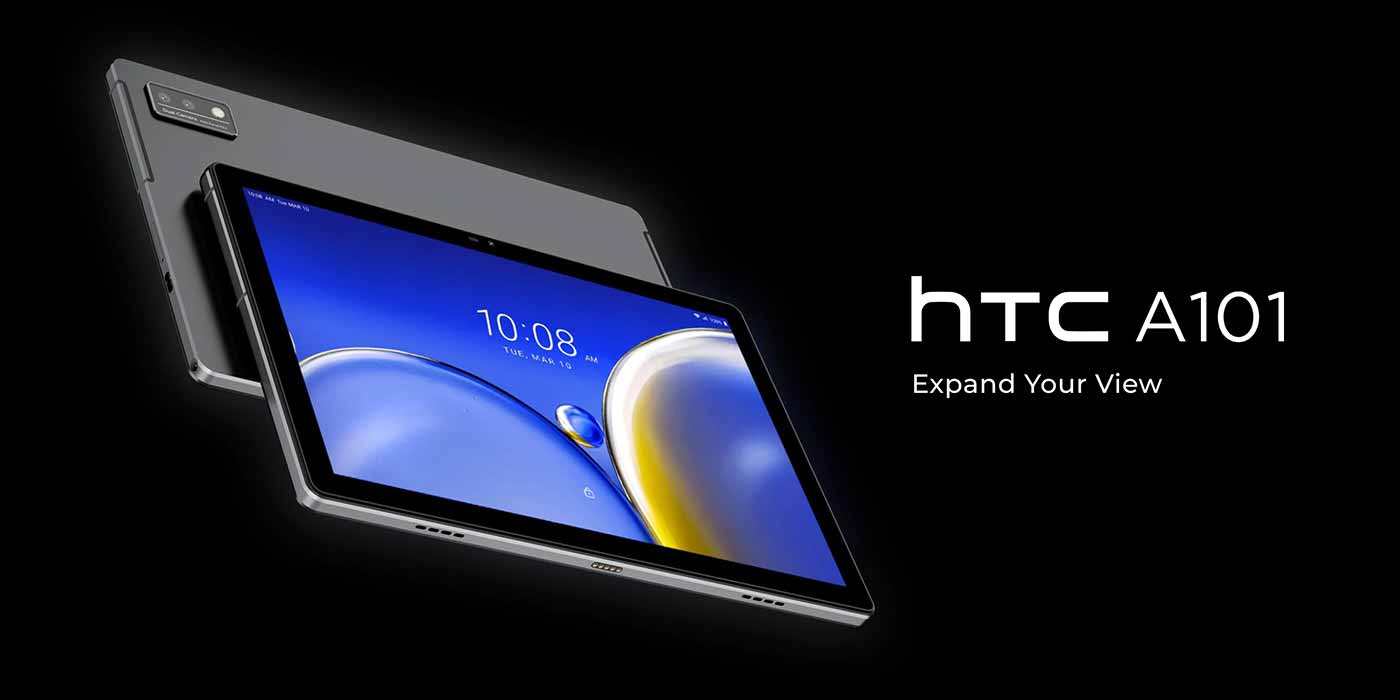 After launching a series of crypto phones, HTC has entered the tablet market once again with the A101 getting quietly unveiled.

Update: Corrected information to note that the new tablet is the HTC A101 and not the aforementioned A100 – which was released in September 2021.

The HTC A100 comes with a 10.1-inch LCD display at 1,920 x 1,200 pixels with chunky bezels on all sides of the screen. There is room for a 5-megapixel selfie camera in the top bezel, while a dual rear camera setup consists of a 13-megapixel main sensor and 2-megapixel ultra-wide.

As a budget device, it comes with internals to help keep the costs low. The HTC A101 utilizes the Unisoc Tiger T618 processor and comes with 8GB RAM. While modest, these core internals actually surpass the impressive Nokia T20, which although not perfect is good enough for content consumption and basic web browsing.

Base storage is set at 128GB with microSD card expansion also available for added peace of mind and further file management possible. There’s also room for a 3.5mm headphone port, while biometric unlocking is made possible via software-based Face Unlock.

A sizeable 7,000mAh battery is tucked away inside and is charged via USB-C port at the bottom of the HTC A101. However, charge speeds have not been disclosed. Android 11 comes pre-installed but HTC has not confirmed just what the update schedule the device will adhere to here either. Two colors are available: space gray and moon silver.

It’s not clear if the HTC A101 will come to other regions, but it is coming to South Africa first. The spec sheet certainly would put this tablet on the back foot against the likes of the Galaxy Tab series, and even Nokia’s first foray into the tablet space for some time.