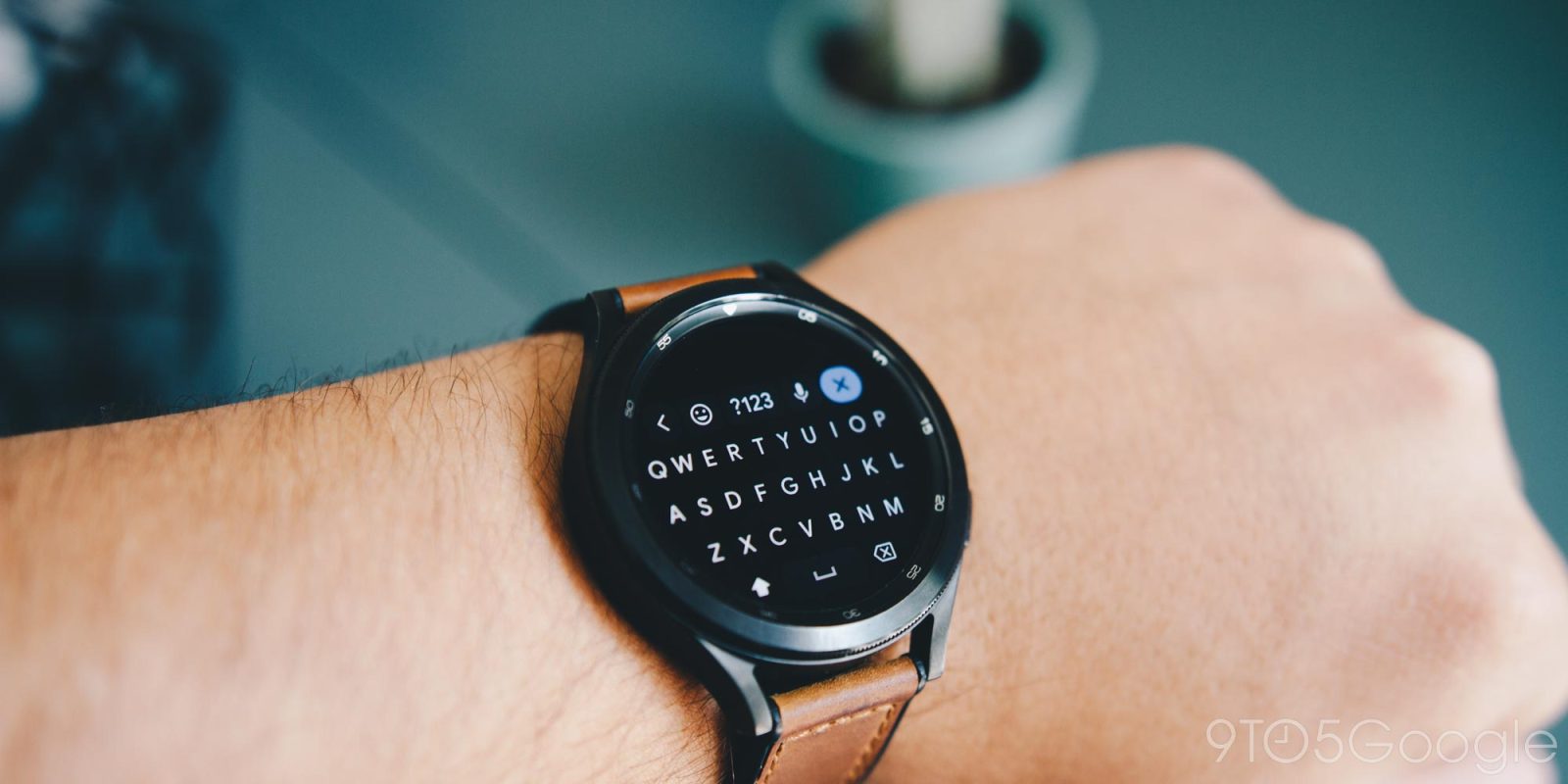 The default keyboard on the Galaxy Watch 4 is a traditional T9 style of keyboard. This might make sense in some ways since you’re trying to utilize as much space as possible on the watch screen. Given that the Galaxy Watch 4 Classic’s screen isn’t huge, there’s not a lot of space to work with.

Of course, tech, in general, has moved away from T9 as a whole and opted for different styles. For smaller screens, a lot of devices utilize swipe typing on a QWERTY keyboard or physical scribing – the latter being extremely slow. You can also use voice dictation to send messages and search your queries, though, in my experience, the Samsung Galaxy Watch 4 hasn’t been my best friend when it comes to accurately transcribing what I say.

The beauty of Wear OS is the ability to make use of third-party apps, even when it comes to changing core features. In this case, you can download the Gboard app for your Galaxy Watch and use its full QWERTY keyboard, rather than having to use Samsung’s current T9 layout.

The first step in this process is to download Gboard on the Galaxy Watch. You don’t need to use your watch just yet; the process can be completed on your phone. On your device, head into the Google Play Store and find the Gboard app. You should see a drop-down menu next to Available on more devices. Tap it and find your watch in that list. Hit Install next to your watch.

The installation shouldn’t take too long, but it can take a few minutes. This installation method doesn’t immediately work on your watch, but it doesn’t take up too much time either.

Once Gboard has been installed on your Galaxy Watch, you can complete the rest of the setup:

Samsung plans on releasing an update very soon that expands its current Galaxy Watch keyboard with QWERTY functionality. Until that update goes live, Gboard is the way to go for many users. One UI Watch 4.5 was officially announced today, and with it comes an adjusted Galaxy Watch keyboard, among a few other cool new additions. Though the update has been announced, we aren’t likely to see it roll out for a few months now.

Until the time comes, Gboard is our favorite option for adding a QWERTY keyboard to the Galaxy Watch 4. It isn’t hard to install and it works very well from the moment it’s installed, making it the perfect addition to the Galaxy Watch.