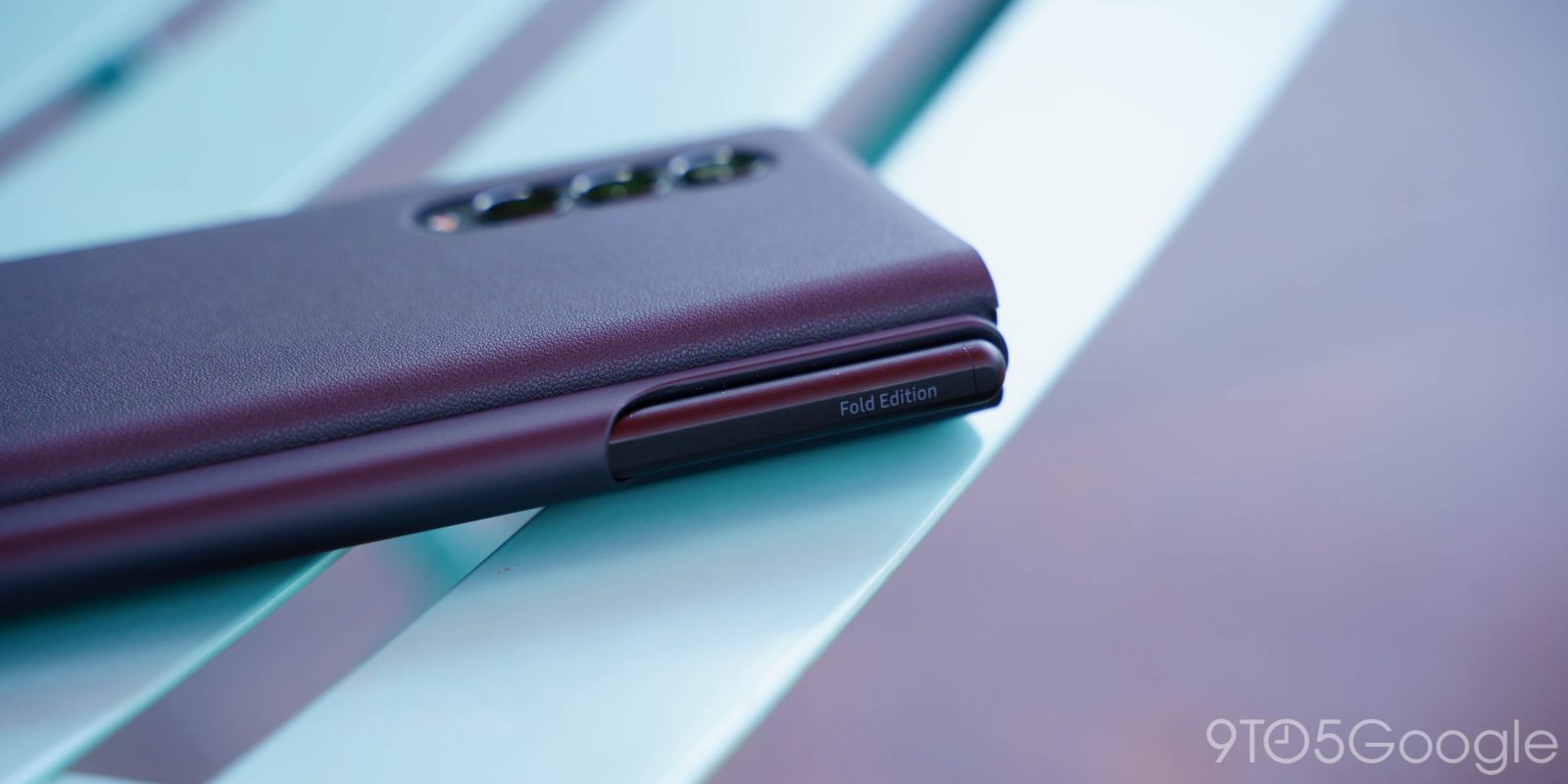 A channel on Telegram spotted a Galaxy Z Fold 4 listing on Amazon Netherlands, which shows off the device in official images in its “Beige” colorway. While there’s nothing obvious to learn here when it comes to pricing, Samsung’s own images give us a clear picture of three key changes.

First and foremost, we get measurements that show off the new aspect ratio of the Fold 4.

As expected, the outer display is now wider with a 6.2-inch 23.1:9 display. For comparison, the Fold 3 had the same size at 6.2-inches, but with a much narrower 25:9 display. The inner display also moves to a wider 21.6:18 aspect ratio on the same 7.6-inch size; the Fold 3 had a 5:4 aspect ratio. It also appears that Samsung has slimmed down the hinge and bezel along the left side of the outer display.

Two other images on the listing also show a new software tweak that Samsung is bringing to the Galaxy Z Fold 4, a bottom-mounted taskbar that looks a lot like the one in Android 12L.

Google introduced a taskbar in Android 12L that appears on large-screen devices and can host a handful of apps for quick switching and easy multitasking. While it’s unclear if Samsung is adopting exactly that feature, it certainly appears that is the case based on these images.

And finally, there’s a quick look at a new S Pen for the Galaxy Z Fold 4. Samsung shows the “Fold Edition” S Pen alongside the Fold 4 in multiple images, one of which shows that the design of the stylus appears mostly unchanged.

The other image shows a new S Pen case for the Galaxy Z Fold 4 in a green-ish gray color that appears to match the phone within. The stylus also matches that color. That’s certainly notable, as black was the only and only option for last year’s S Pen. The case also has some sort of line alongside the S Pen, but it’s not immediately obvious what purpose that serves. Regardless, we’re just glad to see Samsung is moving on from last year’s terrible design.

Samsung is set to unveil the Galaxy Z Fold 4 alongside the Flip 4, Watch 5 series, and a new pair of earbuds on August 10. Reservations are open now for enhanced credits when buying a Fold 4.