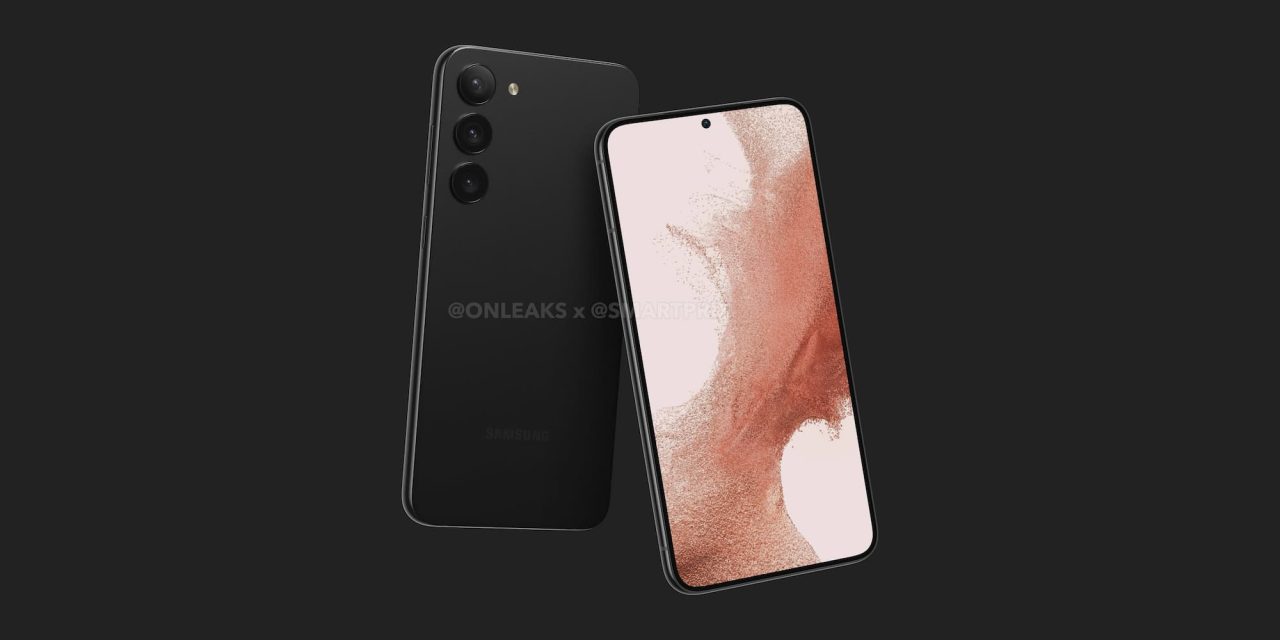 The Galaxy S23 series is just a few months away, and ahead of its launch, a new leak is giving us our first look at the design of Samsung’s flagship.

@OnLeaks and SmartPrix have posted new CAD-based renders of the Galaxy S23+ which give us a first look at Samsung’s flagship design for 2023. On one hand, this leak shows the first notable update to Samsung’s design since the Galaxy S21, but it also shows a design that’s quite generic.

According to these renders, the Galaxy S23 design will adopt more rounded edges to the frame while ditching the single camera bump on the back of the phone. Rather, the camera sensors would be in their own standalone bumps, similar to the five camera cutouts on the Galaxy S22 Ultra. There’s also a spot for an LED flash off to the right side of those cameras.

While it’s clear here that Samsung is aiming to unify the design of the Galaxy S series under the look of this year’s most popular model, it leads to a design that, to our eyes, looks incredibly generic. There’s nothing distinct about this look, whereas the Galaxy S22 series stood out a bit thanks to its unique camera bump design.

We also learn in this leak that the Galaxy S23+ will be just a little bit larger than the S22+, at 157.7 x 76.1 x 7.6mm. The thickness is unchanged, but the phone is a bit wider and taller. Oddly, there’s no SIM tray noted in the renders, but this could just be an early mistake. While Apple has gone all-in on eSIM for its latest iPhones, Android isn’t ready for eSIM-only devices.

Beyond the S23+, @OnLeaks also shared CAD-based renders of the Galaxy S23 with Digit. The renders show the same basic design and once again confirm a slightly bigger size of 146.3 x 70.8 x 7.6 mm for the device which is expected to have a 6.1-inch display.

The Galaxy S23 series is expected to arrive early next year.