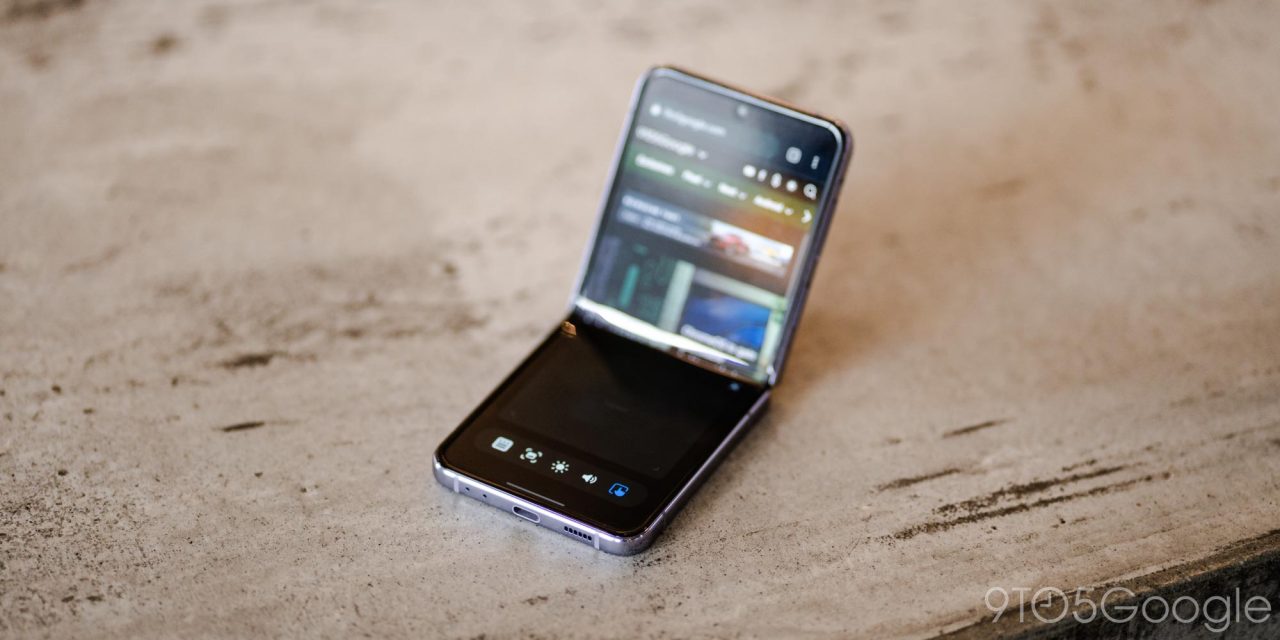 All of today’s best deals are now headlined by Samsung’s Galaxy Z Fold 4 256GB at $209 off. Then lock in some of the best pricing yet on Samsung’s flagship Galaxy Tab S8 Ultra, thanks to a $150 discount. Lastly, Lenovo’s flagship Tab P12 Pro Android tablet starts at $500 to wrap up the savings. Hit the jump for all that and more in the latest 9to5Toys Lunch Break.

Not to let Google hog all of the Android spotlight as of late, Amazon now offers the unlocked Samsung Galaxy Z Flip 4 256GB for $851. Normally fetching $1,060, today’s offer is well below our previous $900 mention, which delivers a new all-time low at $209 off. Plus, today’s offer is right at the same price as the smaller 128GB capacity too.

Samsung’s new Galaxy Z Flip 4 takes on a more casual approach to folding devices with a design that’s inspired by old-school flip phones. Housed within the flip design is a 6.7-inch Dynamic AMOLED 120Hz display that comes powered by the new Snapdragon 8+ Gen 1 chip. On the outside is the 1.9-inch Super AMOLED display for checking notifications, which also doubles as a preview for taking selfies with either of the dual 12 MP cameras. Its internal 3,700mAh battery is larger than its predecessor and rounds out the package that you can read all about over at 9to5Google.

Best Buy currently offers the flagship Samsung Galaxy Tab S8 Ultra 512GB for $1,050. Down from the usual $1,300 going rate, today’s offer amounts to $150 in savings while matching the best we’ve seen to date.

As the most capable tablet in Samsung’s current lineup, the new Galaxy Tab S8 Ultra is also one of the best options on the market period for an Android tablet. Powered by a Snapdragon 8 Gen 1 chip, you’ll find a 14.6-inch sAMOLED display that surrounds the tiny notch and its selfie camera module on the front. Compatible with Samsung’s S Pen, you’ll also be able to take advantage of DeX features for turning the tablet into more of a desktop, with upward of 512GB of built-in storage also coming backed by microSD card support. All powered by AndroidL, you can learn more about what to expect from the experience in our coverage.

Best Buy now offers the Lenovo Tab P12 Pro 12.6-inch 128GB Android Tablet for $600 with a bundled keyboard. Normally fetching $830, you’re looking at the best price to date following the $230 discount. This is well below our previous $710 mention from back in May and the first chance to save since.

You can also save on just the tablet starting at $500 and delivering $200 in savings across various storage capacities. Lenovo’s Tab P12 Pro arrives as the brand’s latest flagship tablet and is centered around a 12.6-inch OLED 120Hz display. Everything comes powered by a Snapdragon 870 SoC, which complements the upward of 256GB of storage and 8GB of RAM. Though if that isn’t enough, the onboard microSD card slot allows for expanded storage to go alongside the USB-C port. Get a closer look in our launch coverage.

Now that Google Pixel 7 and 7 Pro are officially shipping, Visible Wireless is offering one of the best promotions out there for those not trading in an existing smartphone. Right now, both of the prepaid handsets are being bundled with $200 gift cards and a pair of Google Pixel Buds A-Series. Shipping is free across the board. Most notably, Pixel 7 Pro 128GB sells for $899 and comes with that $299 in added value to mark the best we’ve seen without going the contract route.

Packed into a refreshed design that still delivers the same size 6.7-inch QHD+ 120Hz screen as before, the Pixel 7 Pro arrives as Google’s most capable handset yet. The updated build also houses a new camera assembly on the back of the handset, which comes centered around a 50MP main sensor, 12MP ultrawide lens, and upgraded 48MP telephoto zoom capabilities. All of that comes powered by the new second-generation Tensor G2 chip, which is complemented by 128GB of storage and 12GB of RAM. We break down all of the details in our launch coverage as well.

Amazon is now offering the Ultimate Ears WONDERBOOM 3 Speaker for $85 in several styles. Delivering the very first chance to save since it launched last month, the newest addition to the brand’s stable of Bluetooth speakers typically fetches $100 and is now at a new all-time low of $16 off. Arriving with a handheld form-factor that’s backed by IP67 water-resistance for serendading you in the shower and more, the speaker can also float in water and packs the brand’s usual fabric-wrapped design.

That build is now made of recycled materials, and arrives with improved battery compared to the previous-generation model with 14 hours of playback on a single charge rounding out the package around a 360-degree internal speaker system and stereo support. Detailing everything else that’s new this time around, our launch coverage offers a better idea of what to expect.