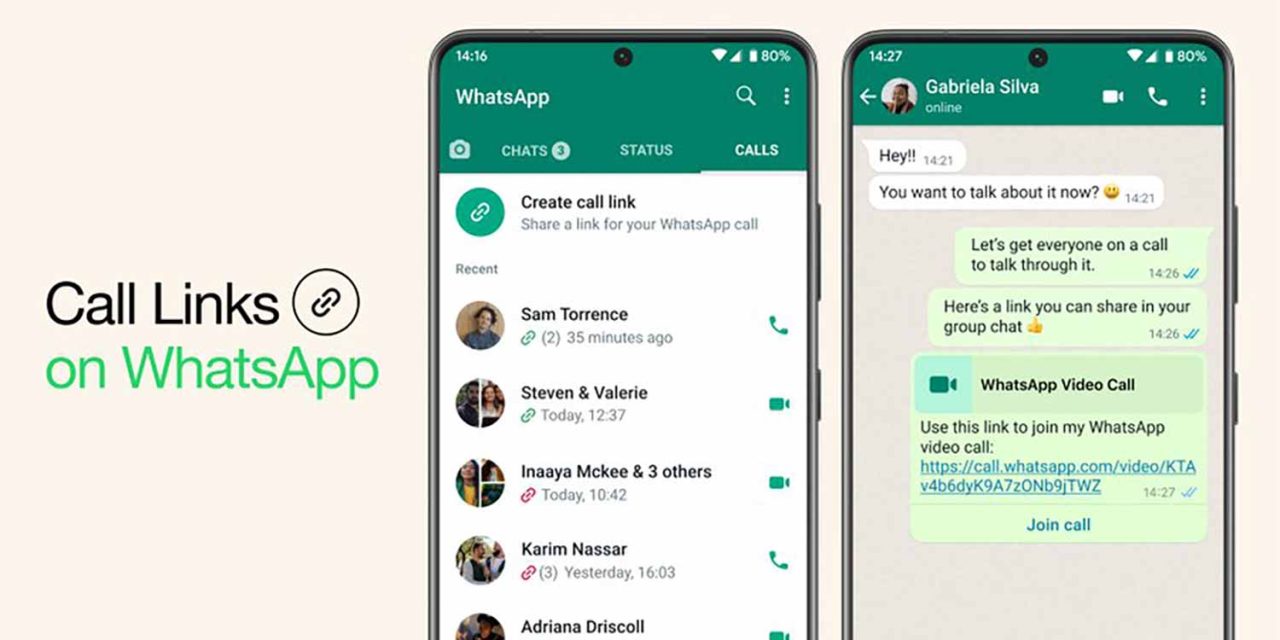 WhatsApp is adding a new simplified call-sharing feature named “Call Links” that will make it even easier to start or join a group call.

[Update 10/20]: Almost a month after being informally announced, the Call Link functionality is now appearing to roll out widely to WhatsApp users. Spotted by Android Police, we’re now seeing the option to create video and voice calls links from within the “Calls” tab on WhatsApp.

Once set up, you can share the link to whatever app you wish. Like a Google Meet or Zoom call, when clicking or tapping you’ll be brought into a lobby with the option to “Leave” or “Join” the call. Any participants are shown within a docked panel with a microphone, Bluetooth, and a call-end button found just above.

It’s not a drastic departure from one-to-one calls within WhatsApp but the Call Links function could open up conference calling to more people that might never otherwise have tried it.

Announced simultaneously on Twitter by Will Cathcart and Mark Zuckerberg on Facebook, the function lets you create a hyperlink for friends and contacts to join without needing to access the direct video calling button within the third-party messaging application.

While this is welcome, neither WhatsApp nor Meta have shared in-depth details on how to create “Call Links,” but this functionality is similar in nature to how many video calling apps like Google Meet, Zoom, and more allow you to create conference calls for participants to join rather than accepting or initiating an incoming video call. The single screenshot shows a new toggle within the “Calls” tab that will let you “Create a call link,” which is not yet available in the Android version of WhatsApp but is expected to arrive in the coming days.

In Zuckerberg’s post, he also noted that the group calling limit has been raised to 32 concurrent users. At present, the limit for WhatsApp calls is just eight people. This might help increase the usage of WhatsApp as a conference calling platform for smaller meetings, as this has been successful for other services like Zoom and Microsoft Teams since the start of the pandemic.

Although no in-depth details were shared, there was no mention of call length limits for the expanded user limit. Services like Google Meet limit calls for free users making this potentially a solid alternative given that Call Links can be created for all WhatsApp users.