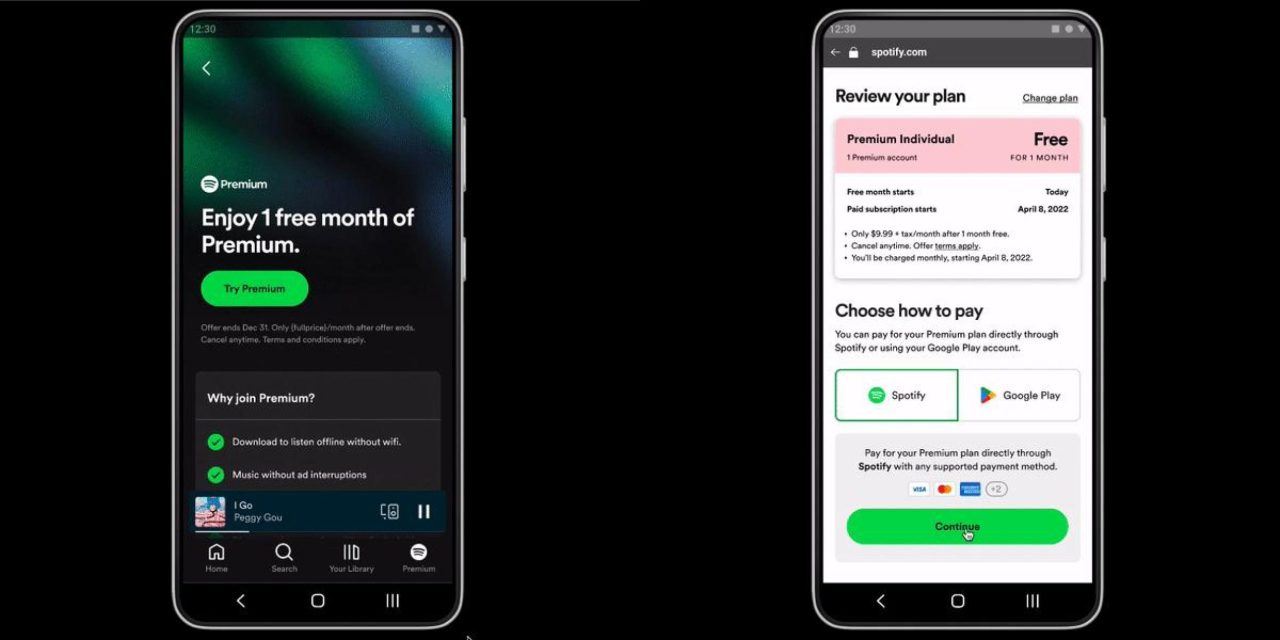 Google announced User Choice Billing for the Play Store in March to let Android apps use their own payment system. Spotify is now rolling out initial billing support, while Google Play is bringing UCB to more markets, including the US.

User Choice Billing lets Android apps offer their own payment system alongside Google Play Billing for apps distributed via the Play Store. In September, it opened sign-ups for developers of nongaming apps in the European Economic Area (EEA), Australia, India, Indonesia, and Japan. As a result, apps can offer a more integrated experience that’s better than directing end users to the web to sign-up for a service.

Spotify this week has started rolling out the “first test implementation” of User Choice Billing in select countries, with “Google Play” appearing next to “Spotify” (credit/debit card, etc.) in the “Choose how to pay” section. Testing will expand to more markets in the “coming weeks.”

Going forward, Android users will soon be able to choose how to pay for their Spotify subscription in the way that best suits them.

Meanwhile, Bumble has joined the User Choice Billing pilot. Google is “working with their teams and we anticipate their users will begin seeing this choice in-app in select countries in the coming months.”