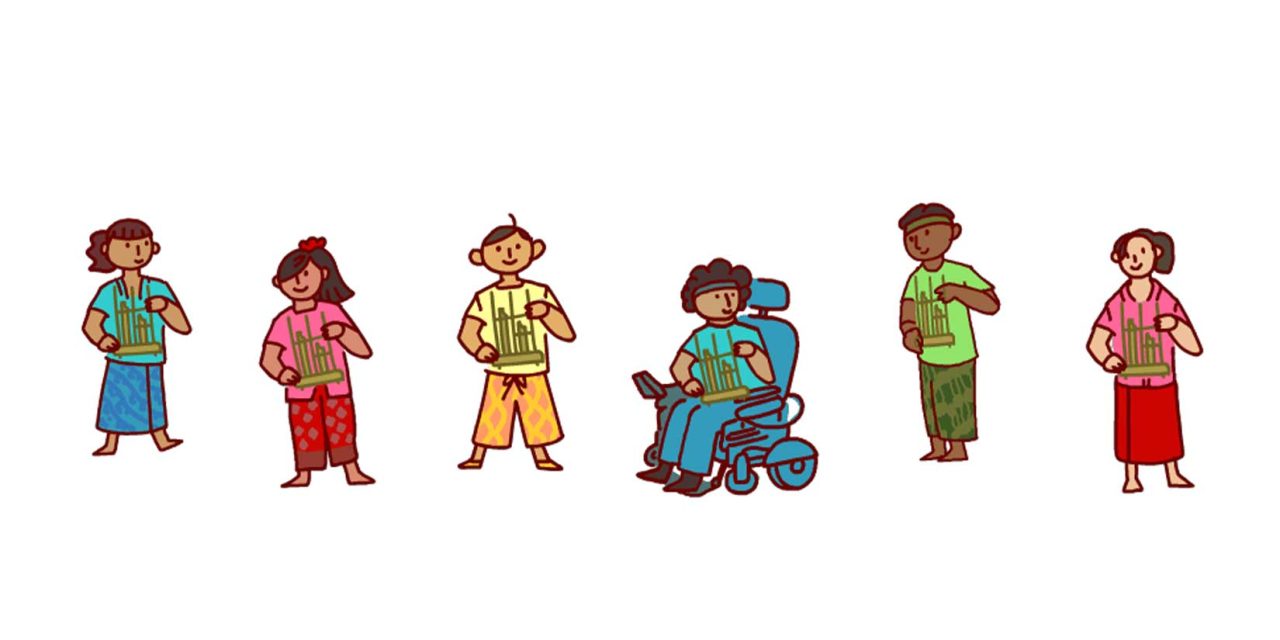 Today’s Google Doodle seen in limited regions celebrates the Angklung, which is a unique bamboo musical instrument that is played in Indonesia.

An interesting subject for a homepage Doodle, the Angklung was officially declared a World Heritage item on this day back in 2010 by UNESCO. Although you may not recognize the name, the instrument is actually played across the globe despite being a staple of Indonesian heritage.

Often consisting of just two tubes and a base, the entirely bamboo instrument is tuned by master artisans who will whittle various-sized bamboo tubes to create various pitches and tones. However, this means that each Angklung is only capable of playing one specific note. This helps create unique sounds to each particular Angklung, with sound generated when a player shakes or taps the bamboo base.

The actual instrument dates back some 400 or so years to West Java, Indonesia according to various records. In the old Sundanese tradition, it is played as a form of calling to Déwi Sri. A figure often described as the “Goddess of Fertility,” who upon hearing the instrument will give her blessings to framers rice crops. Baduy and Kanekes tribes still perform this ritual to this day.

Various varieties of Angklung exist, all with various origins and uses. In modern times, an Angklung arumba is an ensemble of bamboo-made instruments with xylophones, traditional drums, and more combined for ceremonies and events.

To mark the original occasion, UNESCO made a short documentary highlighting the unique cultural significance of the Angklung and what it means to the people of Indonesia. You can check out below: