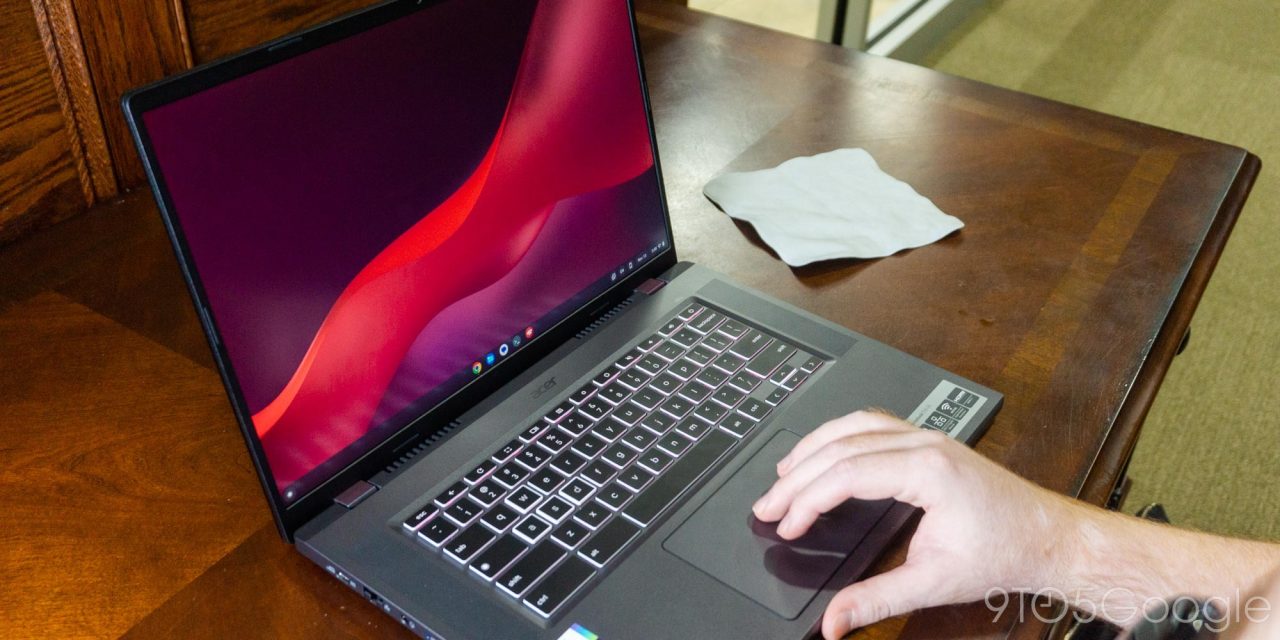 After using a Chromebook with a 120Hz display, I’m impressed with the things that work well, but ChromeOS still has some catching up to do.

In the last few months, manufacturers have unveiled not one, but two gaming-ready Chromebooks that include a display with a 120Hz refresh rate. Those are the Lenovo IdeaPad 5i Gaming Chromebook and Acer Chromebook 516 GE. By comparison, every other Chromebook released up to this point has run at 60Hz.

Through and through, these devices were built with gaming in mind, a fact that is made abundantly obvious by the splashy, colorful keyboards. More specifically, Acer and Lenovo both designed their Chromebooks to be as good as possible for cloud gamers.

Having used the Acer Chromebook 516 GE for a few weeks now, I can say with certainty that Acer has delivered on that. It has been nothing short of magical to play a demanding game like Cyberpunk 2077 on Ultra settings at 120 frames per second all from a Chromebook.

Beyond that, much of the core ChromeOS experience runs quite smoothly at 120Hz. Simple things like the app drawer and Settings app are all silky smooth, and the world of web apps suddenly feels faster and a bit more premium. Just writing this post in Google Docs was a joy to the eyes, with each keystroke appearing on screen just a hair sooner than it did before.

But today, ChromeOS is far more than just web apps. Between full support for Android apps, Steam games, and a Linux virtual machine, Chromebooks have a vast wealth of applications. However, once you step outside of the web-based apps, ChromeOS is locked in at 60 frames per second.

This all likely stems from the fact that ChromeOS’s “other” apps — Android, Steam, etc. — are all run in virtual machines. Hopefully, once the ChromeOS team finds a solution, Android, Steam, and cloud games will all be equally able to play at 120Hz. Until then, these high-end Chromebooks are only used to their fullest by Nvidia GeForce Now.

This has been something of a common pattern for ChromeOS over the years. When Google released the Pixel Slate in 2018, ChromeOS had just launched the bare minimum of tablet support — despite the company’s previous hopes to release the 2015 Pixel C as a ChromeOS tablet. In the months and years after the Pixel Slate’s release, the tablet experience steadily improved, but not in time to save Google’s tablet or prevent other ChromeOS tablet projects from being canceled.

With any luck, it shouldn’t be long before Google builds more in-depth support for the higher refresh rates that Chromebooks are now gaining. I just hope those enhancements arrive in time to enjoy them on the otherwise excellent Acer Chromebook 516 GE.