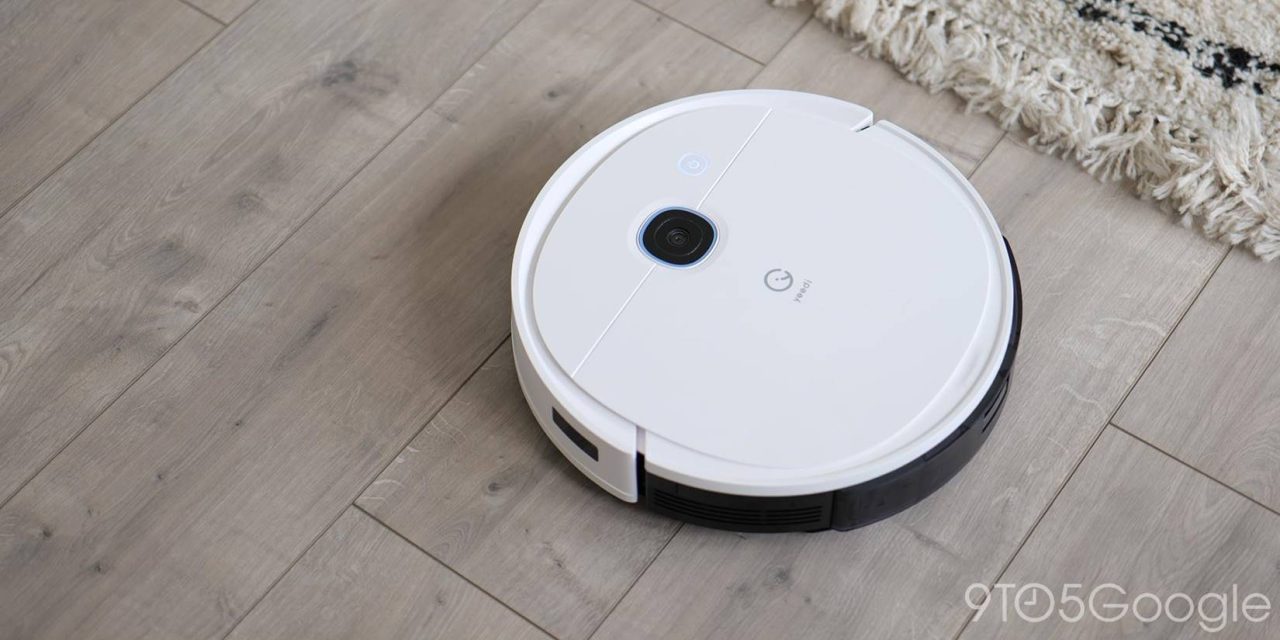 When you’re looking for a complete home cleaning companion that doesn’t break the bank, the Yeedi Vac 2 Pro could be considered a Google Home Essential.

How does this differ from other robot vacuums?

In simple terms, it doesn’t. At least it doesn’t all that drastically. What it offers that many other robot vacuums don’t is a full cleaning system. That includes regular dust and dirt suction, a floor mopping feature, and a self-cleaning station all for under $500. When compared to the rather excellent Roborock S7, which costs almost $700 without the self-cleaning dock, Yeedi’s cheaper alternative looks all the more enticing.

Unlike many of the cheapest robotic vacuum cleaners, it doesn’t just roll around your home bumping into walls, furniture, and other objects with no pre-planned route. Instead, it has sensors to detect any room boundaries with a bumper to prevent accidental collisions. You don’t need to worry about denting your walls, taking chips out of furniture, or the Yeedi Vac 2 Pro generally being a nuisance.

There is a dedicated Yeedi app that is needed for the initial setup process and any added customization controls. It’s functional and works well for this base process, but lacks a little visual flair that we often associate with such apps. That isn’t necessarily a negative, but the process of pairing with the Vac 2 Pro wasn’t as seamless as I had hoped. It took a few attempts for everything to be set up correctly. I still don’t know if that was an app issue or an account issue on my end.

When using the dedicated app you’re able to adjust and tweak a number of enhanced controls like the vacuum and mop water flow strength, selected area cleaning, plus add full cleaning schedules and room sequences to suit your personal preferences. I love the component lifespan tracker. It’s really great to know just how long a cleaning brush is expected to last before you need to consider replacing or repairing it.

Alongside the dedicated app, you can connect your Yeedi account and Vac 2 Pro to your Google account. As this isn’t a first-party piece of hardware, you need to head into the Google Home app and link the Yeedi service to your account for it to appear as a device in your smart home.

Assign to a room and, voila, you have the Yeedi Vac 2 Pro in your home and ready to be controlled fully by your voice. Those voice controls are still limited to what Google allows. So asking your vacuum to clean the “kitchen” might not work flawlessly unless you have added the room within the Yeedi control app. I kept things simple and mostly used “start cleaning” or “tell Robovac to go home.”

In both instances, these worked very well with a very minor two- to three-second delay for the Assistant to register my command and then seeing the Vac 2 Pro react accordingly. Once I had integrated with my Home account and set up boundaries, I have solely used the system with Assistant voice commands with no issues whatsoever.

How well does it clean?

Just like any vacuum, robot or otherwise, the Yeedi Vac 2 Pro lives and dies by its cleaning prowess. In my extended time set to an automated cleaning period, it’s a solid 7 out of 10 on the cleaning scale. Sure, it won’t quite match up to your existing “manual” vacuum cleaner and a little elbow grease, but it offers an easy daily program that takes care of things while you’re busy getting on with your daily life.

I really like the mopping function, it’s by far the most impressive aspect. With tiled and hard floors, it buffs nicely. That said, it still pales in comparison to a dedicated automated mopping solution like Yeedi’s own Mop Station Pro. I tend to use the mop option sparingly, as vacuuming is a more important regular task with a pet that casts hair and fur.

That said, I have nothing but good things to say about the mop add-on. It does a great job given that it’s an extra accessory and certainly helps as scrubbing floors is not my idea of a fun task. Each cleaning pad is thin and attaches via Velcro sections. I was not exactly solid on the idea of the pads at first, but they have been fine in the couple of months I’ve tested.

The fact that the pads are reusable and machine washable is another great bonus. This hasn’t stopped me from picking up a spare set for under $20. This just means I can switch the pads out if a room is particularly filthy. Plus these pads will wear down over time and eventually, I’ll need to replace them. A recent update has added “Virtual No-Map Zones” that allow you to ringfence areas where you may have carpets and other obstacles. You can set multiple areas and have the Vac 2 Pro just avoid when vacuuming, mopping, or both.

Previous automated vacuums I have used including the impressive but long-in-the-tooth Eufy 30C have struggled with floor obstructions and lacked mapping functionality. I have found that the vacuum roller can get stuck on half-chewed dog treats, but most of the time it reaches most of the most used portions of my home without issues. It’s interesting to see a heatmap that clearly outlines large obstacles in real time too.

The 0.45-liter bin on the underside of the Yeedi Vac 2 Pro fills quickly if you let it, but the auto-emptying functionality renders that a non-issue. The base station has a 2.5-liter bag that you’ll need to replace every month or so, but that alone is perfect for those of us that often hate doing regular household chores. As I’m sure many of you will agree, it’s impressive and frustrating in equal measure at just how much dirt can accrue just day-to-day if you let it.

When you consider the competition, the Yeedi Vac 2 Pro offers a pretty extensive cleaning package for almost half the price. It’s not fully automated given you need to change the mopping pad and fill the water tank, but that’s a fair compromise for most situations.

Yeedi’s hybrid approach and neat mapping features are reasons I think it’s a great addition to most homes — especially those with pets. An automated vacuum might not fully replace a “real” vacuum cleaner and a little bit of elbow grease, but it’s a good way to keep on top of two things if you’re especially busy.