AllCast users will soon be able to easily mirror their Android device’s screen on a desktop thanks to an update from the app’s lead developer Koushik “Koush” Dutta. The media streaming software already features Chrome integration, letting users broadcast media to desktops and this appears to be the next step of its evolution.

The streaming media app AllCast received a hefty update this morning with some much needed features. Koush, the developer and creator of the app, updated AllCast to version 1.1.1.6 on the Play Store. New with the update is a new tablet interface. The tablet design has a split view that allows you to browse your media selection on one side of the interface and control playback on the other side.

END_OF_DOCUMENT_TOKEN_TO_BE_REPLACED 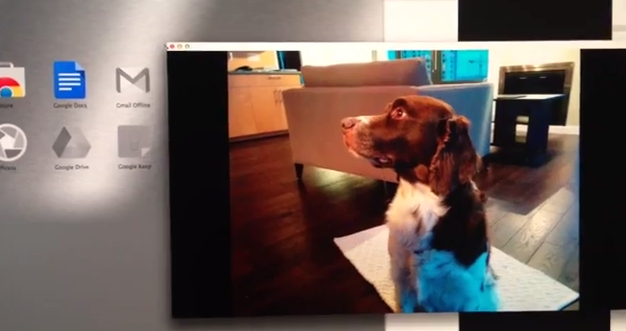 Building off the success of its mobile apps, ClockworkMod aka Koush has announced AllCast for Chrome. Available today at the Chrome Web Store, this fresh baked software lets you share photos, audio and video from your mobile devices to anything running Chrome, like a desktop, TV or Chromebook. Now before you start queueing up a playlist of content, you’ll wanna make sure that you have the latest version of the AllCast mobile, which is set to hit Google Play later today. In the meantime, you can watch this up-and-comer in action to see what the future might hold for your mobile media collection.

END_OF_DOCUMENT_TOKEN_TO_BE_REPLACED END_OF_DOCUMENT_TOKEN_TO_BE_REPLACED

The feature is still in an early beta, but it actually works quite well. The interface within the app still needs work, though, For instance, you simply see a list of all your videos and images, which can be rather cluttered for people with a lot of files stored in Drive. Folder support is in the works for the next update, however, according to Dutta.

In addition to Google Drive support, the update also includes various bug fixes, including a fix for those whose Chromecast and Android device were disconnecting after 30 minutes. The full changelog is below:

The update is available on Google Play now, for both the free and premium versions of the app.

END_OF_DOCUMENT_TOKEN_TO_BE_REPLACED Koushik Dutta, Cyanogen Inc co-founder and developer of the AllCast app that allows Chromecast streaming of local photos and video from your phone or tablet, has posted the above meme graphic hinting at the ability to mirror the entire Android screen to a TV. Earlier this month, ClockworkMod developer Koushik Dutta made his AllCast app available in beta to people willing to provide feedback on the app. This morning, however, Dutta released the app to the Play Store, making it available to everyone. AllCast is free to download, although there is a $4.99 premium option available to remove ads, splashscreens, and the limit on video length.

END_OF_DOCUMENT_TOKEN_TO_BE_REPLACED

Well-known CyanogenMod developer Koushik Dutta is at it again, this time with a new app for Android that allows users to beam their local content to a variety of set-top streaming boxes, including the Apple TV, Roku, Xbox, PS4, and any other DLNA renderers (via Engadget). The app, entitled AllCast, is incredibly simple to operate. Once it is installed, simply go to a video that is local on your device and tap the cast button in the upper right corner and a menu will pop up, asking you where you would like to cast it. Within seconds of choosing a device, the video will begin playing on your TV.

The process works very much like the Chromecast and Apple TV, though with local videos as well. AllCast is huge for Apple TV users, as it was easy for them to cast videos from their Android device to the set-top box. Though, it’s worth noting that it only works with local videos, not videos from streaming services.

In order to download AllCast, first you must join the ClockworkMod Beta Testers Community, then sign up to be a beta tester for AllCast, and then install the actual app from the Play Store.

Check out a video demonstrating the app below:

Developer of the third-party AllCast Android app, Koushik Dutta, says that Google’s latest software update for Chromecast blocks the app’s ability to stream local files to Google’s new $35 streaming device. The app had not yet made its way to Google Play, but Dutta claims (via TheVerge) that Google intentionally disabled support for AllCast in the latest Chromecast software update:

Heads up. Google’s latest Chromecast update intentionally breaks AllCast. They disabled ‘video_playback’ support from the ChromeCast application.Given that this is the second time they’ve purposefully removed/disabled[1] the ability to play media from external sources, it confirms some of my suspicions that I have had about the Chromecast developer program:

The policy seems to be a heavy handed approach, where only approved content will be played through the device. The Chromecast will probably not be indie developer friendly. The Google TV team will likely only whitelist media companies.

So far Google’s Chromecast only officially supports YouTube, Netflix, and content from Google Play, and to help it make deals with other big media companies it looks like it might have to limit access to streaming capabilities for third-party apps. The other side to that of course is that Chromecast allows users to stream a tab from the Chrome browser, which allows users to stream local content from their own devices anyway. Google hasn’t commented on the AllCast situation, but we’ll update you if we hear anything.