Unsurprisingly, Lenovo “product engineer” Ashton Kutcher is also doing online videos to promote Motorola. His last appearance demonstrated how people are incapable of not touching their phones. Now, Kutcher is talking with engineers and showing off features specific to Motorola phones. 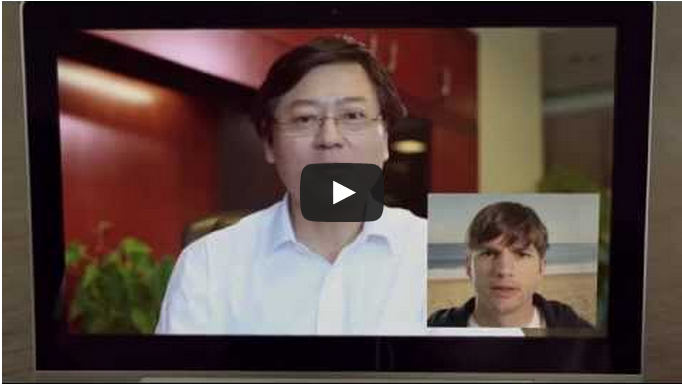 END_OF_DOCUMENT_TOKEN_TO_BE_REPLACED

Ashton Kutcher and Lenovo announce a line of smartphones, will be released later this year After announcing its acquisition of Motorola late last month, Lenovo is ending the month with another big bit of news. According to a new report from Re/Code, Lenovo has inked a deal with Ashton Kutcher, star of “Jobs” and “Two and a Half Men”, to release a line of smartphones later this year.

In an interview with the publication, Lenovo Chief Marketing Officer David Roman noted that while the deal does sound kind of odd at first, Kutcher is an engineer and fits the role very well.

“I know on one level, it sounds corny, but it is real. He not only sees himself as an engineer, but he is an engineer. If he sees a problem, he wants to solve it.”

Lenovo and Kutcher have been working together since October, with the actor taking on the role of developing and promoting the company’s Yoga line of devices. Kutcher won’t have much of a say in terms of the design of the phone, but look and feel of the software experience will very much be his.

Kutcher studied biochemical engineering at the University of Iowa, so he certainly is qualified. Although, he did drop-out to pursue a modeling career before graduating. He’s invested in numerous technology start-ups, however, including FourSquare and Uber.

END_OF_DOCUMENT_TOKEN_TO_BE_REPLACED

How to turn on/off Lockdown Mode in iOS 16, who it’s for, and how it works