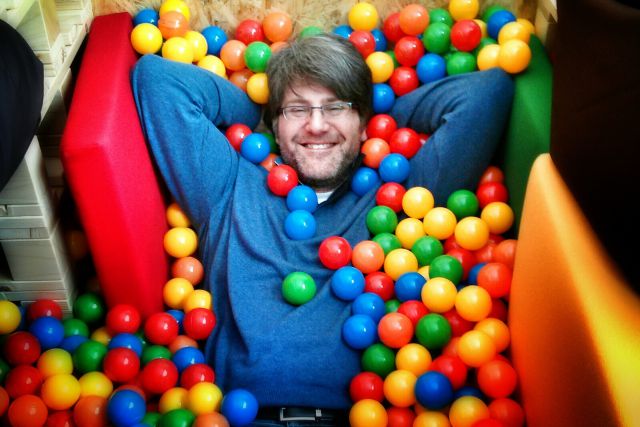 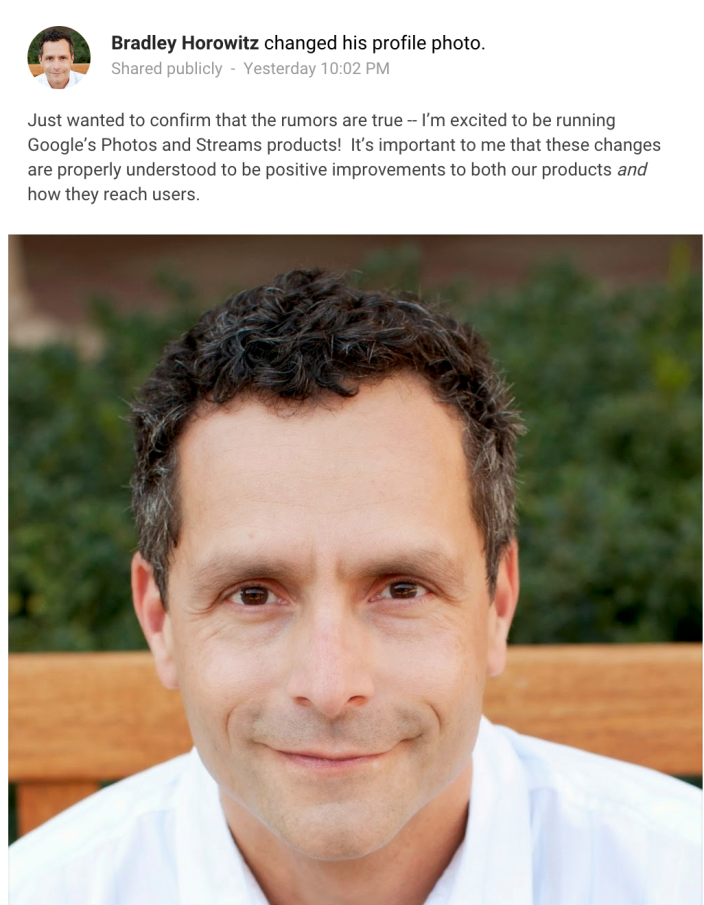 END_OF_DOCUMENT_TOKEN_TO_BE_REPLACED

Google’s Vice President of Product Management Bradley Horowitz announced a Google+ partnership with Flipboard and teased an enterprise version of the social network at Le Web 2012 in London this morning, but he also demonstrated Hangouts…on an iPad.

According to TheNextWeb, the Flipboard partnership will stream Google+ feeds into the app as part of the Mountain View, Calif.-based Company’s new Google+ APIs that now sport limited availability for developers. The integration will also allow Flipboard users to get access to posts, media, and other data without visiting Google+ directly. Other social networks on Flipboard include Facebook, Twitter, Instagram, and Tumblr.

Horowitz further demonstrated Google+ Hangouts at the conference with an iPad. TheNextWeb’s Jamillah Knowles was on-hand to ask the executive why he chose Apple’s tablet over an Android device for the conference, but his response was vague (as heard in the audio clip above).

The Googler was also obscure in regards to numbers. He noted the 170 million-user base for Google+ as a “stale” estimate, and he would not give specific stats on whether Google+ apps prod interaction. He did mention, however, that Google has dreams for its social network in the enterprise.

END_OF_DOCUMENT_TOKEN_TO_BE_REPLACED

Poll: Apple cuts HomePod pricing for employees, but what are you willing to pay?

When Google+ first launched, a good majority of people went crazy when they saw you could not use nicknames on the service. Luckily, Google is about to change that. Google’s Bradley Horowitz made a post on Google+ today, announcing that users will soon be able to add a nickname next to their full name in the coming days. You can see this modeled above with blogger Louis “Luigi” Gray.

The setting will appear under Edit Profile, where you can select your name by clicking on “More options.” It is worth noting that this will change your name across all of your Google Profiles.

For names that Google has deemed unacceptable, you can challenge it for personal use by providing the following information to the review team:

END_OF_DOCUMENT_TOKEN_TO_BE_REPLACED

Google Plus implements ‘a few big improvements’ for the New Year

Google Plus announced a “goodie basket” of functional features and big improvements for the upcoming New Year on its Official Google Blog today.

Bradley Horowitz, vice president of Google Plus product, posted the blog and claimed the new features were on everyone’s wish list.

The first feature mentioned is “Pump up (or down) the volume,” and through the addition, Google will enable users to fine-tune their streams.

“When viewing the stream for a particular circle, you’ll now see a slider at the top that lets you adjust how posts from that circle should be blended into the main stream,” wrote Horowitz in the blog post. “That way you’ll never miss a post from that special someone, and you can tweak these settings to form your own ‘perfect stream.’”

The first big improvement discussed in the blog is “More useful and attractive notifications,” and with it, Google offers sneak previews to allow users efficient social content navigation… END_OF_DOCUMENT_TOKEN_TO_BE_REPLACED