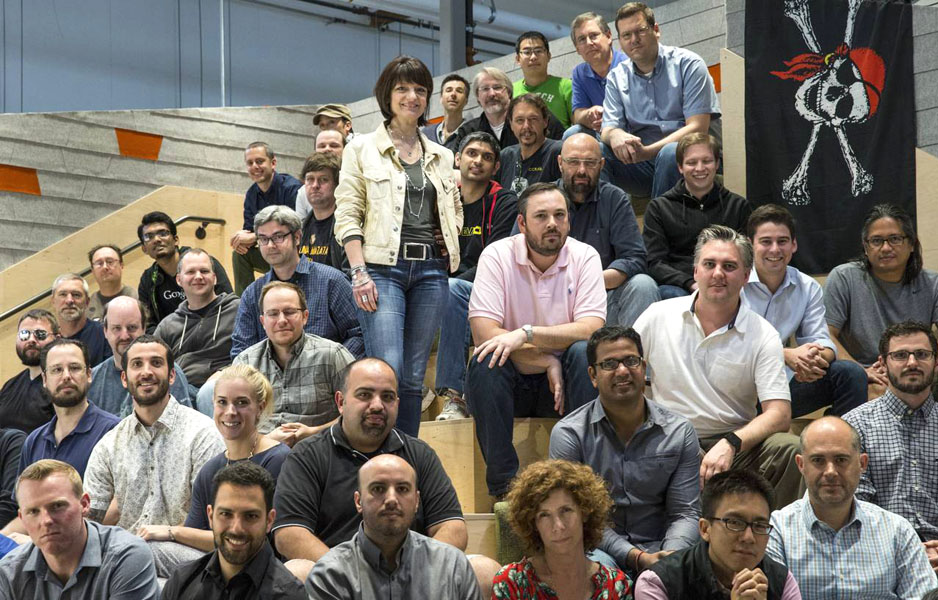 The company is ruthless about killing off projects which don’t deliver notable results, said Dugan, who was hired by Google in 2012, and it doesn’t always let them run as long as two years …  END_OF_DOCUMENT_TOKEN_TO_BE_REPLACED

Ahead of the first Ara Development Conference on 15 & 16 April, Google has released a teaser video showing a few glimpses into the project to create a phone with swappable modules, allowing customers to configure a phone to order and update individual components at a later date …  END_OF_DOCUMENT_TOKEN_TO_BE_REPLACED It may not look like much, but this anonymous-looking plastic box could represent the future of military sensor and surveillance systems. It’s a prototype of a DARPA (Defense Advanced Research Projects Agency) design for a modular sensor system for military applications called ADAPT, an acronym DARPA somehow manages to get from Adaptable Sensor System … END_OF_DOCUMENT_TOKEN_TO_BE_REPLACED

The TVA is going green. Is Trump taking revenge?

O.K., really that headline is a bit misleading. We have no idea what the now-former DARPA head has been hired to do at Google, and the department would only tell us the scripted:

“Regina is a technical pioneer who brought the future of technology to the military during her time at DARPA. She will be a real asset to Google and we are thrilled she is joining the team.”

Besides pulling off designer jeans, Wired profiled her other qualifications:

Dugan’s emphasis on cybersecurity and next-generation manufacturing earned her strong support from the White House, winning her praise from the President and maintaining the agency’s budget even during a period of relative austerity at the Pentagon. Her push into crowdsourcing and outreach to the hacker community were eye-openers in the often-closed world of military R&D. Dugan also won over some military commanders by diverting some of her research cash from long-term, blue-sky projects to immediate battlefield concerns.

“There is a time and a place for daydreaming. But it is not at Darpa,” she told a congressional panel in March 2011 (.pdf). “Darpa is not the place of dreamlike musings or fantasies, not a place for self-indulging in wishes and hopes. Darpa is a place of doing.” For an agency that spent millions of dollars on shape-shifting robots, Mach 20 missiles, and mind-controlled limbs, it was something of a revolutionary statement.

You will recall that Google’s Driverless cars were born from the DARPA Grand Challenge, so perhaps we will see her join the ranks of Google’s X team. The videos below of Dugan talking feature her deep knowledge on the type of cyber-hacking that Google has accused China of in the past.

END_OF_DOCUMENT_TOKEN_TO_BE_REPLACED