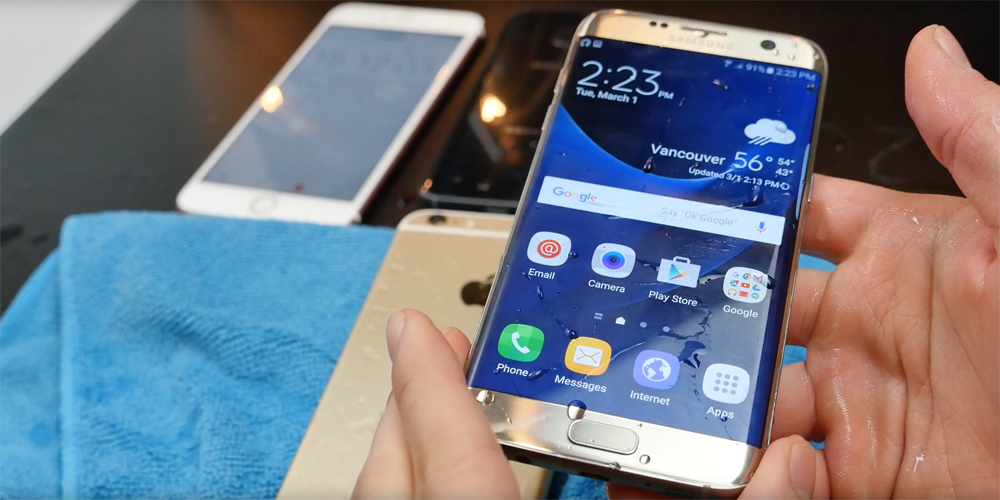 So, you’ve managed to get early delivery of a shiny new Samsung Galaxy S7 edge, what’s the first thing you do with it? Try your best to destroy it is the answer from a couple of YouTubers out there.

JerryRigEverything put the device through scratch, burn and bend tests, while EverythingApplePro pitched the smartphone against Apple’s iPhone 6 Plus to see how it fared when submerged in water and dropped on the ground …

END_OF_DOCUMENT_TOKEN_TO_BE_REPLACED 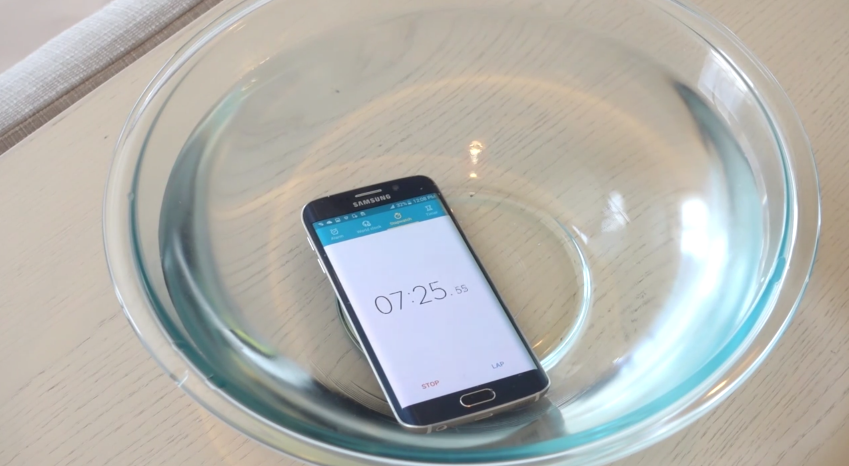 Every time a new flagship smartphone comes out, YouTube reviewers and testers like to push them to the limit and see how far they can go when brutally tortured—for science, of course. And now that the Galaxy S6 is landing in the hands of some buyers, these tests are finally starting to hit the internet. One YouTuber tests the phone’s waterproof abilities despite it no longer technically being waterproof, and another just absolutely smashes the phone on the ground to see what happens…

END_OF_DOCUMENT_TOKEN_TO_BE_REPLACED

Kyocera has published a new video of its Sapphire Shield smartphone cover in action, pitting it against standard impact-resistant glass in a few drop and scratch tests. As you might expect, the sapphire cover fared much better than the glass. While the glass display was easily scratched and shattered using a piece of granite, the Sapphire Shield looked like it had just come out of the box.

The Sapphire Shield can currently be found on Kyocera’s Brigadier smartphone, which became available from Verizon last week. The phone is currently one of a few to sport a sapphire display, though it’s widely believed that Apple will be debuting such a device early next month.

You can see the full Sapphire Shield stress test below:

We’ve enjoyed seeing the new iPhones get smashed to pieces in the inevitable drop tests that followed the launch of Apple’s two new smartphones this month, but what we really want to know is how it holds up against some of its Android competition. SquareTrade has just completed a durability test (via AllThingsD), and found that not only are the new iPhones not performing as well as last year’s models, the new 5s and plastic-backed 5c were both beat by Motorola’s new flagship Moto X:

“We were expecting that at least one of the new iPhone models would up its game but surprisingly, it was the Moto X that proved most forgiving of accidents,” SquareTrade marketing chief Ty Shay said in a statement. “This is the first time we’ve tested the breakability on a Motorola phone, the only phone we’ve ever tested that’s made in the USA. We were pleased to find that it withstood our drop, slide and dunk test with only the slightest dent. It looks like Google is giving Apple and Samsung a run for their money.”

The new iPhones did, however, beat out Samsung’s Galaxy S4, which was also included in the durability test. END_OF_DOCUMENT_TOKEN_TO_BE_REPLACED