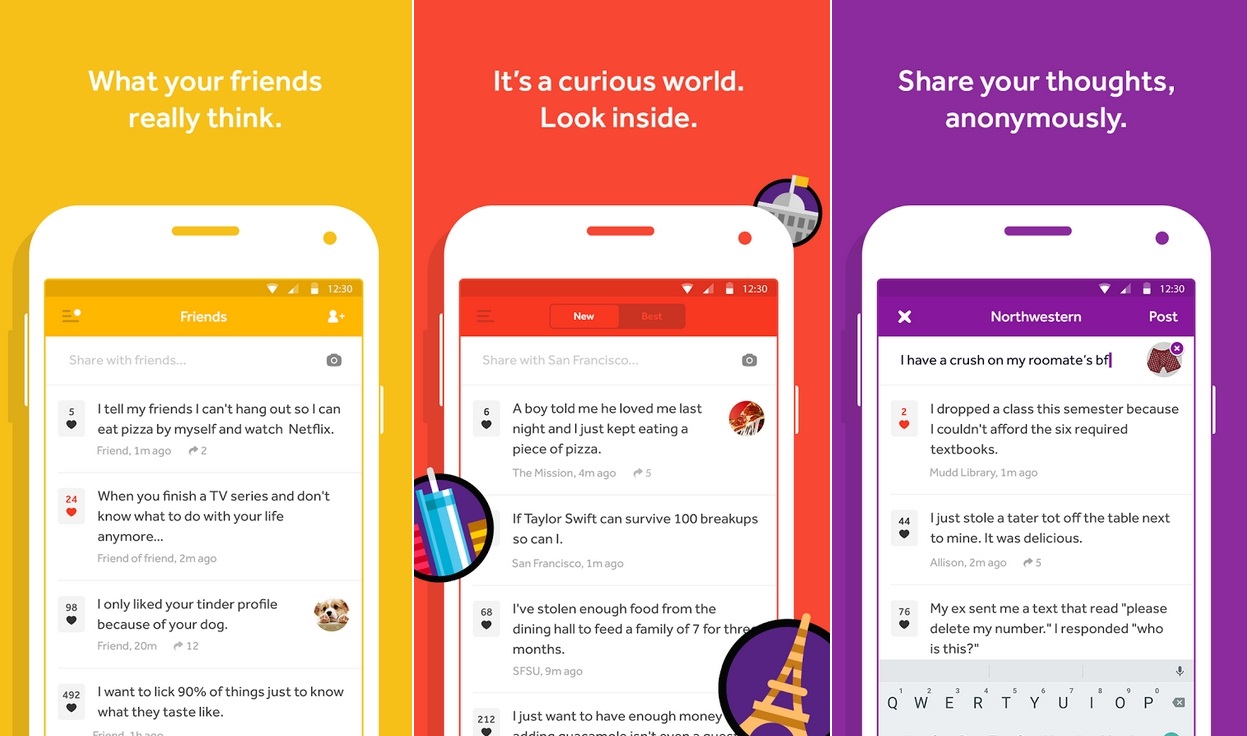 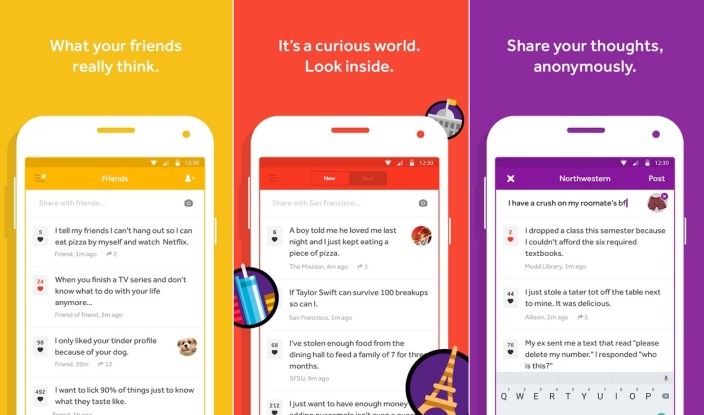 Secret was one of the first to the anonymous social network category of apps, but Yik Yak recently took the spotlight and started really catching on with the college crowd. It appears that Secret felt a bit threatened by its university-based competitor. Today, the app has been updated with a completely new appearance, a new, cuter version of its fox mascot, and a re-imagined way of communicating with those around you anonymously.

END_OF_DOCUMENT_TOKEN_TO_BE_REPLACED

The popular anonymous social sharing network Secret may be under fire in Brazil, but in the U.S. and abroad the software lives on, and today received a big new update on the Android platform. The new version both adds and removes several capabilities to the app.

One of the most important changes in the new build is the removal of the ability to access photos saved to a device’s photo library. The camera is still fair game, but Secret is attempting to cut down on personally-damaging photos by taking away the option to upload older images.

That’s not to say that the camera is the only way to upload photos, though. The app now supports Flickr search so users can still find just the right photo for their posts without the need to go through their photo libraries.

END_OF_DOCUMENT_TOKEN_TO_BE_REPLACED

A judge in Brazil has had it with the anonymous bullying carried out on social networking apps like Secret  and has stepped in to put a stop to it, according to a report from  Estadao [translation]. Judge Paulo Cesar de Carvalho has ruled that Google must delete the application from its Play Store, but the ruling doesn’t stop there.

According to the report, the judge has demanded that Google remotely delete the application from every device that has installed it in the country. While that might sound like a hilarious case of a judge not understanding how technology works, you may be surprised to learn that it’s actually a capability that Google has, sort of.

END_OF_DOCUMENT_TOKEN_TO_BE_REPLACED

Secret, an anonymous microblogging service that’s grown in popularity in recent months on iOS, is today announcing a global expansion alongside confirmation of an upcoming launch on Android (via TechCrunch):

Secret’s first moves outside of the U.S. will be to several English-speaking countries – namely the UK, Ireland, Australia and New Zealand.

Meanwhile, the Android launch also is still coming up but there are plenty of hints that it’s also imminent — or in the words of Chrys Bader-Wechseler, who co-founded the startup with David Byttow, Android is “well along and on the way.”

The company isn’t sharing many details on how many users it’s picked up so far, but it did note that a common misconception of the service is that it’s mostly being used by Silicon Valley insiders: “I think that one of the misconceptions is that Secret is only about Silicon Valley, but your stream is generally representative of your address book. We see secrets from all over,” Bader-Wechseler tells me. “People talk about their lives and things that are specific to the human condition.”

“We see about 75% of people who have friends on the network will come back every week,” he says. “If they participate in a conversation, 90% will come back.” Those who are returning do so a lot, opening the app between eight and 10 times each day. “You see people on the app all day basically, an interesting and a good sign.”

No word on exactly when you can expect to see the Android version, but we imagine the news will likely break first as an anonymous status on the Secret app.