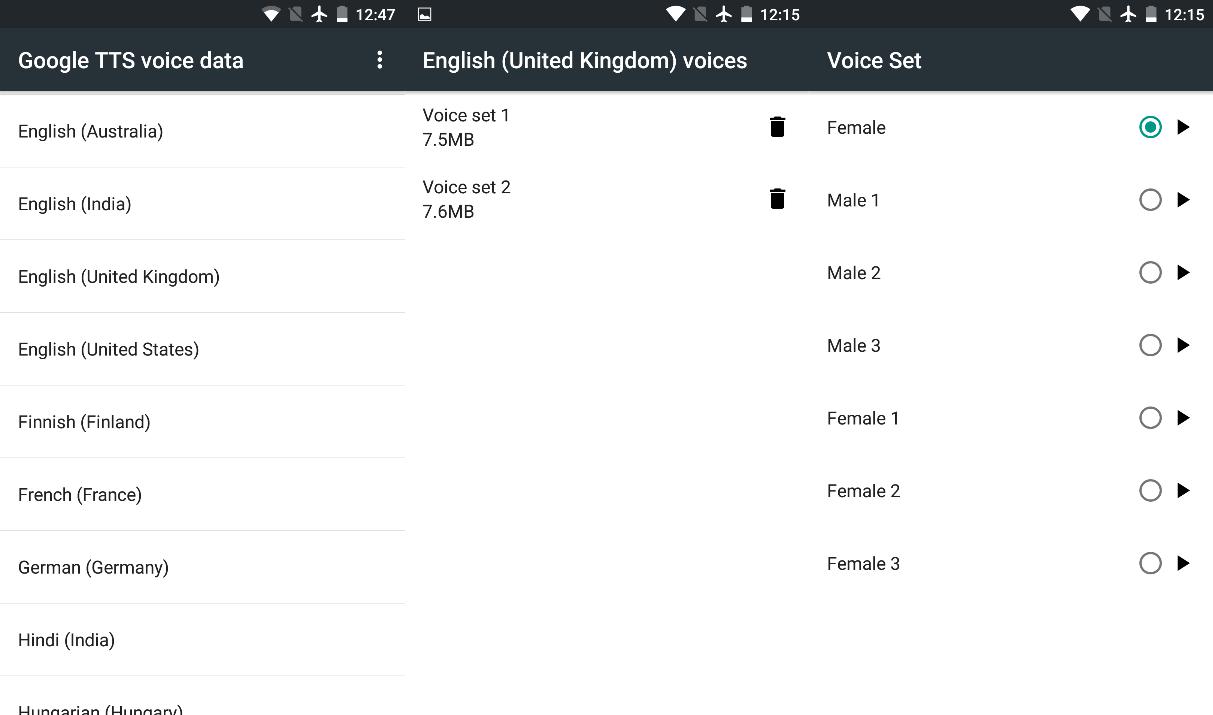 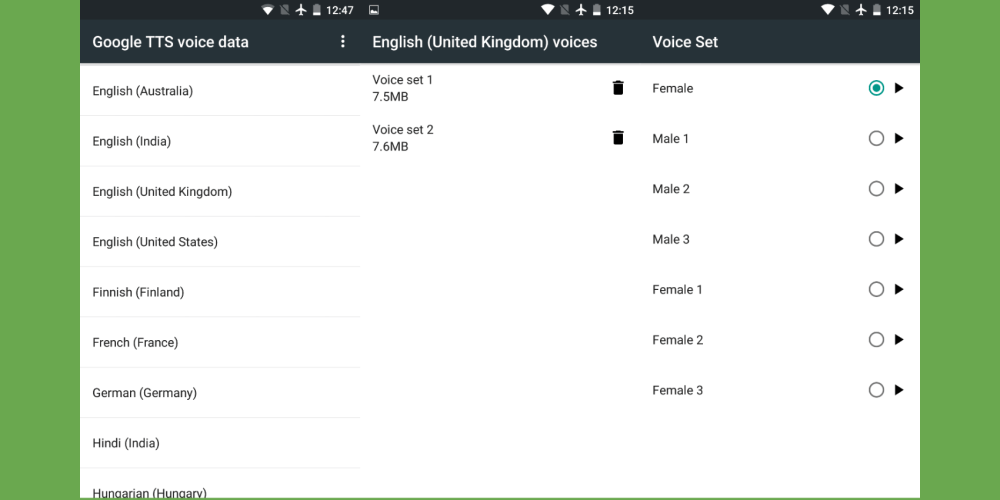 From improving the quality of their standard voice to adding regional accents, Google has made great strides in making computers sound more natural. Text-to-speech (first spotted by Android Police) has recently been updated to have multiple male and female voices.

END_OF_DOCUMENT_TOKEN_TO_BE_REPLACED Google this afternoon released a small update to its Text-To-Speech app on Android. The update bumps the app to version 3.1, and while it may not be the biggest update, it certainly packs some useful changes for a handful of users. The update adds support for selecting and speaking text in Polish, Dutch, and Russian. It also improves its already existing support for some English dialects spoken in India.

END_OF_DOCUMENT_TOKEN_TO_BE_REPLACED

Google has rolled out a massive update to its Text-to-Speech Android app that includes a variety of enhancements. The update, which began rolling out to devices yesterday evening, bumps the app to version 3.0. Most notably, this update improves the voice functionality and quality. While the voice was originally rather robotic and boring, this update makes it more fluent and realistic, much like Apple did with Siri in iOS 7. The updated voice is available in several languages and both male and female varieties, but each language and style runs about 200MB, so be sure you’re on WiFi when you download them. The voices are also now available in Portugese (Brazil), and Spanish (United States).

The user interface has also been tweaked heavily. The voice management screen has been redesigned to show the size of each download, as well as detailed information about the voice.

The update is rolling out gradually on Google Play, so be sure to keep an eye on the Play Store for it to hit your device.

END_OF_DOCUMENT_TOKEN_TO_BE_REPLACED

Google has just issued a big update to its Chrome app for iPhone and iPad that brings new “interoperability with other Google Apps” and a number of other notable features. That means that you’ll now be able to open all links for YouTube, Maps, Google+ and Drive in their native apps instead of in the browser.

The update also brings enhancements to the newly introduced voice search capabilities, including: always visible controls from the toolbar and text-to-speech support for “all variations of English, Spanish, German, Italian, French, Japanese, and Korean.”

Other improvements in today’s update include fullscreen support on iPad, easier access to browser history, and, according to Google, data cost savings:

Reduce data usage and speed up page load times.  View data savings in Bandwidth Management settings. This feature is being rolled out and will be available to all users over time.

Google explained the experimental data cost savings feature in a whitepaper when it was first introduced on Android. Google said its tests showed the feature will reduce data usage by up to 50%: