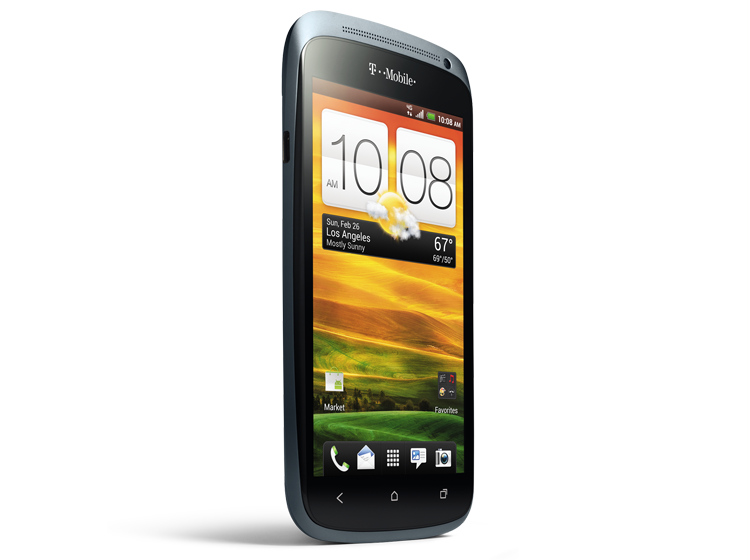 T-Mobile’s launch of the HTC One S should be seen as the first real phone benchmark for 2012. That is good because 2011 was a bad year for both T-Mobile and HTC.

We have a bold new generation of devices from a beaten up manufacturer on a carrier that is just now emerging from the AT&T merger/breakup.

Without even turning the One S on, you will immediately marvel at the hardware. It is an incredible 7.8mm thin, which is significantly thinner than the thinnest Galaxy S2 or iPhone 4S. It is also 118g light, yet it is a metallic solid, owing to its unibody aluminum construction. With angular/rounded corners, it feels great in the hand and the dark Gorilla Glass on metal look is as nice of a design as you will find on any device. It has three capacitive buttons on the bottom, which we owe to the new Ice Cream Sandwich user-interface.

It is hard for me to imagine someone going into a T-Mobile store and coming out with anything else but this phone.  Sure, the new Galaxies have slightly bigger screens, but this feels much more solid and has the same resolution. Moreover, last year’s HTC Sensation and Amaze feel like a grenades compared to the svelte HTC One S.

Every indication I have had in the few hours that I’ve tested the HTC One S is that this is a great phone. On the way into T-Mobile’s event this evening, I took the Metro North into New York City’s Grand Central Tunnel. On a T-Mobile Amaze, I was unable to get a signal as per usual. On the way out, however, I was able to get a signal with the HTC One. At home in the suburbs, I am getting four bars where I normally see two bars to three bars on T-Mobile devices. That’s a great start.

Test after test and this thing is at the top of the list. The 8-megapixel camera is one of the best I have ever seen in a phone, even though it is less than 8mm thin. Although I am generally opposed to overlays, HTC’s Sense 4.0 camera software is awesome as are the results.  The LED flash is bright yet is tempered by software to not throw a spotlight on pictures.

Perhaps most impressive is the 4.3-inch diagonal OLED 960-by-540 pixel screen—great angles, dense pixels, and bright. It feels very similar to the Droid RAZR screen, which I also liked.

The OS runs smooth as silk, and 1GB of RAM hold many Chrome windows. The One S moves through apps incredibly swiftly. The touch screen is incredibly responsive and reactive.

I received my demo unit about 5 hours ago at close to a full charge. I used it as a wireless hotspot on the way home as well as some YouTube, Maps, and lots of web browsing. In fact, I have been playing with it almost non-stop since. It is still significantly over 75 percent of a charge. I will have time for more long-term tests over the next week, but the battery is already impressive.

On my way out of New York, I was getting 8MB to 10MB data speeds, and in my suburban home, which is far out of reach of WiMAX and LTE antennas, I get a fastest ever 6Mbps.  Upload speeds are not far behind.

What am I going to complain about here?

I am really at a loss – there are very few gripes here and it took me awhile to think of these.

Some small things: Overall, I am never a fan of Sense or any other overlay. As a single Android platform, it usually does not make *sense* to differentiate for the sake of differentiation.  However, HTC has done a solid job of getting Sense to compliment Android 4.0.3, and as I said before, the Sense 4 camera software is some of the best I have seen.

The MicroUSB charge/synch interface is on the side. I would prefer the bottom just for ease of charging, but in almost every case, it does not matter. I would have also liked a kickstand like in the Sprint EVO One. Dedicated HDMI out does not exist on this device for those few who would want such a thing.

The battery is non-removable, but truth be told those external USB power supplies are usually a much better solution than swapping batteries.  As I said before, the battery is lasting a strangely long time.

Sound from the small speakers is as good as you will hear in a smartphone this size, and HTC Beats sounds are included for listening on the headphones. But it is not a Jambox by any means.

Along with Sense 4.0, T-Mobile bundles this phone with a bunch of T-Mobile apps like “Mall” and “More for me.” They also bundle T-Mobile TV, which I actually like and enjoy.

Speaking of T-Mobile, this is the first big phone announcement it has had since the AT&T merger was called off last year. The party with Carly and Dale Earnhardt Jr. Jr. was a big show, especially coupled with the new “No More Mr. Nice Girl” ad campaign that is putting the world on notice that T-Mobile is back. I am told there will be some ongoing spectrum announcements (made with proceeds from the AT&T merger fail$) that will make T-Mobile more competitive than it has been in years.

Couple that with great “4G” plans and even some compelling prepaid ones, and T-Mobile is looking good.

If you want a T-Mobile phone right now, the One S is a no brainer.  For $200 over the two-year activation, this is a much better value than any of the free phones that will save a few bucks. As with all Androids, however, there will be a better product a few months down the road that beats this one.

In fact, if T-Mobile has a solid network in your area, it is hard to imagine a better phone at a better monthly price on any carrier. Sure, the Galaxy Nexus and iPhones might have a few better qualities, but overall, the One S is a contender for best smartphone out there—bar none.  T-Mobile’s fast network makes the phone a great value.