Kindle Fire HD review: Why can’t this just be an Android device? 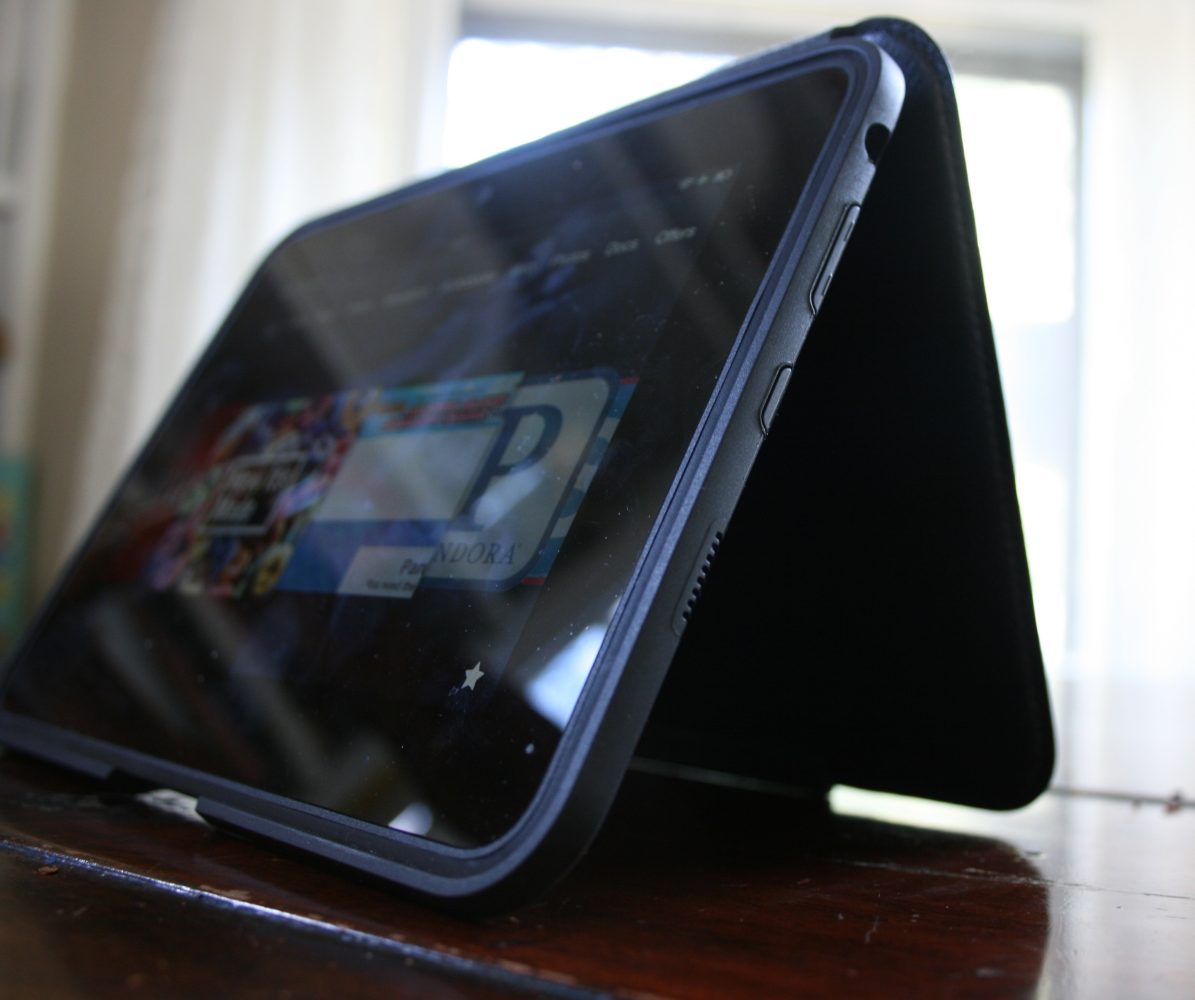 I (and, to be honest, more my kids) have used the Kindle Fire HD for over a month, and I thought I’d share some thoughts from an iPad/Android user’s perspective.

The hardware is excellent and a significant upgrade from the original Fire. It feels extremely solid and the 1,280-by-720 HD display looks great. The speakers are better than either the iPad Mini or the Nexus 7 and not barely — by a long shot. I wouldn’t go so far as to say they are “stereo speakers” (it is a 7-inch device obviously and there is little separation), but they are both louder and clearer than the competition. The HD is also noticeably thinner than the original Kindle Fire, but that comes at the expense of bigger bezels that give it a bigger footprint than the same-screened Nexus 7 and similar size to the bigger-screened iPad Mini. This is unfortunate because one of the nicest things about the size of a 7-inch tablet is either it can squeeze into a back pocket or, more likely, a coat pocket…and those inches count. Neither the iPad Mini nor the Kindle HD fit in my jacket pocket as well as the much more slender Nexus 7.

But, that’s not the biggest problem…

Amazon included the Kindle Fire Case that has a (weak) magnetic cover and activates the device when opened. On the top-middle, when looking at the device in landscape mode, you’ll notice a camera. It can be used to make Skype calls. Like the Nexus 7, but unlike the iPad mini, there is no back camera. One small gripe: it often takes a few seconds after restarting to find the Wi-Fi signal—perhaps less than 5 seconds of lag over iPad and Nexus 7.

Moving to the software, we find upgrades to the original Fire’s software but nothing overwhelming or disorienting. While this is Android underneath, as it plays most of the apps built for Android phones and tablets, it only hooks into Amazon’s own Appstore that has a subset of the apps available for the platform.

Most of the other big apps are there, though, including: Facebook, Twitter, Netflix, Hulu, Angry Birds, and Skype. (I made one Skype test video call. It was normal). Still, there is a gaping hole in my computing life. Even iOS has a couple of Google Apps.

And then, there is the flip-side. I love the Fire, because I can play my Amazon Prime movies and TV shows for free (well, with the $70 yearly prime membership I usually get for shipping items inexpensively). I own a bunch of Amazon music and movies, and streaming content is a joy on the Kindle Fire, but should I buy some more? I’m thinking no.

Amazon won’t put its streaming video app on the Google Play market, or hasn’t yet, even though it would be easy to do so, but it has a streaming video player for Apple’s iPads. Unfair and perplexing.

Clearly, it would be easy to port the video player to ‘legit’ Android. Amazon wants to make its Kindle Fire unique, though, against the other Android tablets that cost around $200. The omission is bad for consumers, but it is worse for Amazon—which professes to only make money from sales of media.

So, why not just join AOSP? Amazon could move all of those developers who are creating an alternate—not superior—forked version of Android into creating great experiences on all Android projects. Meanwhile, Google could partner with Amazon in getting content on Android devices.

Google still owns revenue generation through search and geo, while Amazon does what it does best in selling media across all platforms.

Perhaps creating Amazon’s own experience made sense before the Nexus 7 was released and Android tablets were kind of a mess. But, now that Google’s Nexus tablets are in the wild, Amazon has to work extra hard to create an experience that only comes close to measuring up to the original (in my opinion) and sells for the same slim margin prices. That makes no sense.

The only reason I’d recommend the Fire HD over Nexus devices (or an iPad for that matter) is if you are so heavy into Amazon content and pretty darn sure you’ll never switch platforms. Otherwise, grab a Nexus 7 for the same price to get all of Google’s incredible apps and a device that better fits into your pockets.