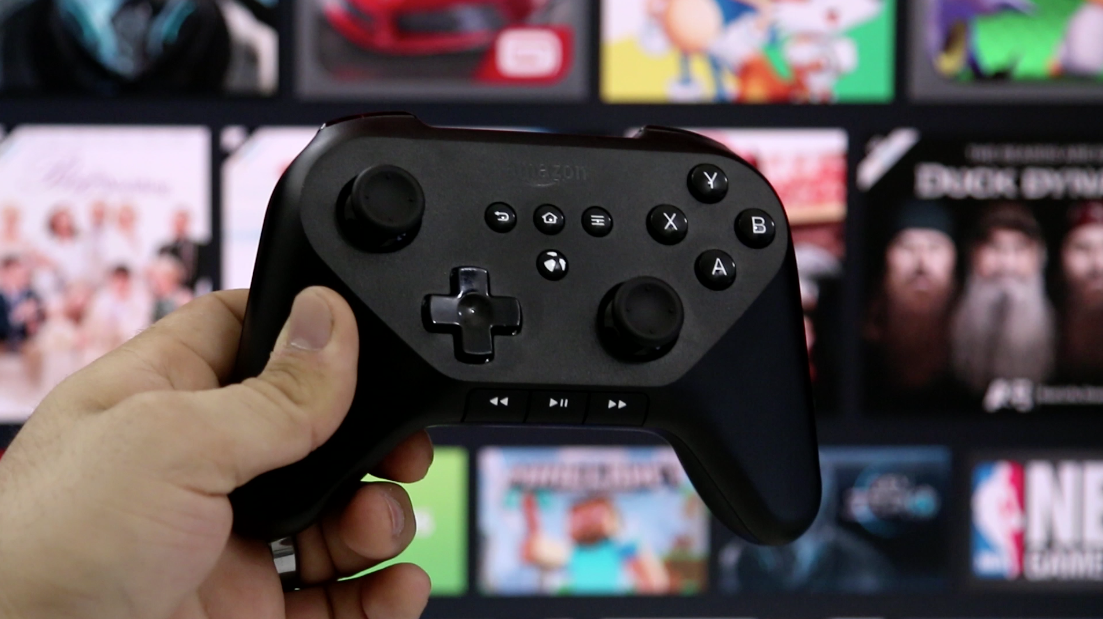 Amazon’s new Fire TV set-top box may seem like every other solution on the market, but there’s one big difference. Fire TV has built-in gaming features that will allow you to play compatible Android games that are available within Amazon’s app store. The bad news is, if you’ve previously purchased any of the compatible titles from the Google Play Store, you’ll need to repurchase them from Amazon. Check out the video overview above for an overview and demo of Fire TV gaming.

Loaded with a quad-core Snapdragon 600 processor, Adreno 320 GPU, and 2GB of RAM, Fire TV has a lot of potential in the gaming department. Don’t get me wrong, we’re just talking about Android-based games, but Fire TV definitely provides a smooth experience for every game we’ve tested. This definitely won’t replace a traditional console, but overall it’s an impressive implementation.

In order to play certain games through Fire TV, you’ll need to purchase the official controller or any of the third-party solutions, but that’s not required for all of the games that are currently available. Games such as Asphalt 8: Airborne, can be played with the remote control that ships with Fire TV. While other complex games like Modern Combat 4 will require the controller accessory.

The official controller (available for $39) accepts two AA batteries which Amazon claims will power it for up to 55 hours of gaming. Along with that, it connects to Fire TV via Bluetooth through a simple pairing process. The build quality is pretty good, and while it may not be as fancy as an Xbox One or PlayStation 4 controller, it feels comfortable in your hands and should hold up over time. At the moment, there aren’t many games available to Fire TV owners, but Amazon plans to expand this category over the next month. The main issue with gaming on a set-top box such as Fire TV is the available storage. While testing Fire TV’s gaming capabilities, I installed about 6 games and found myself with less than 500MB left out of the initial 8GB of storage available. Though it’s important to note that the amount of usable storage was only around 6GB due to the operating system and required files. There is a USB 2.0 port on the back of Fire TV, but it’s currently inactive and Amazon hasn’t announced any plans for expandable store yet.

Overall, the gaming experience on Amazon Fire TV isn’t perfect, but it definitely gets the job done if you’re looking for a little entertainment. Amazon doesn’t expect Fire TV gaming to become a huge success, but it’s nice to know that someone is trying to take the traditional set-top box in a different direction. To find out more about Fire TV or its controller accessory, visit Amazon’s official product page.