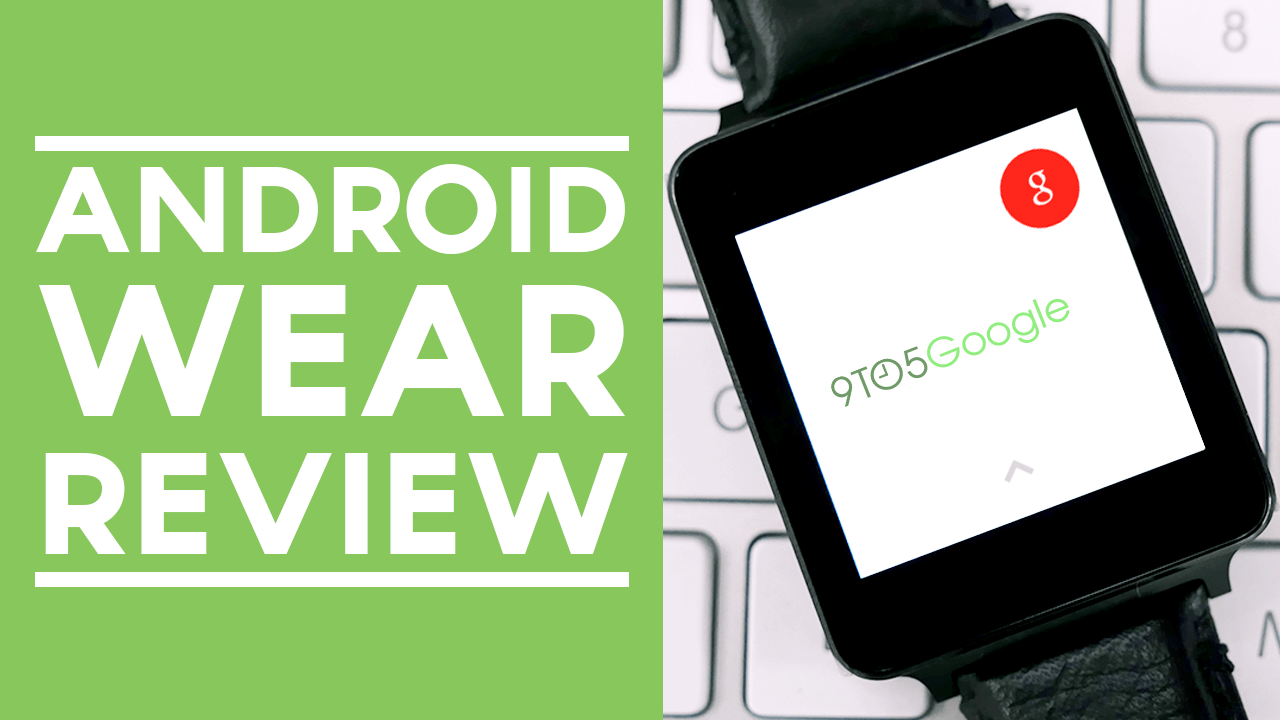 When Android Wear was first announced, I was very impressed. Aside from Google Glass, Android Wear and its associated devices is Google’s first major step into the wearables market for consumers. Let’s be honest, Glass came around a bit too early and it’s definitely not ready for mass consumption.

LG, Samsung, and Motorola jumped on the Android Wear train and so far, we’ve seen a couple of different smartwatches hit the market. The G Watch and Gear Live are our first Android Wear devices and I’ve been getting to know them over the past few weeks. This my experience…

I didn’t expect much from Android Wear out of the box. Guess what? I was right. That’s not necessarily a bad thing, but essentially this is an extension of Google Now on your wrist. Along with that you have all of the development power that comes along with Android, but that’s just it, developers need to harness that power. App development can make or break just about any platform. Unlike Tizen though, Google and Android have a good amount of help in this department.

In a nutshell, you have Google Now, notifications, and access to a handful of third-party apps and services on your wrist. Within the Android Wear app, you can access compatible apps via the Play Store arranged in a nice familiar list. You’ll find classics like Runtastic, Tinder, Lyft, IFTTT, Google Keep, and more. Currently, in the “Android Wear” section of the Play Store there are around 45+ compatible apps. There’s even a launcher available for Android Wear, which I highly recommend.

When installing a compatible app, you’ll get the Android version on your smartphone and its Android Wear companion will be installed on the smartwatch. In some cases you’ll just get an Android Wear app with a placeholder icon in your app drawer on the connected smartphone. The apps are cool, but there are only a select few that I actually use. For myself, IFTTT, Google Keep, and Wear Mini Launcher get the job done. It’s obvious that Android Wear and compatible apps are a bit lacking at the moment, but hopefully time will fix that. Android Wear notifications are in the form of cards, much like the ones you’ll find with Google Now. When a notification comes through, you can use swipes to easily access various actions related to the notification. For example, when I get an email, I can tap on it to extend the preview and read most of the message. From there, I can choose to reply to it (this actually opens up the message on your smartphone), archive, delete, etc.

When I get a tweet, the notification pops up and I can swipe across it and access different actions. If you use Hangouts a lot, you’ll be happy to know that you can also reply to incoming messages with your voice, but in the future I’d love to see this work with Twitter and other apps.

As far as Google Now is concerned, it does a pretty good job at giving me the information that I need, when I need it. If I’m out and about, I can see my drive-time back home, local weather information, a built-in step counter (which isn’t super accurate on the G Watch), and other useful tidbits of information.

In addition to that, with just a raise of my wrist and the “Okay, Google” command I can easily initiate a call, send a text, email, set a reminder or an alarm, and much more. If you’re a big nerd like myself, you might enjoy our Android Wear home automation article. I’ve set up my smartphone and G Watch to control various smart devices around my house. Following the “Okay, Google” command I have the ability to “turn off office lights,” “turn down the temperature,” “wake up my Mac,” and much more using a combination of Tasker, Google Now, and other third-party Android services. It’s a very interesting process and a lot of fun once you get it up and running.

Let’s talk about hardware for a moment. The G Watch, Gear Live, and Moto 360 (coming soon) are your only options at this point in time. I’ve been using LG’s G Watch as my daily smartwatch and overall, I’ve been very happy with the experience. I’ve found that the G Watch is more comfortable than Samsung’s Gear Live and I like the sleek all-black look. It’s rather thin and looks great with my black leather Fossil strap. The body is constructed of plastic and metal, but has a very solid build. Check out the video above for a closer look. As far as specifications go, the LG G Watch features a 1.65-inch IPS LCD display with a resolution of 280 x 280 (240 PPI). Internally the G Watch is powered by a 1.2 GHz Snapdragon 400 processor, 512MB of RAM, a 400mAh battery, and 4GB of storage. The specifications aren’t very impressive, but they seem to be enough to get the job done and keep the UI fluid.

I think LG’s initial Android Wear solution is great, but like many others, I’m very interested in the Moto 360. I won’t make any judgements until I get my hands on it, but I have a feeling it will be the most popular smartwatch of the three. Keep in mind, this is all happening very early in Android Wear’s development, so it’s very possible that by next year we’ll have more powerful and advanced solutions, but only time will tell. For now, I’m content with my G Watch. It suits my style, performs without lag, and carries acceptable battery life in my opinion. Speaking of battery life, I’ve been able to get about a day and a half from the Gear Live or G Watch. That may not be good enough for everyone, but I don’t think it’s deal breaker. I haven’t found a good reason to keep it on for longer than a day and charging either smartwatch isn’t very difficult. Sure, we’d all love longer battery life on everything, but think of the limitations that come along with the form-factor in this case.

Should you buy an Android Wear smartwatch?

Overall, I’ve been impressed with Android Wear and the devices we have so far. I’m very excited to see what the future holds for this platform and compatible devices. It’s hard to give you a definitive verdict though. Android Weat hasn’t been around long enough to be shaped and transformed into a long-term product. Google has a good head start, but I have a feeling we haven’t seen everything this wearable OS can do.

As for the G Watch and Gear Live, these are both early entry-level options. The G Watch is available for $229, while the Gear Live can be had for $199. If you don’t care about the premium look and form-factor that will come along with the Moto 360, either of these smartwatches will work for you. For more information on the Samsung Gear Live and LG G Watch, be sure to check out our Android Wear smartwatch battle. What do you think about Android Wear?