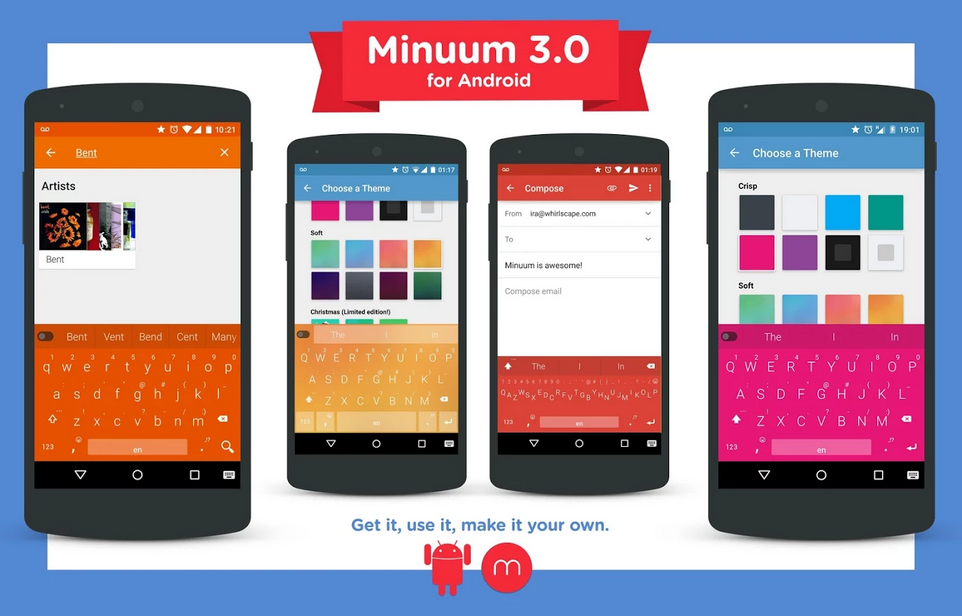 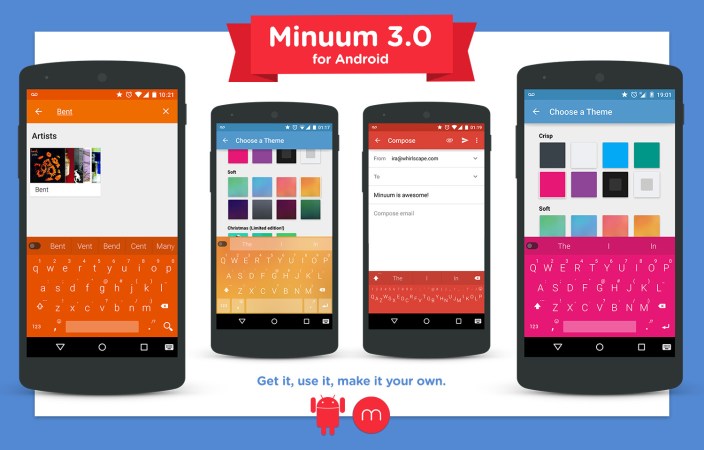 If you’ve ever tried any third party keyboards on your Android device, there’s a decent chance that Minuum was one of them. Today, version 3.0 of the space-saving keyboard has begun rolling out, packing a slew of new features including Material Design and experimental support for simultaneous use of multiple languages.

The update is one of the biggest ever for Minuum, and the company says they’ve been working on it for a while now. You’ll find that it comes with improvements to autocorrect (something much needed amongst basically all keyboards), the aforementioned addition of multilingual typing, and “tons” of new themes that sport a material, textured look. The update also packs a few themes made specifically for Christmas, as well as some “adaptive” themes that take a lesson from Lollipop and change depending on the appearance of the app you’re using.

As said by Minuum in their announcement blog post:

The wait is over! Minuum 3.0 for Android is the big update we’ve been working on for the past few months, with major improvements to our autocorrect and a hotly requested multilingual typing mode. Our update has tons of new themes to celebrate full Android Lollipop support. New material design themes, textured themes, Christmas themes, and special adaptive Lollipop themes that change colour depending on the app that you’re in!

The company has also announced today that they’re rolling out an update for their experimental Android Wear app, which, at the moment, doesn’t really serve any practical purpose. As for the update to the Android app, you can grab it right now for free on Google Play. Otherwise, you’ll need to purchase the app for $3.99.