Android 5.1 made official, will begin rolling out to Nexus devices today 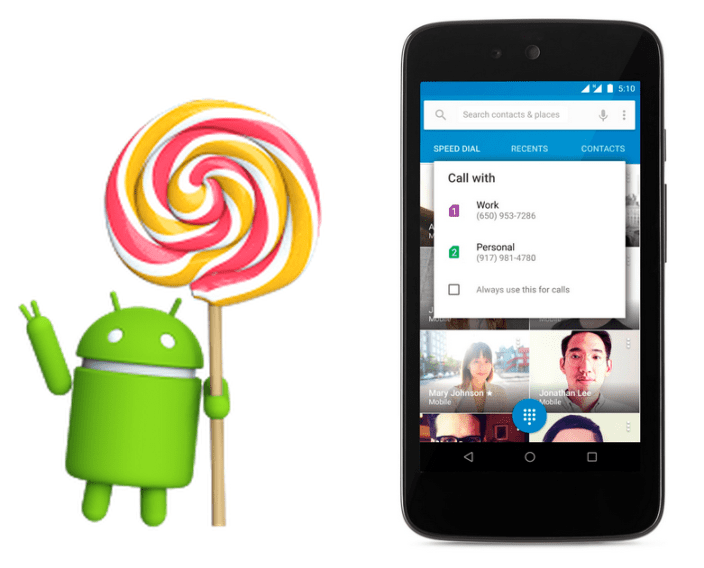 Google today has made Android 5.1 Lollipop official. The update, available previously only on select Android One devices, brings a host of enhancements and changes to the operating system. A report earlier this week stated that the update would be made official this week, and it looks like that has now happened…

In a post on the Android Blog, Google revealed all of the changes that are coming with the update. First off, there is now support for multiple SIM cards with Android 5.1. Google says that this feature is supported on devices that have more than one SIM card slot and works well for people who have to share phones with family members. This feature is especially useful for Android One devices.

Next, Android 5.1 offers Device Protection, which is feature that will ensure that a lost or stolen device will remain locked until the original owner signs into it with his or her Google account. Similar to Apple’s Activation Lock, the feature works even if someone resets a stolen device to factory settings. This feature, Google says, will be available on devices that ship with Android 5.1, as well as the Nexus 6 and Nexus 9.

Android 5.1 also includes a variety of bug fixes and performance improvements, including enhancements to the ability to join WiFi networks and to control BlueTooth devices via the Quick Settings interface. The update will begin to rollout today and T-Mobile has already confirmed that its Nexus 4 and Nexus 5 variants have started receiving the update. Android 5.1 carries build number LMY47D on T-Mobile.

Notably, the Verizon Nexus 6, which is going to be made available on March 12th, should be shipping with Android 5.1 on-board.

Read our full run down of Android 5.1 features here.