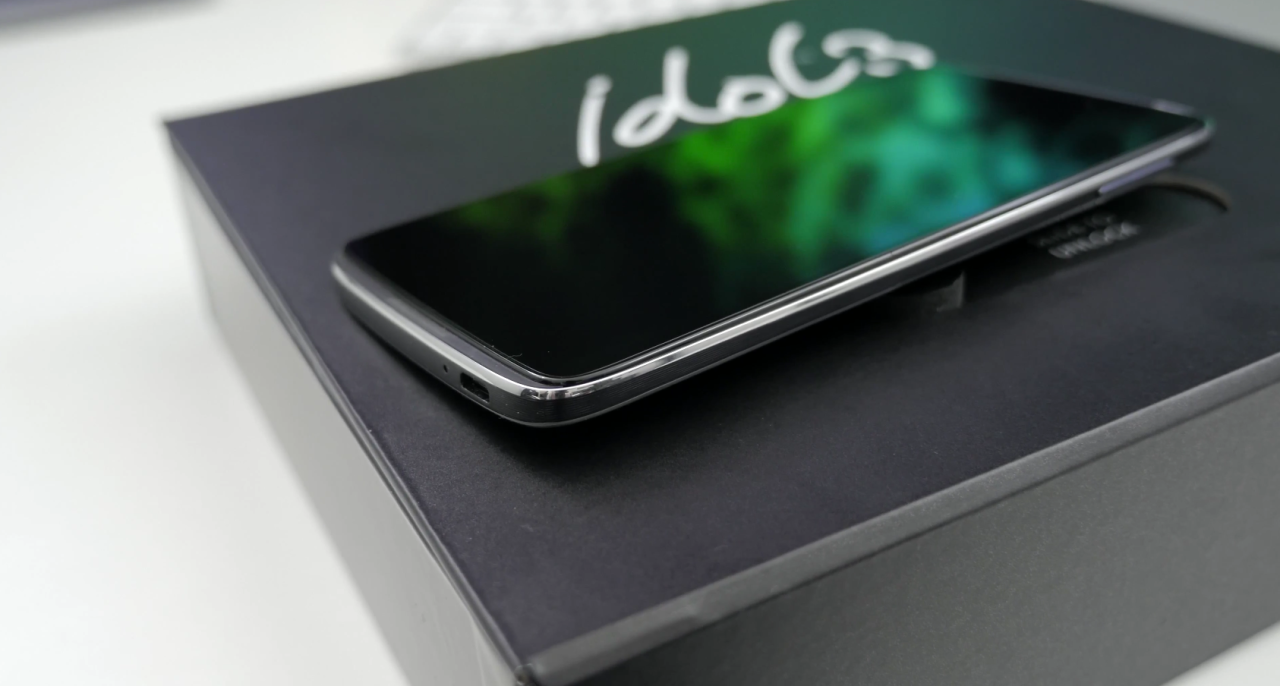 There’s no denying that 2015 will be filled with smartphone releases, but only a few will shine as the best in the budget category. We’ve seen a few major players make their mark in this area recently, but back at MWC 2015 Alcatel OneTouch announced a budget offering that may give the others a run for their money. The Idol 3 smartphone is in many ways a budget flagship smartphones. We’ve been pretty excited to get our hands on it and today, we’re doing just that…

Recently, Alcatel OneTouch sent us our a special package which included our review unit, so we thought it would be cool to show it to you. Keep in mind, this is not retail packaging, but the contents of the box shown in the video below will roughly be the same if you decide to pick up this smartphone for yourself.

Check out our unboxing and first impressions video below:

First impressions are everything in this world and the Idol 3 is definitely not a letdown. The 5.5-inch display is pixel packed, crisp, and very bright. The body is made from plastic, but it feels very solid in the hand. As far as budget phones go, the build quality here gets a solid A+ in our book.

On the backside you’ll find a 13-megapixel Sony sensor, while the front features an 8-megapixel selfie shooter, both of which are capable of capturing up to 1080p video. The Idol 3 also features dual front-facing stereo speakers which sound great upon first listen. Along with that, the software experience is nearly stock Android 5.0.2 Lollipop, with the default icons being the only differentiators. Speaking of software, it has been buttery smooth so far, but we’ll be putting it through some rigorous testing over the next couple of weeks.

Another interesting feature here is the fact that this smartphone is fully reversible. It features a speaker and microphone on both ends of the device, so there’s really no wrong way to pick it up. The user interface will flip when rotated and you can answer phone calls in either direction.

For a full look at the Idol 3 , be sure to check out the above video and stay tuned for our full review coming up in the near future. The Idol 3 isn’t available just yet, but you can preorder the 5.5-inch version for $249.99 which is set to release in May. There’s also a 4.7-inch model with similar specifications, but currently there’s no word on availability. Let us know what you think about the Idol 3. This could be one of the best budget smartphones for 2015.