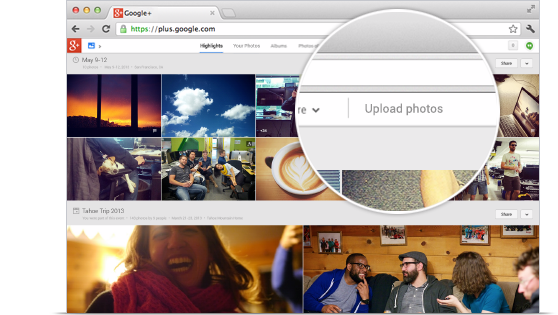 According to sources for Bloomberg, Google is set to announce an “an online picture sharing and storage service” separate of Google+. This isn’t exactly groundbreaking news, but it’s further confirmation of something we’ve been hearing about since as far back as August of last year.

Google Inc. is set to reveal an online picture sharing and storage service that will no longer be part of the Google+ social network, people familiar with the plans said.

The service is almost surely going to be announced at the company’s Google I/O developers’ conference, with the kick-off keynote event happening on Thursday, May 28th. Not only would that make the most sense, but “the people” for Bloomberg seem to agree.

Google recently began laying the groundwork for the new photo sharing service, with the company introducing the ability to access Google+ photos directly from the Google Drive Android app in March of this year. With Google+ still growing slowly at best, it makes sense that the Mountain View company is prepping to give its photo offerings more independent attention.