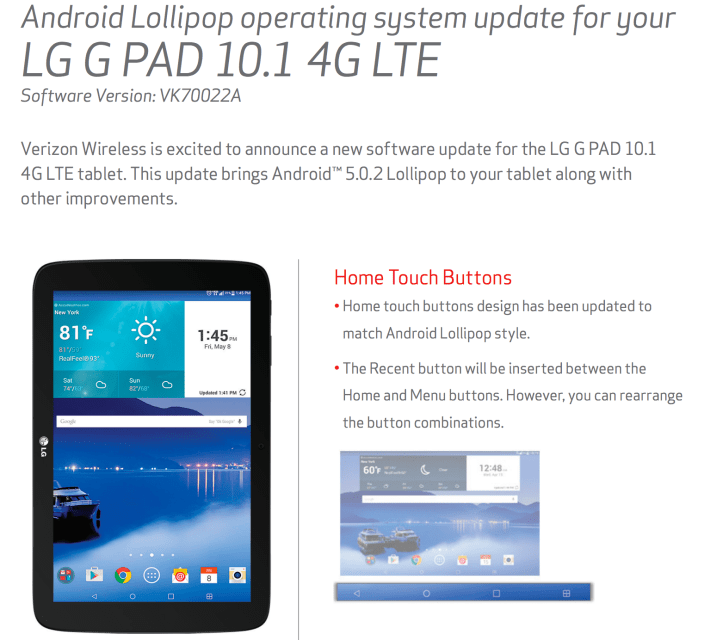 The Verizon LTE variant of the LG G Pad 10.1 was released last November, which can feel like a long time ago here on the Internet, but Verizon hasn’t forgotten about owners of the tablet as it’s now receiving an update that sees its software version bumped to the 5.0.2 version of Android Lollipop. The actual software version number of the tablet, since of course LG has its own skin (albeit a light one) over Lollipop, is now VK70022A.

First, the UI elements specific to LG’s layer have been updated to fall in line with Google’s Material Design suggestions, and everything you’d expect from Lollipop is there as well: Smart Lock for authenticating the device when other trusted devices are nearby, notifications on the lock screen, the Interruptions menu which provides granular control over which app notifications light up your device, as well as Floating Action Buttons and the Screen Pinning feature. The notifications panel has also been completely redesigned and displays both notifications and quick settings within the panel. 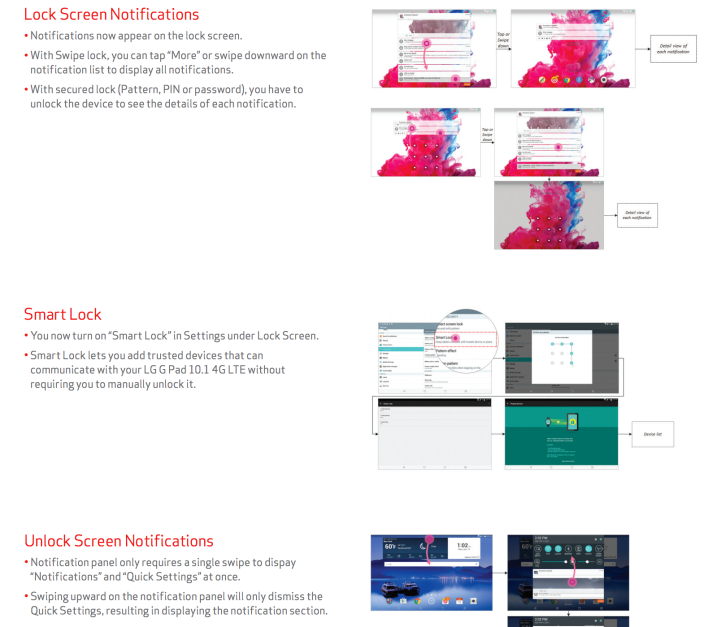 The update should be rolling out over-the-air now but carrier OTA releases are notorious for taking a week or two to reach everybody, so hang tight if you don’t see it in your system updates.