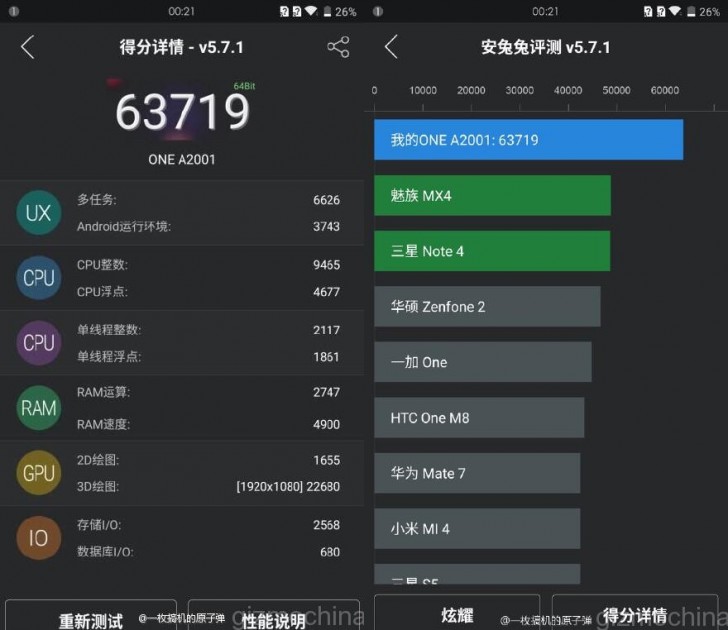 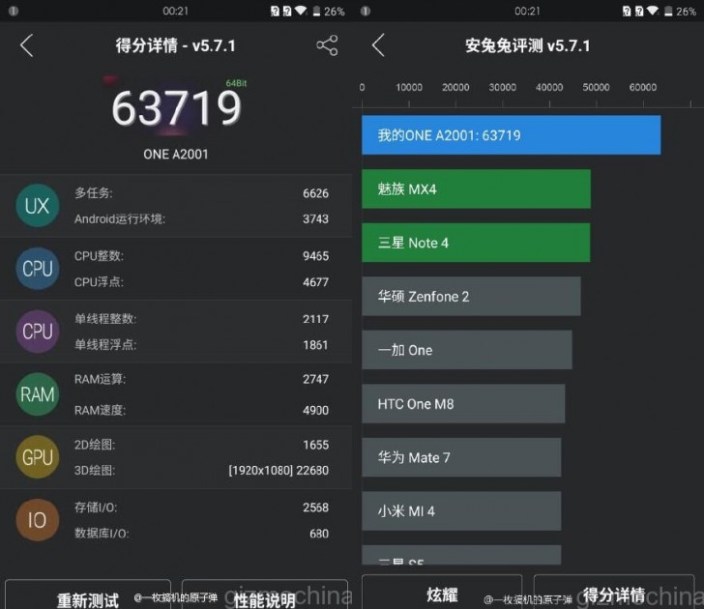 The details of the OnePlus 2 have slowly been making their way out thanks to OnePlus’ ingenious — and annoying — marketing tactics. We know so far that it’s going to have a Snapdragon 810 V2.1 SoC, 4 GB of RAM, a 3,300 mAh battery, and a sweet new 13-megapixel camera. And while all of these specifications are nice to know, there’s still something we won’t know until we actually get to test the phone out for ourselves: how it performs. AnTuTu scores have typically been a good indicator of this, however, and now the OnePlus 2 has been spotted hitting the benchmark app once again, scoring a modest 63,719.

The phone, which is conveniently labeled “ONE” and has the model number A2001, can be seen compared to the scores of other popular handsets of late in the above screenshot. As you can see, the Xiaomi MI 4, Meizu MX4, Huawei Mate 7, HTC One M8, and the ASUS ZenFone 2 among others pale in comparison. What this score doesn’t tell us, however, is how well the phone is going to handle all of this in terms of heat management — especially with the Snapdragon 810. What we probably don’t have to worry about, though, is that OnePlus is underclocking the 810 to get it to cool down. This score is far better than what we saw previously.

The phone is going to be priced somewhere between $322 and $450 ($449, anyone?), and will be launching officially in virtual reality fashion on July 27th.