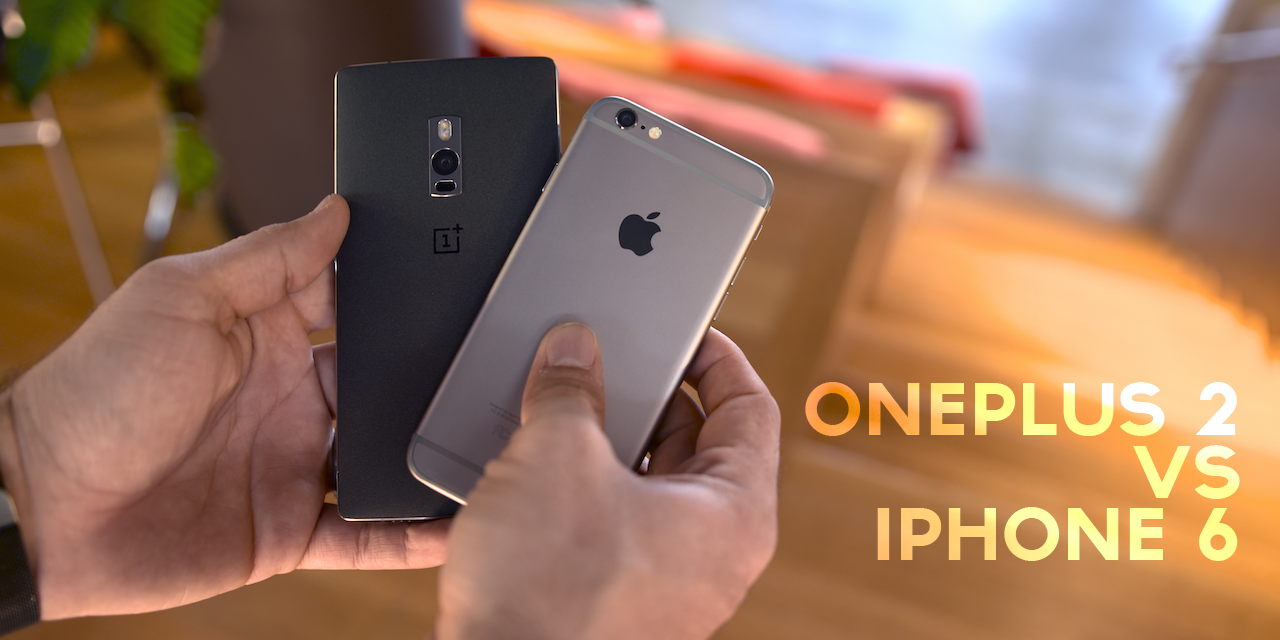 Today we’re comparing Apples to Oranges. Well not really, but instead Apple’s iPhone 6 to OnePlus’s new flagship killer on the block. Question is, does the OnePlus 2 bring enough to the table in order to take on one of the most popular smartphones on the planet?

Apple’s iPhone 6 may be nearly one year old, but that doesn’t mean anything in terms of performance with iOS. On the Android side of things, the OnePlus 2 features a Snapdragon 810 processor and 4GB of RAM, which makes the iPhone’s dual-core processor and 1GB seem kiddish, but both devices perform with ease.

We have two very different smartphone designs. Apple’s iPhone 6 is made up from all aluminum with a seamless metal and glass design, but like the OnePlus 2 there’s no removable battery or Micro SD card expansion. The OnePlus 2 features an improved build this time around, using a solid aluminum frame and keeps the same magnesium composition internally.

It initially ships with a Sandstone black back cover, but these can be swapped out for any of the various StyleSwap covers available. On the flip side, you can’t really personalize iPhone style outside of the Silver, Gold, and Space Gray colors offered by Apple.

Check out our OnePlus 2 vs iPhone 6 video below:

On the bottom side of each device we’ll find speaker grilles and microphones, but the OnePlus 2 features a USB Type-C connection port, while Apple’s iPhone 6 sports its proprietary Lightning connector. Apple’s iPhone 6 features NFC, but it’ll really only be useful for Apple Pay.

Also, be sure to check out our OnePlus 2 unboxing and hands-on or our comparison to the OnePlus One.

Buttons between these two are somewhat similar. Apple’s iPhone has a lock button on one side, with volume buttons and a mute switch on the other side. The OnePlus 2 features a volume rocker and lock button on one side and an Alert Slider which functions similarly to the iPhone’s mute switch on the other side and allows you to switch between various alert modes in Android. 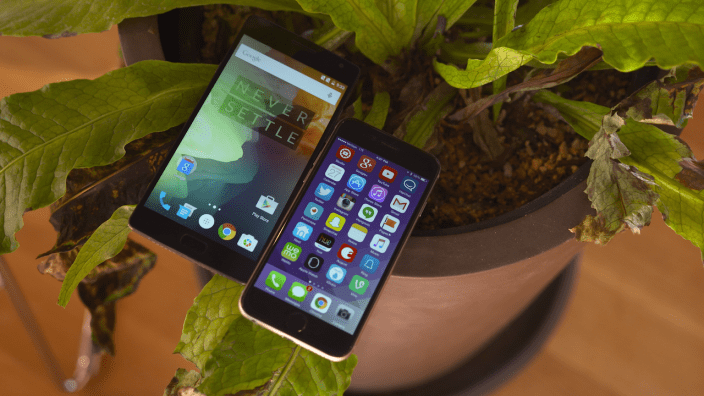 On the bottom end of the iPhone 6 you’ll find Apple’s signature home button with a built-in Touch ID fingerprint sensor. This can be used to unlock the device, input passwords, or even authorize mobile payments through Apple Pay. OnePlus included a fingerprint sensor this year centered at the bottom of the front panel, but with no NFC it won’t be used with Android Pay. On each side of that new capacitive fingerprint sensor/home button are two other buttons for back and multitasking. 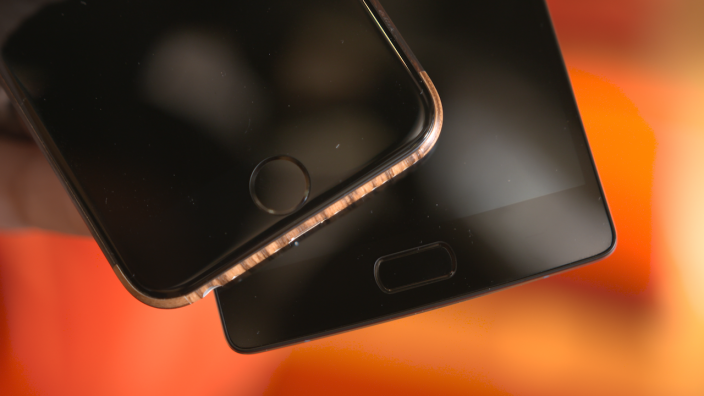 As for camera performance, this may be somewhat subjective, but there’s definitely a difference in megapixel count with the iPhone 6 coming in with 8 of them and up to 1080p video recording, while the OnePlus 2 features a 13-megapixel shooter with optical image stabilization and laser auto focus. I’ve put together a OnePlus 2 photo gallery you can find here, or check out 9to5Mac’s iPhone 6 review for photo samples to compare. At the end of the day, Apple’s iPhone is about to be refreshed and could bring some improvements to beat out the OnePlus 2, but for now I think I’ll stick with OnePlus. For $389 unlocked/off-contract it’s a great deal, but will never replace the compatibility and ease of use that comes along with iOS. That’s where the choice gets tough for people. If you want a solid smartphone that won’t break the bank, there’s no need to buy an iPhone. The OnePlus 2 will get the job done for sure, but that’s just my opinion. Let us know what you think with a comment below.