Two last minute leaks seemingly confirm the Sony Xperia Z5‘s existence, and show off the smartphone in some of the best quality images we’ve seen yet. A retail store poster appears to reaffirm previous rumors that we’re going to see Sony announce a small, medium and large version of the Xperia Z5 at IFA a little later today.

Recently, the three phones were outed in a press interview which somehow got online before it was supposed to. In it, the interviewee stated that we’re going to see the devices share very similar features. In fact, the only difference between the three will be the size and resolution of the screens. A rumor which is corroborated by the most recent photos from Dutch blog, NU.nl. All three devices will feature a redesigned pill-shaped power button, with a built-in fingerprint sensor. To make up for the larger power button, the volume and camera shutter keys have been pushed further down the right edge. On the opposite side is the familiar flap used to cover the SIM and MicroSD card slots and water-seal them. 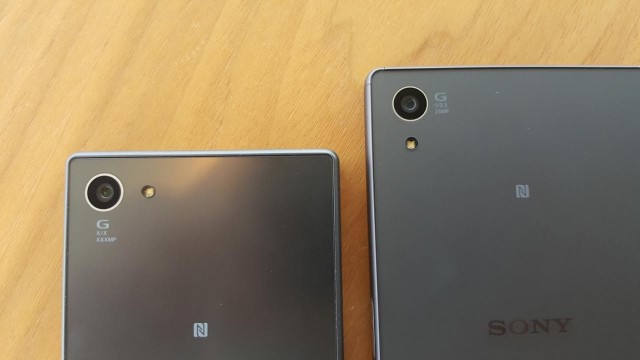 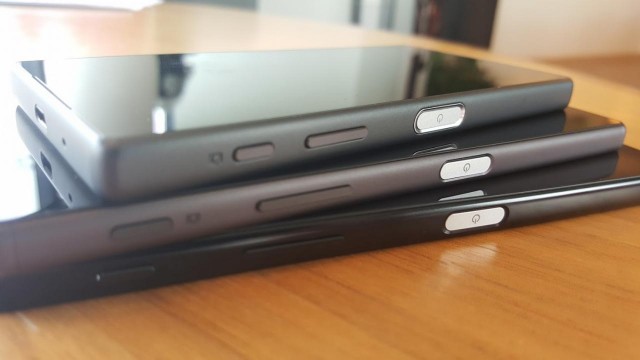 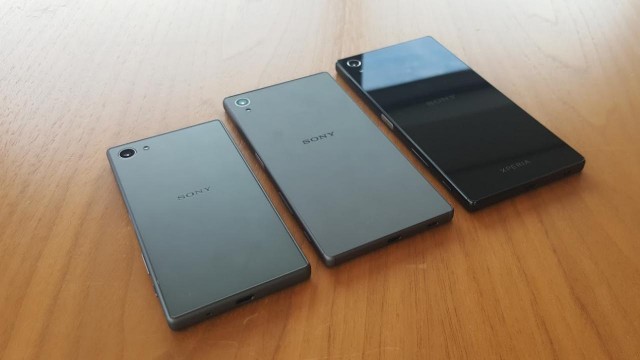 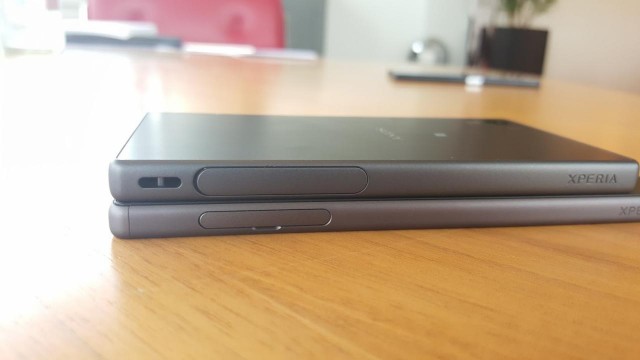 We’re expecting Sony to announce a 5.2-inch Xperia Z5, along with the larger Xperia Z5 Premium with a large 5.5-inch QHD or 4K display and the smaller Z5 Compact with a 720p, 4.6-inch display. Although we haven’t heard the exact capacity of the batteries, it has been suggested strongly that the famous 2-day battery is going to be present. Although we can’t confirm all the specs until Sony unveils the phones in a couple of hours, a poster leaked by XperiaBlog does seem to confirm the Z5, Z5 Premium and Z5 Compact names. 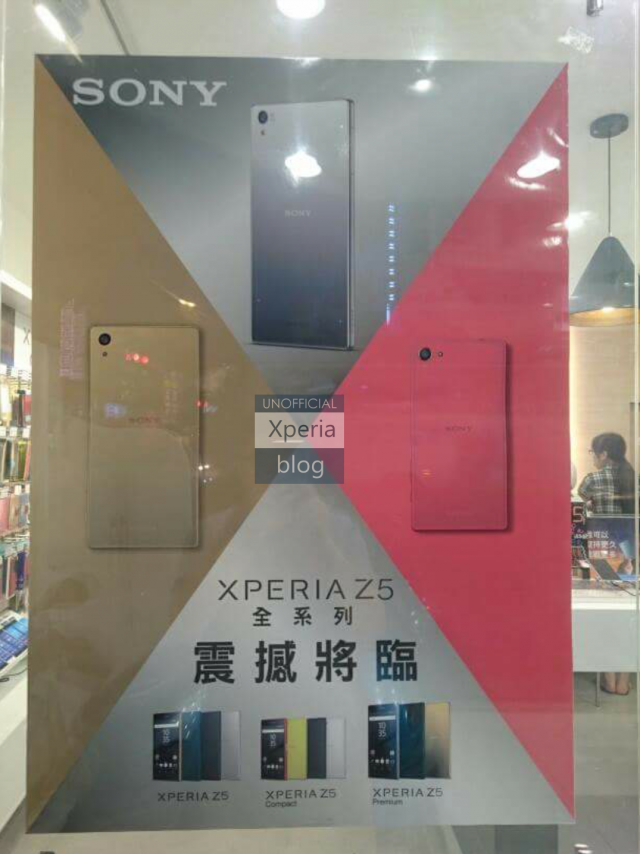 Like the HTC One M9 and the OnePlus 2, the Xperia Z5 family is allegedly going to feature the oft-maligned Snapdragon 810 processor and be water and dust resistant. We haven’t heard any details yet on which regions the device will be available in, or whether or not any of the devices will be for sale in the States. Thankfully, we only have a short time to wait before we find out all the details. Stay tuned.