This is Motorola’s answer to the ‘Moto 270’ jokes 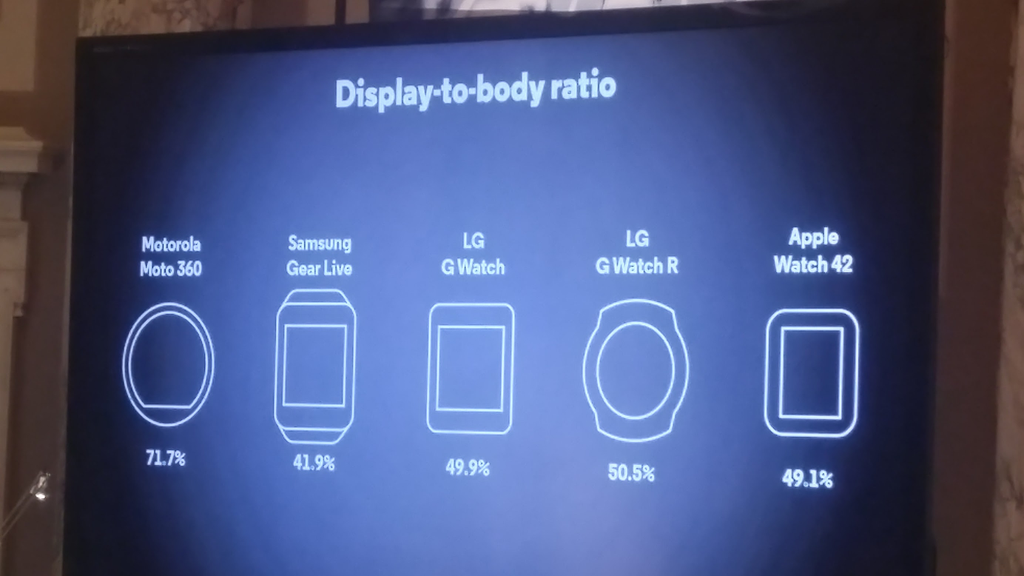 The new Moto 360 is surely right around the corner, but one thing doesn’t seem to have changed. The 2nd generation Moto 360 — which was just made official — still hasn’t managed to get rid of the dreadful “flat tire.” But according to a very informative slide snapped by our own Seth Weintraub at Lenovo’s press event yesterday, Motorola is having none of the criticism and jokes. Comparing the 360 to the Samsung Gear Live, the G Watch, and the Apple Watch, the Moto 360 wins in display-to-body ratio.

As you can see, at least according to Moto’s data, the 360’s screen has 71.7% of the front face of the watch, while the Apple Watch — probably the 360’s biggest competitor — has a measly 49.1%. Both of LG’s recent offerings come in at around the same number as the Apple Watch, but other competitors, like the Gear Live, are as low as 41.9%. With the flat tire, which sadly makes the 360’s screen a not-so-perfect circle, Motorola can achieve a much better ratio. Oddly missing, however, is the Huawei Watch…