Last week, WhatsApp announced that it will be bringing a much-needed feature to its Android app: Google Drive backups. While the updated version of the app hasn’t hit the Google Play Store yet, you can already download it directly from WhatsApp and install the Drive backup-equipped app on your phone now. Installing it couldn’t be simpler:

First, you need to make sure that your phone allows you to install apps from unknown sources, not just the Play Store. Go to Settings>Security and then toggle the ‘Unknown Sources’ switch to the ‘on’ position. Then on your device, go to WhatsApp.com/android and hit ‘Download Now’. Once downloaded you should see an option to install the app. Install it, and you’re done. 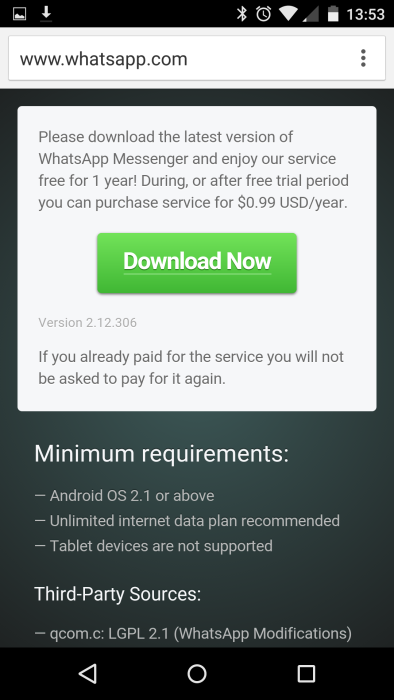 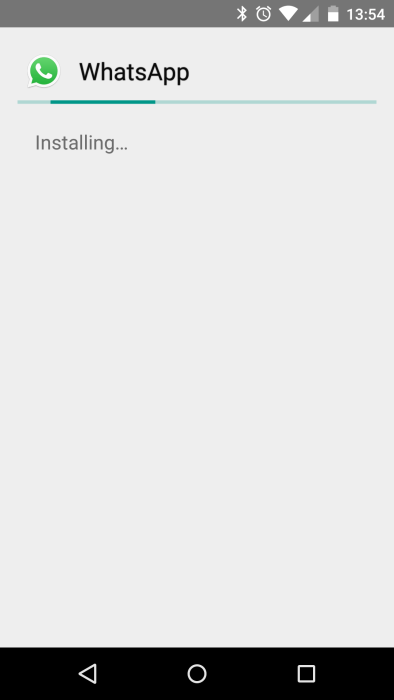 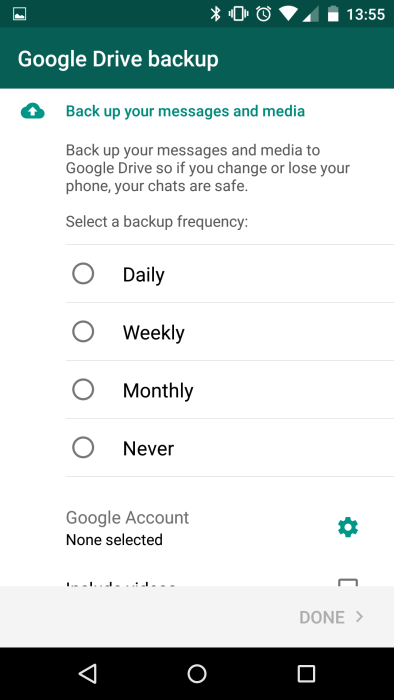 Thankfully, the new app doesn’t make you go hunting through settings to find its new backup capabilities. Instead, the very first thing you see is a pop-up window asking you how often you want to back up chats, which account to use and whether you want to back up videos too. It’s incredibly straight forward. Now you should be able to switch Android devices as often as you like and be able to pick up your backups directly from Google Drive, without losing any of your messages or media. 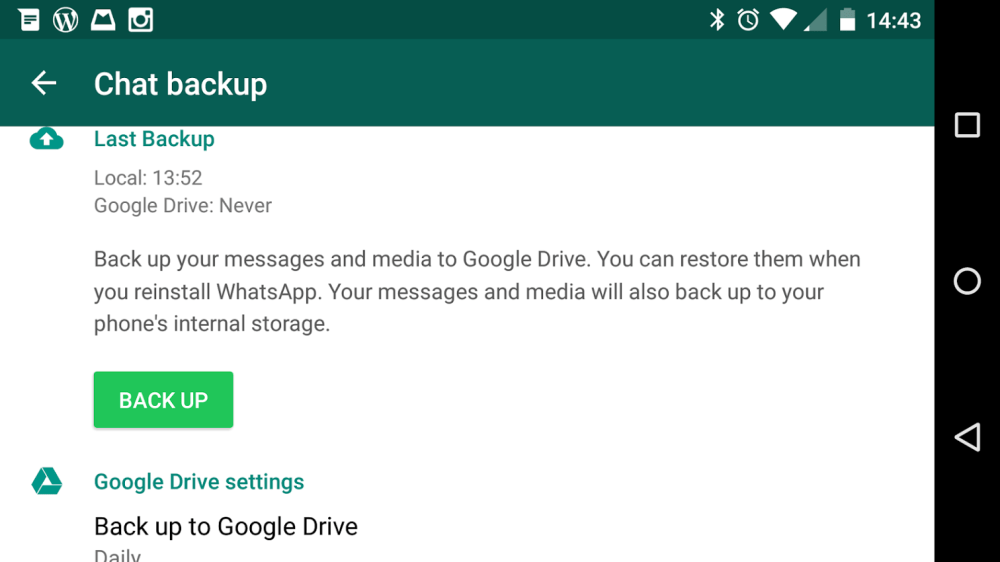 If you want to access the settings later to update or change any of your choices, you can get to them by hitting the three dots at the top-right corner in WhatsApp. Then, in the drop-down menu hit settings, then ‘chats and calls’ and then select ‘Chat backup’. Here you’ll see when your most recent local and Google Drive backups took place, and you have the option to backup manually. You can also choose different backup schedules, and select if you want backups over Wi-Fi only or if you want it to backup over cellular too.