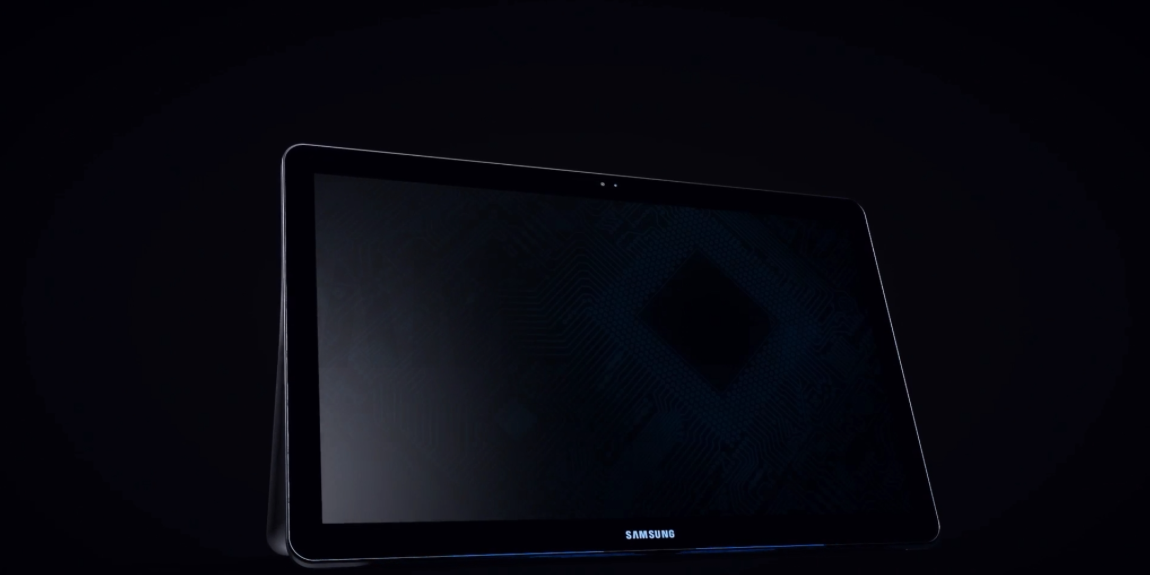 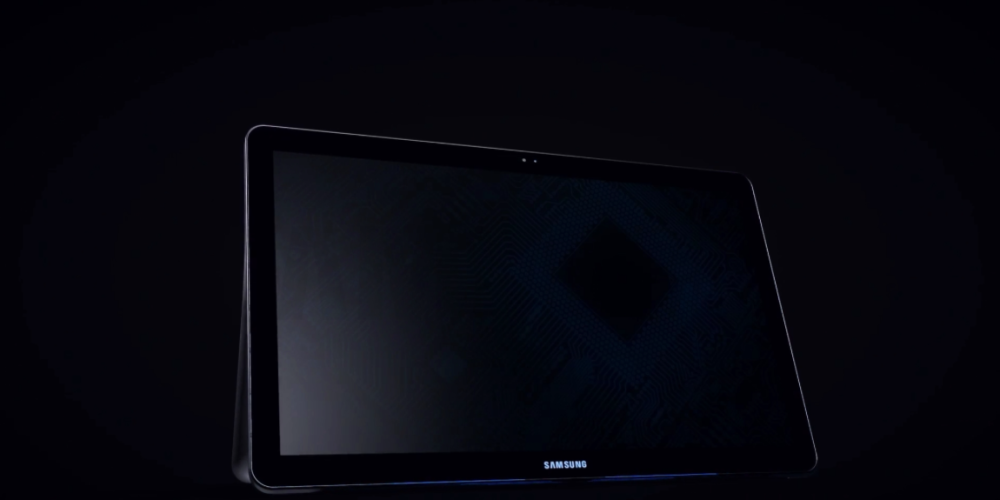 Samsung’s massive tablet, the Galaxy View, has been rumored several times in the past, but now SamMobile has shared the first clear images of the rumored device. The images appear to be taken from a promo video for the Galaxy View, showing the device in its full, 18.4-inch display glory…

Samsung has taken several steps to keep the overall size of the device down, something that is certainly appreciated considering the size of the display alone. Samsung has opted not to put a physical home button on the device, something it has almost always included on its tablets. Rather, this time around, the Galaxy View features on-screen navigation buttons.

Since the Galaxy View is expected to feature a 18.4-inch display, it’ll be incredibly hard to hold for extended periods of time. Samsung appears to have realized that and has built a dock into the device itself. The dock appears to pop out from the back of the Galaxy View, allowing for it to be propped up on a desk or lap.

The images also show a front facing camera, something that, while expected, wasn’t listed in earlier leaked specs. Speaking of specs, the device is expected to feature a Samsung octa-core processor with 2GB of RAM and 32GB of storage, although larger variants may be available too. The screen is expected to feature a 1920 x 1080 resolution, while the battery will come in at 5700mAh.

The obvious market for the Galaxy View is education and business, as most consumers likely have no need for such a large device. A specific release date is still up in the air, however. Some more images below: