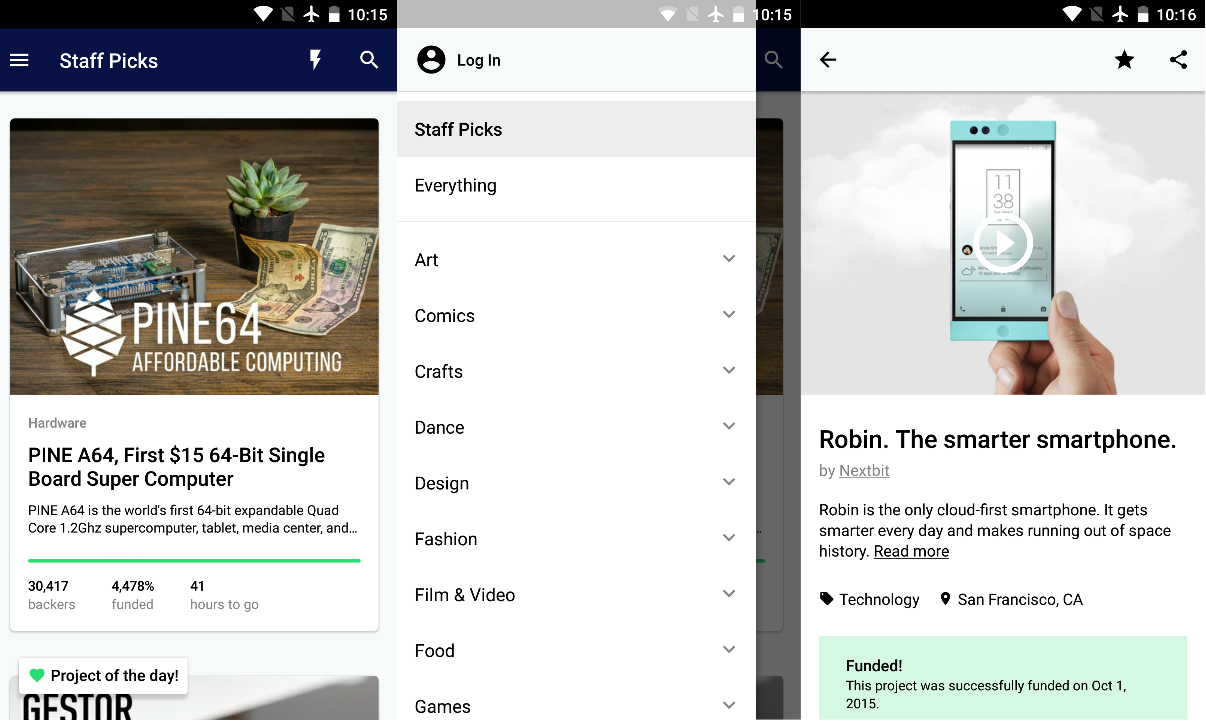 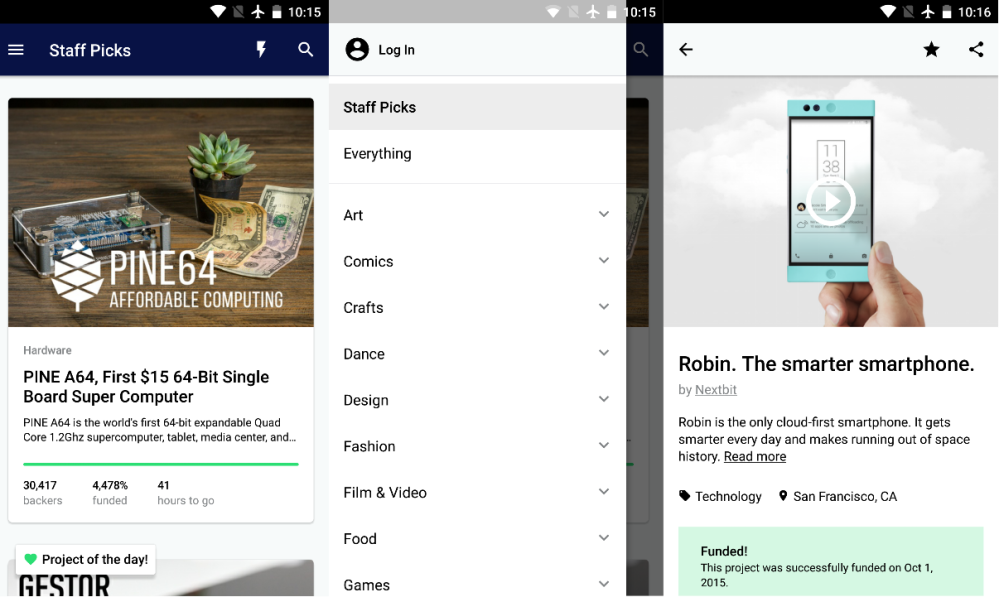 Kickstarter, the crowd funding juggernaut, finally has an Android app three years after launching one on iOS. The mobile app replicates much of the website’s functionality, but doesn’t yet let project creators manage their campaigns on the go.

The simple Material Design app lets users browse through current projects and log-in/sign-up to save and back projects. There’s an Activity feed on the toolbar to keep up with the latest updates on projects you’ve already supported. Users can also drill down into categories and search for projects, but for the most part the app is just a continuous feed.

The new app does not have feature parity with its iOS version, which allows project creators to post updates on the go and track their funding progress, although it’s clearly a few years behind. Additionally, there aren’t as many discovery features on the Android app as on the iOS version, nor is there a tablet specific interface. However, new features for project creators are coming soon. There are many notable Kickstarter failures, of course, but there are success stories here and there. Kickstarter’s new Android app should only help the effort.