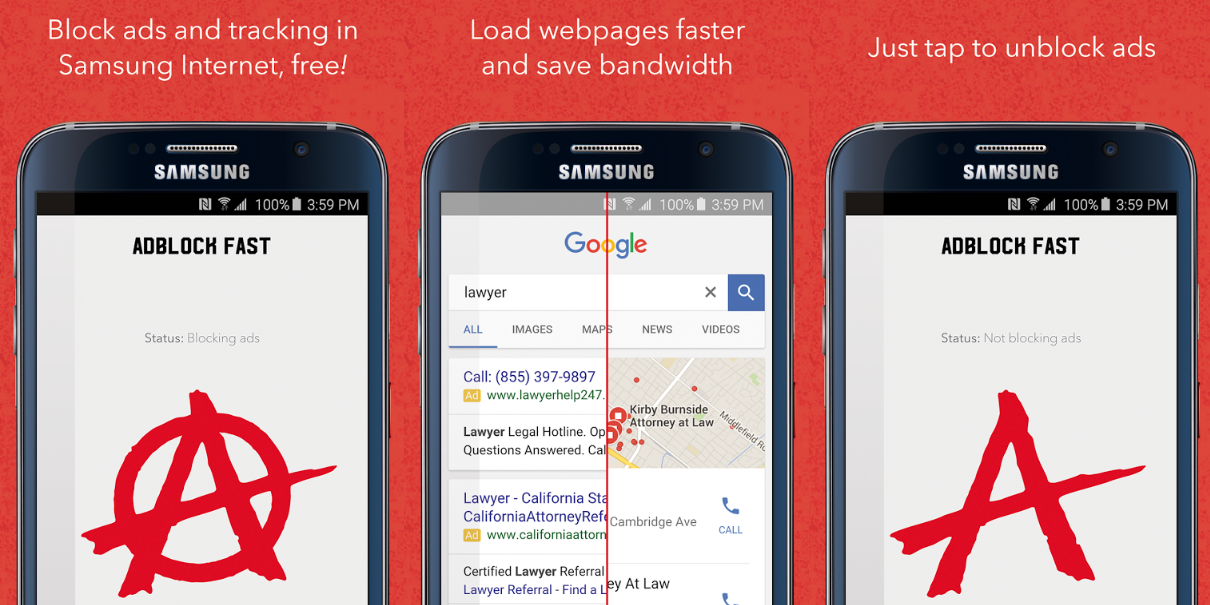 As the default browser on Samsung devices is their own ‘Internet’ app, many people never bother to switch often just end up using it. An update rolling out to the built-in browser will add support for third-party ad blockers, among other new things. While the feature is found in other Android browsers and is a common reason why people root their devices, Samsung’s scale may popularize it…

Devices running Marshmallow will get the update to Samsung Internet 4.0 starting today, with an update for Lollipop coming down the road. Currently there are two ad blocking apps on the Play Store: Crystal for Samsung Internet and Adblock Fast. Both are free and promise to load web pages faster, save data, and increase overall performance and battery life (at the cost of removing publisher’s revenue model).

Any ad blocker will only filter content within Samsung Internet. While ad blocking is not new on Android, it usually requires users to root their devices. That kind is done on a system level and as such even blocks ads in other apps. Chrome for Android does not have a similar capability, but it does have a Data Saver feature. Other browsers, like Firefox, that allow third-party developers to make plug-ins also have content blockers.

For the most part, ad blocking on iOS did not have a material impact on publishers. After an initial peak in popularity when it launched, ad blockers are at least no longer in the top download charts for the iOS App Store. Their popularity on Samsung devices will depend on how much word of mouth these apps gain. With sites like 9to5Google on ad revenue generated from readers of our content, we simply ask that you whitelist us when using an ad blocker.