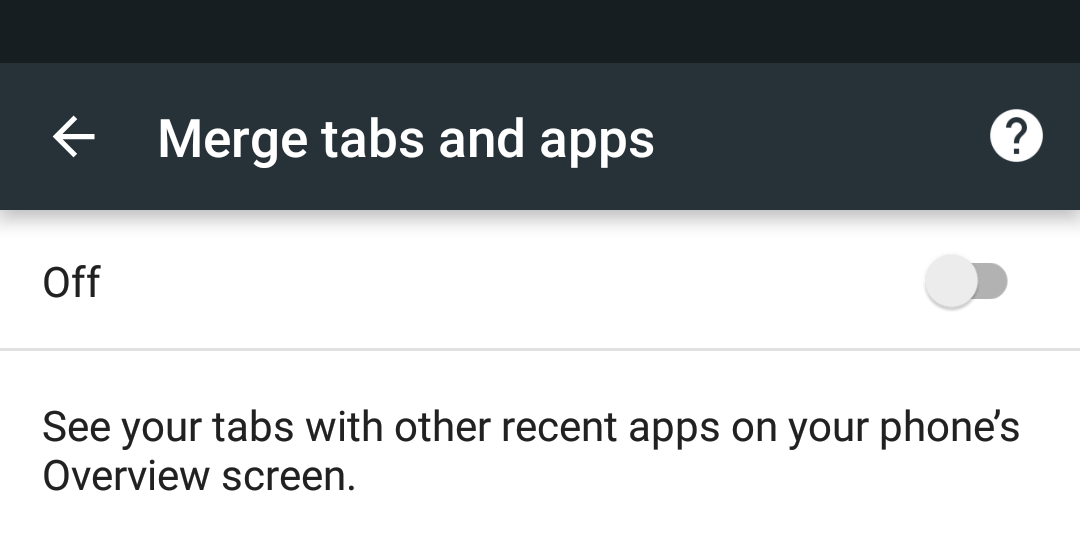 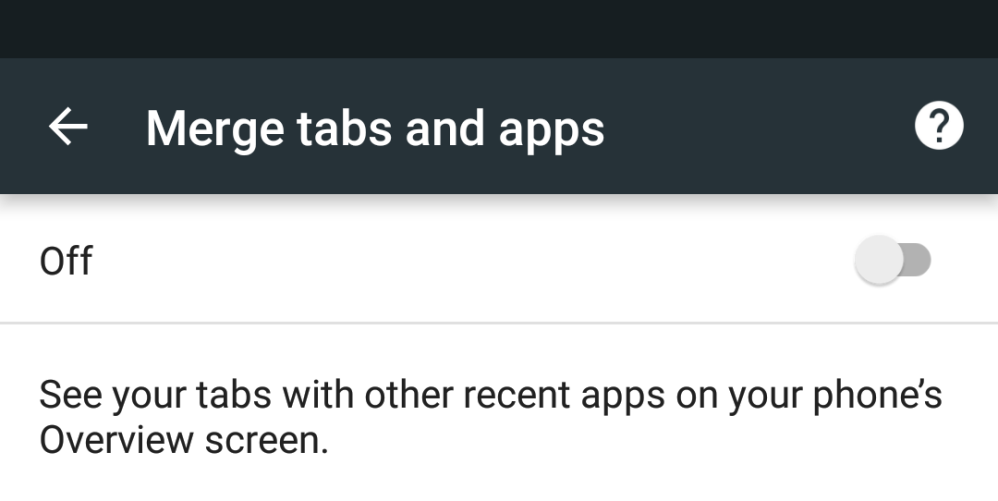 Starting with Android 5.0 Lollipop, Chrome tabs could exist individually in the app switcher. While it made websites feel more like apps, it was an annoyance that made it hard to keep track of open tabs. Google is now reversing that decision (as spotted by Android Central) and making merged tab the new default starting in version 49 of Chrome.

Current Chrome users will not notice the new default, but those setting up a new device will. During the initial walk-through, the splash screen telling users about merged tab is no longer there. Going to settings will confirm that by default ‘Merge tabs and apps’ is set to off.

One of the new APIs in Android 5.0 allowed apps to create multiple instances in the app switcher. Chrome for Android still remains one of the few apps to take advantage of that. Users who have become acquainted with this feature can still turn it on in settings when they get a new device.

For the most part, I welcome this reversal. The first step for me in setting up a new device was always turning off Chrome tabs in the app switcher. Most people are notoriously bad at tab management and this feature just made it easier to lose track of tabs among other open apps.