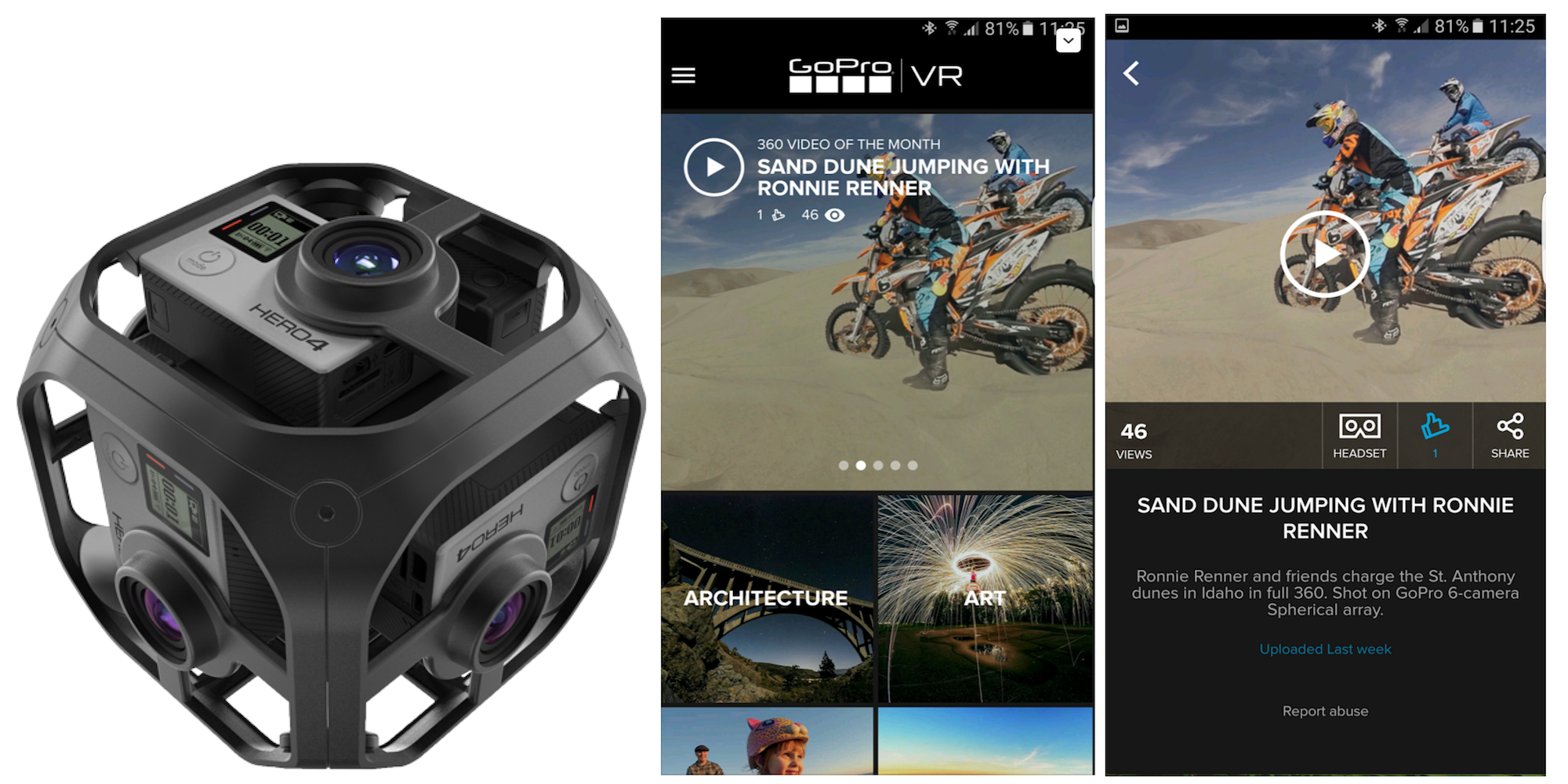 The app offers 360-degree videos (like the one embedded below) for all Android smartphone (and iPhone) users. A VR mode can also be enabled that will split the video to make it compatible with the many VR headsets available for smartphones. The company notes that the app supports your device’s gyroscope, meaning you’ll be able to “move your iPhone in any direction to navigate into the video,” in addition to dragging your finder on the display to move around the 360 degree videos. And you’ll also get up to 60 fps on capable devices.

The videos will be made possible with two new camera rigs the company is launching, the Go Pro Omni, a $5000 6 camera rig for doing 360-degree video, and the $15,000 Odyssey for virtual reality content. All of the videos can be shared to the new GoPro VR platform where they will become available to viewers through the new mobile app or on the web. The Odyssey rig is built on Google’s Jump platform:

Omni is GoPro’s synchronized six-camera spherical array that produces high-resolution, stunning image quality and works seamlessly with Kolor™ stitching software to produce immersive content. Proprietary hardware at the center of Omni enables pixel-level synchronization between all six HERO4 Black cameras… Available via a Limited Access Program, GoPro Odyssey packs 16 HERO4 Black cameras, synchronized down to the pixel-level, into a rugged all-in-one design. This high-end professional capture device is optimized for Google’s cloud-based Jump Assembler, which automatically stitches the camera content into unrivaled panoramic stereoscopic 8K30 video that can be viewed via YouTube™. The Odyssey and Jump experience greatly simplifies the professional content creator’s VR production workflow, while providing the consumer with incredibly realistic depth and perspective from every direction.

The free GoPro VR app is available for Android on Google Play now.