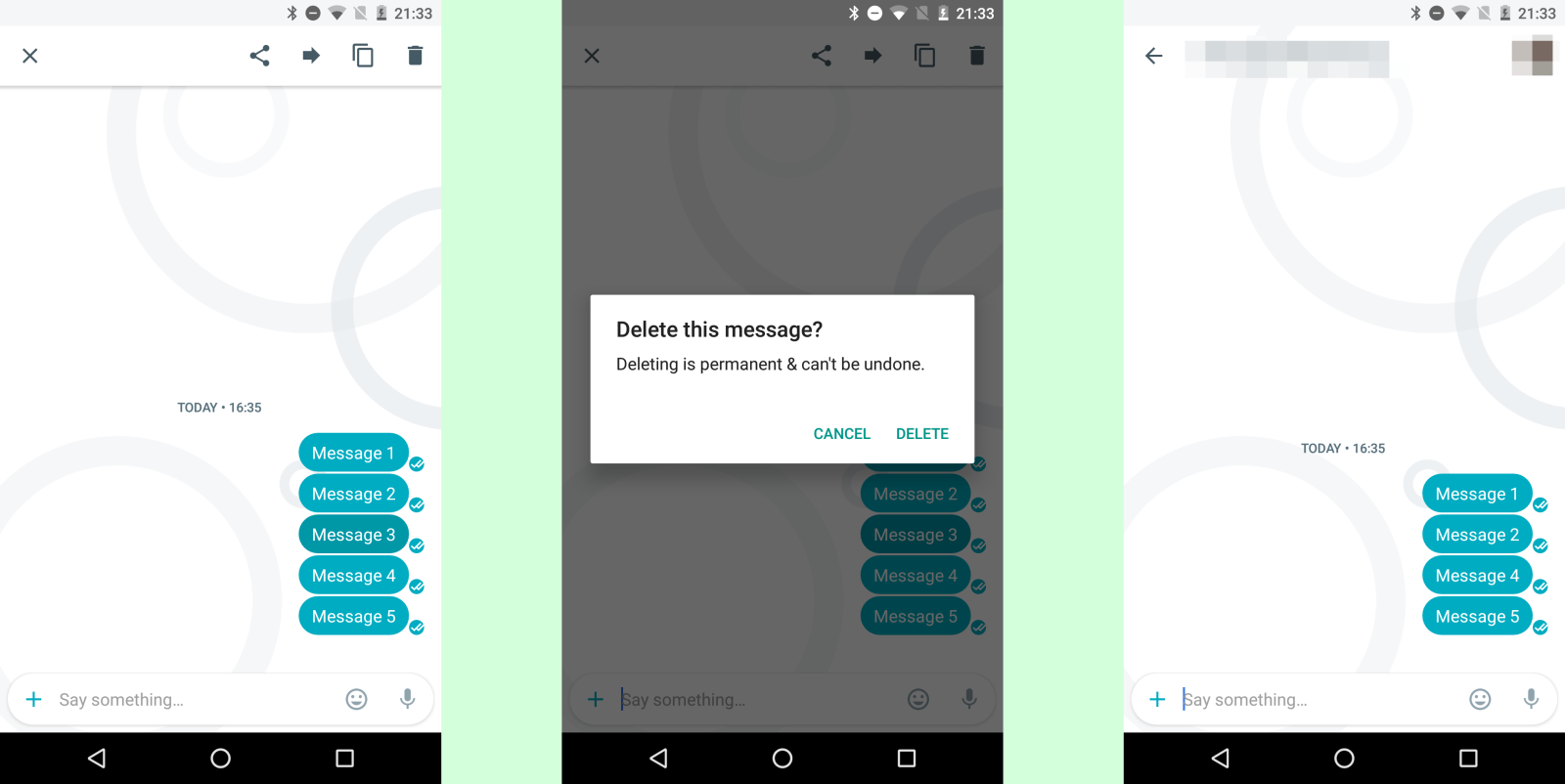 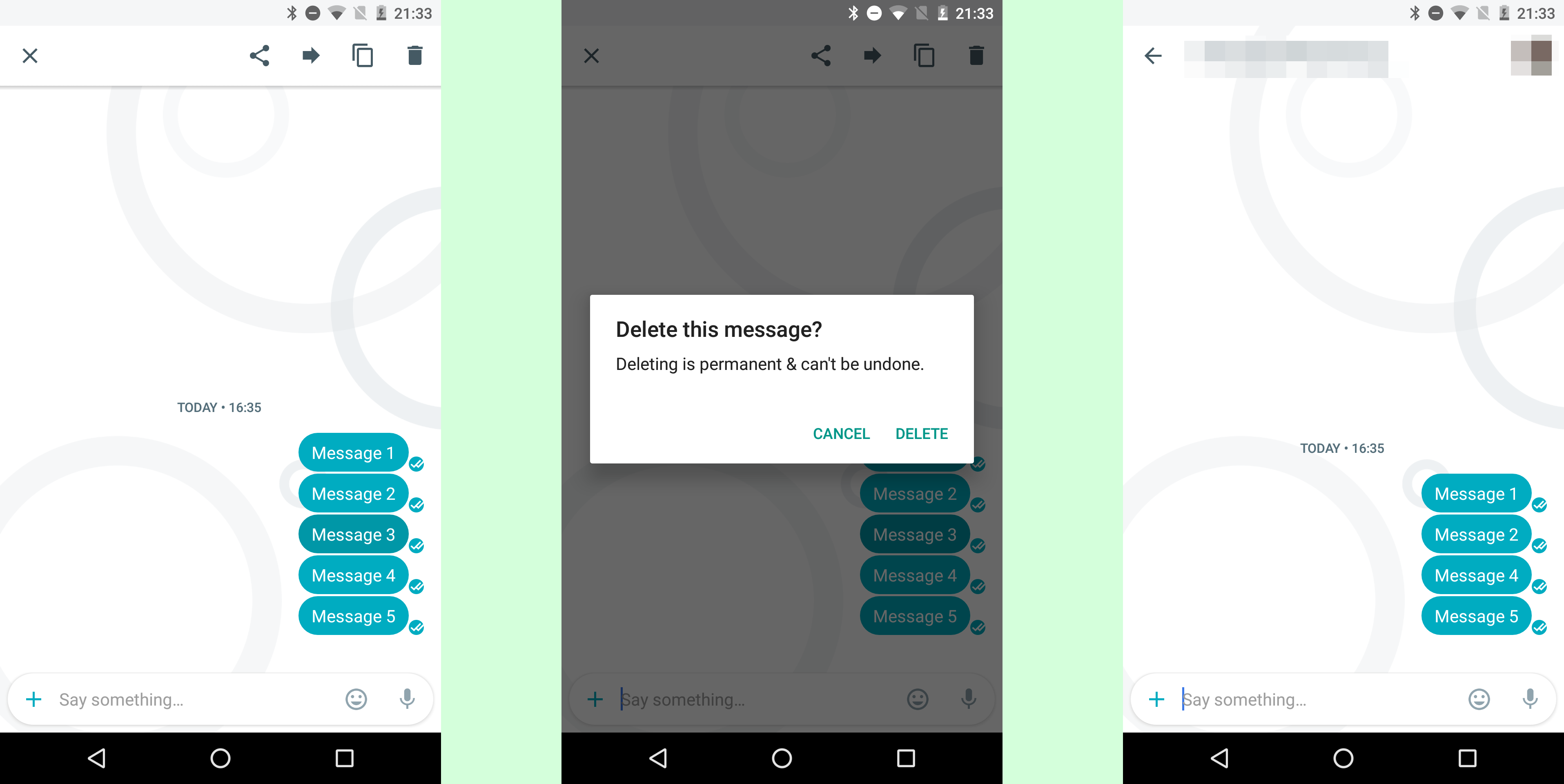 Google’s Allo is right around the corner, and today we’re learning more about the upcoming messaging app. Unlike Google’s previous messaging services, Allo will have the ability to delete messages from your chat’s history.

Based on screenshots obtained by Android Police, Allo will give users the option to select a message and permanently delete it from the chat’s history. This functionality has been seen in other chat apps in the past such as Slack, and it really proves useful when you spell something wrong or say something that you probably shouldn’t have. Unfortunately, that’s not how deleting a message works on Allo. Deleting a message will make it disappear on your device, but the recipient will still see it. The only way to delete a message completely is to delete it before it has been delivered on the recipient’s device.

The screenshots also reveal that you’ll be able to share a message, forward it to another chat, and copy the message’s contents. You’ll also be able to perform these same actions, including deletion, on messages you’ve received.

Along with this, Android Police has also received screenshots showing off various stickers from Allo, and they’re pretty hilarious. A few packs are pre-loaded and more are available to add on later. All of these packs include about 24 different stickers which are each custom designed. You’ll be able to see the first 24 packs, which are apparently pre-loaded with Allo, in the gallery below, but be warned that some are NSFW. Oh, and don’t forget that many of these are animated, only adding to the fun.

Things could, of course, change before Allo’s official release. I’d assume that some of these sticker packs might not be pre-loaded in the final release, for obvious reasons. It’s still unclear when Allo will release, but seeing that Duo is already out, it’s probably not too far off.