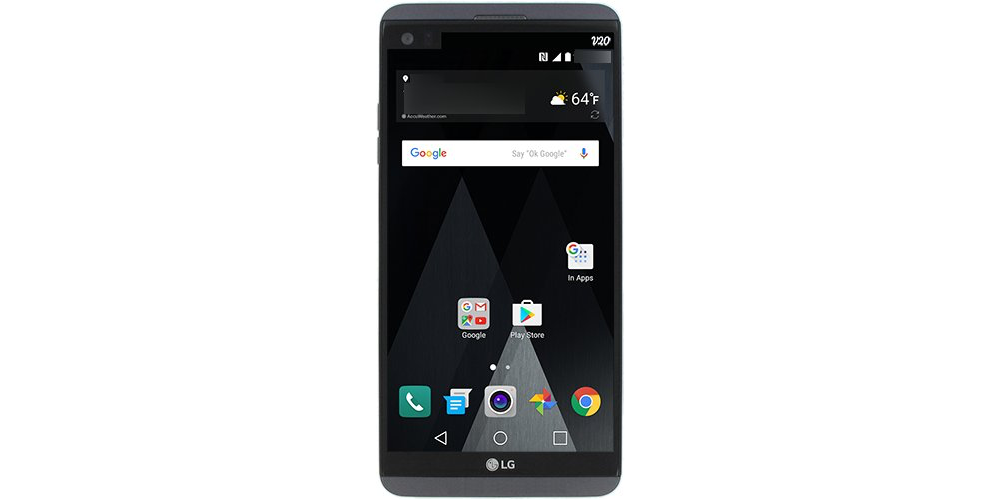 Evan Blass, who tried to retire two years ago, just can’t help but be the leakiest faucet in the history of faucets. And, frankly, for the Android enthusiasts among us, that’s a good thing. Today, he’s back with what appears to be the first in-the-flesh image of LG’s forthcoming flagship, the LG V20…

LG officially confirmed the existence of the LG V20 a few weeks ago, saying at that point that it would ship in September with Android 7.0 Nougat out-of-the-box and a dual-camera setup. We then heard about its September 6th launch date, and OnLeaks came out to share the first renders of the phone.

Now, Evan gives us yet another look at the device — this time in black. Parts of the screen have been blurred out assumably to protect his source, but from what we can tell the front looks somewhat similar the V1. The top of the phone has a second screen that leaves room on the left for the front-facing camera, and there’s an LG logo along the bottom just so you always know which company made the phone when you’re using it..

Interestingly, there’s also a mysterious “In Apps” icon on the homescreen, which we don’t really know anything about quite yet. Hopefully we’ll find out soon.

Most recently, Google put up a teaser of the LG V20 on its official Android Nougat landing page, saying that it will be the “first new smartphone that comes with Android Nougat, right out of the box.”