Chrome for Android will suggest articles, include ‘download’ feature to save pages, videos, & more 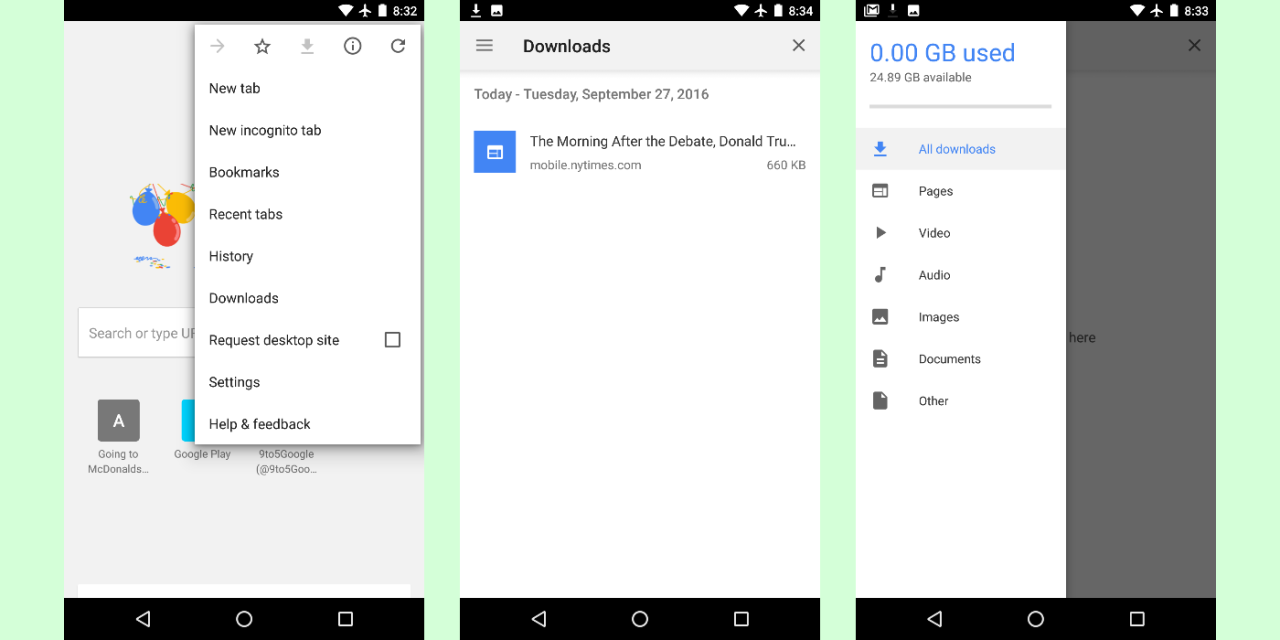 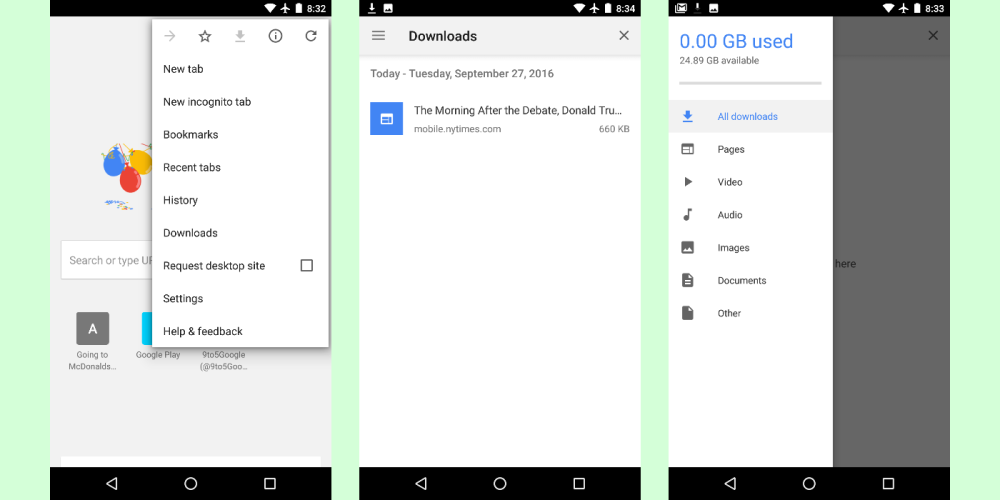 Following the launch of YouTube Go this morning, Chrome for Android is adding a number of new data saving features of its own. The current Data Saver tool now works with videos and is more efficient with web pages. A new Downloads manager saves sites, music, photos, and videos for offline viewing, while the previously seen suggested articles feature is now live.

Launched last year, the Data Saver tool works with videos for the first time. When enabled, MP4 videos watched through Chrome will use 67% less data. This feature is already live now and Google notes that in India alone it saves 138 TB of data on video in a single week. On slow connections, Data Saver will automatically optimize HTTP websites to their bare essentials, with 90% in data saving and two times faster load.

Chrome’s newest feature saves web pages, music, pictures, and videos for offline viewing. A new button in the overflow menu will start the download, while a new manager shows all your saved items in a chronological timeline. Sliding from the left brings out a navigation drawer that lets you sort by content type and lists how much storage is used. Saved pages will feature an offline tag in the address bar and offline downloads will resume automatically in case of a dropped connection.

The New Tabs page in Chrome is getting revamped to show more than just thumbnails of previously visited websites. It lists recently downloaded pages for faster access and the previously covered suggested articles feature is now live. The smart suggestions will improve as Chrome learns what type of content you are interested in. For example, it will show articles from your most visited sites and those about your favorite sports team.

The Downloads and article suggestion feature will be available in Chrome 54 when it hits the stable channel in a few weeks.