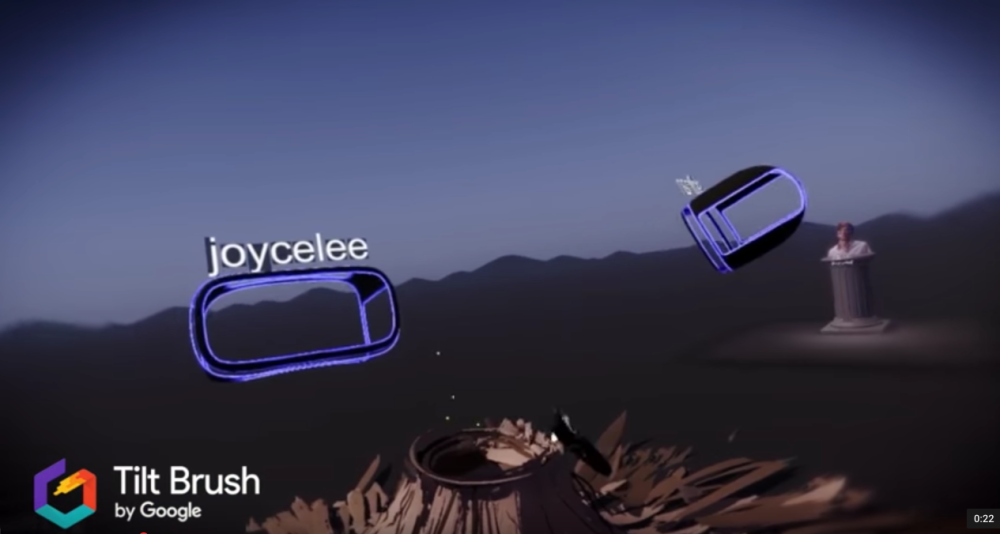 The news comes via Google itself:

Everything gets better with friends. We’ve been experimenting with a multiplayer feature that lets you share ideas, draw and create with others — in the same place in real time. It’s amazing how collaborating in the same space makes the virtual feel real. We think you’ll love this one, so we’re exploring ways to develop this concept further.

For now, details are pretty sparse, but you can watch the below video to get a quick look of the multiplayer prototype that Google is working on. Google also says, however, that it’s experimenting with giving players in this virtual world the ability to customize their virtual headset avatars:

Once we tried Tilt Brush with friends, the next thing we thought about was how to make your look your own. So, we also allowed players to customize their virtual headset to show their true colors.

We don’t have word yet on a public release of these features, other than Google saying that they’re coming “in a future Tilt Brush update.”

Also mentioned today, Google says that it is experimenting with a new “portal brush”. This new feature would allow players to draw as they usually would in Tilt Brush, but instead replace the solid colors and effects with a “portal” to the outside world that uses the HTC Vive’s cameras.

Other experiments include a posable manikin that you can draw on and then manipulate as you please, as well as a zoetrope, which helps artists bring their creations to life with simple animations.