We’ve seen a lot of great budget devices in 2016, and ZTE has made the list quite a few times. With fantastic unlocked options like the Axon 7 and Axon 7 Mini, the company has proved that it’s good at making higher-end phones for an affordable price. On the other end of the spectrum, it has also proven that ultra-cheap phones can also be good with the monstrous and great ZMax Pro over on MetroPCS. Later on, ZTE released the $99 Warp 7, and I’ve spent a few weeks trying it out…

With every super cheap phone I’ve ever tested, it’s been plastic, plastic, and more plastic, and the Warp 7 is no different. That said, this phone feels great in hand. The textured rear offers a lot of grip, and the phone’s thickness is actually quite nice. The rear panel is also removable, opening up to a removable battery, SIM slot, and microSD card slot.

Going around the sides of the phone you won’t find much aside from the three, oddly shiny volume and power buttons, a headphone jack on the top, and a USB-C port on the bottom. The display up front also uses curved glass which makes the edges of the glass meet the curved sides of the phone which looks great and adds to the overall design.

Being a budget device, the ZTE Warp 7 doesn’t bring anything crazy to the table. Up front, you’ll find a 5.5-inch display and 5MP camera with a 13MP sensor on the rear. Under the hood you’ll find a 1.2GHz Qualcomm Snapdragon 410 processor, 2GB of RAM, and 16GB of storage. There’s also a 3,080 mAh battery with support for fast charging.

Speaking of that display, it’s quite decent. Despite being a 5.5-inch panel with only a 720p resolution, ZTE is able to get decent colors, viewing angles, and brightness on this display. My biggest gripe is that resolution. Text doesn’t look as crisp as it does on most smartphones, but I’m more than willing to overlook it considering the price. 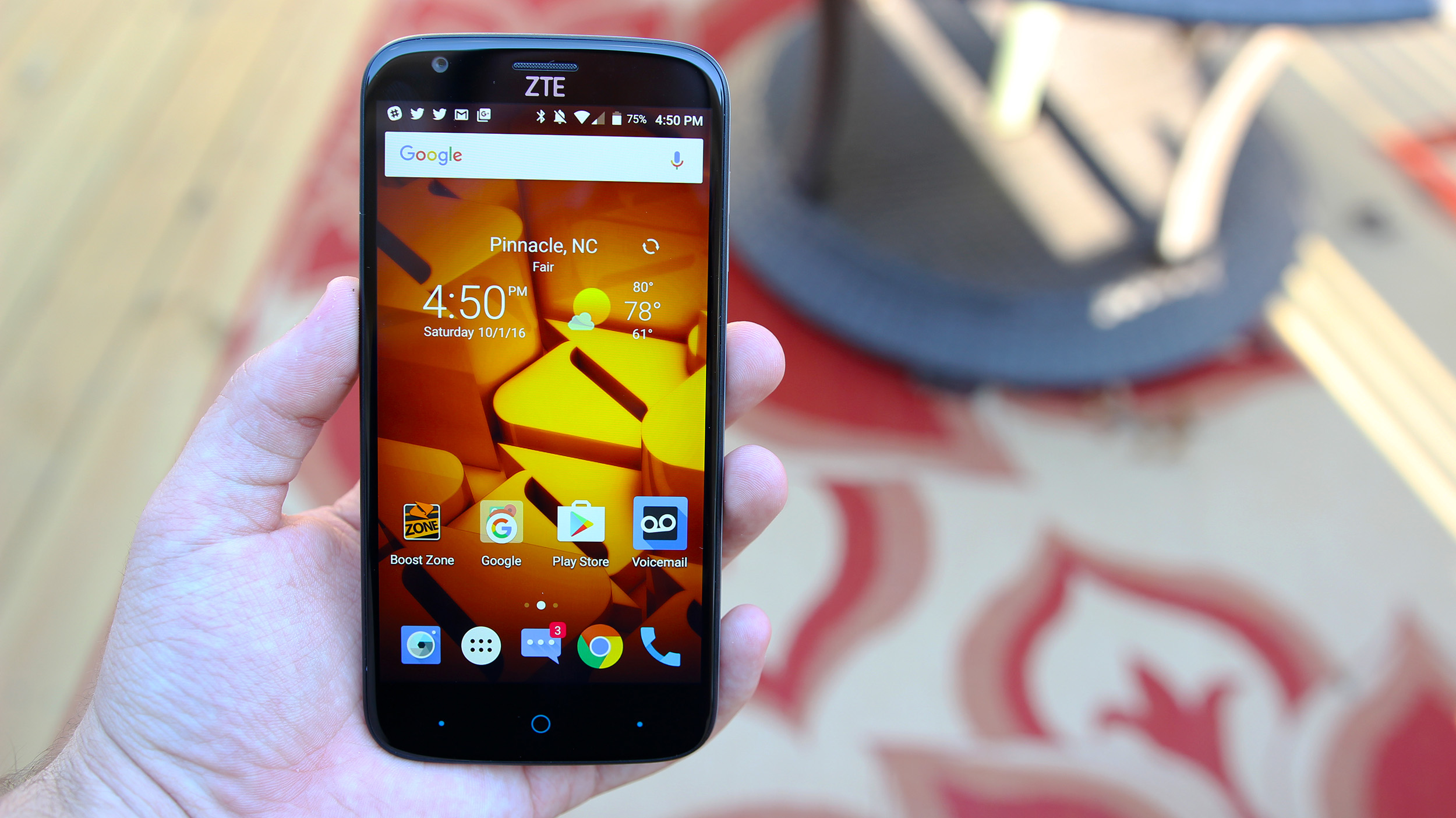 On that display is Android 6.0.1 Marshmallow with ZTE’s skin on top. The skin brings a new look to Android, changes I certainly don’t mind, but doesn’t sacrifice performance to do it. Performance is also pretty decent, but nothing great. Most apps run without any issues, but I noticed a lot of dropped frames throughout my usage. Multitasking was also surprisingly solid. My biggest complaint by far was the presence of ads on the phone. Over my usage of the phone, I had ads in my notifications on multiple occasions, and I didn’t enjoy that at all.

One highlight of this device, like many other budget devices, is its battery life. I never drained the phone in a day, and standby battery life was fantastic. The addition of fast charging support was also more than welcome since most OEMs leave out the feature on budget smartphones.

As for the camera, it’s nothing special. Shots are decent enough in good lighting, but anything less results in pictures that have a lot of noise and poor color reproduction. The autofocus also has some issues with low light.

As I said, there’s nothing special here. This camera will get the job done, but don’t expect anything good.

So overall, the Warp 7 is fine. There’s nothing special about it, but for $99, it’s a good option. Currently, the device is only available for Boost Mobile customers. Paired with one of the carrier’s affordable plans, this should make for a fine option for the budget-conscious.