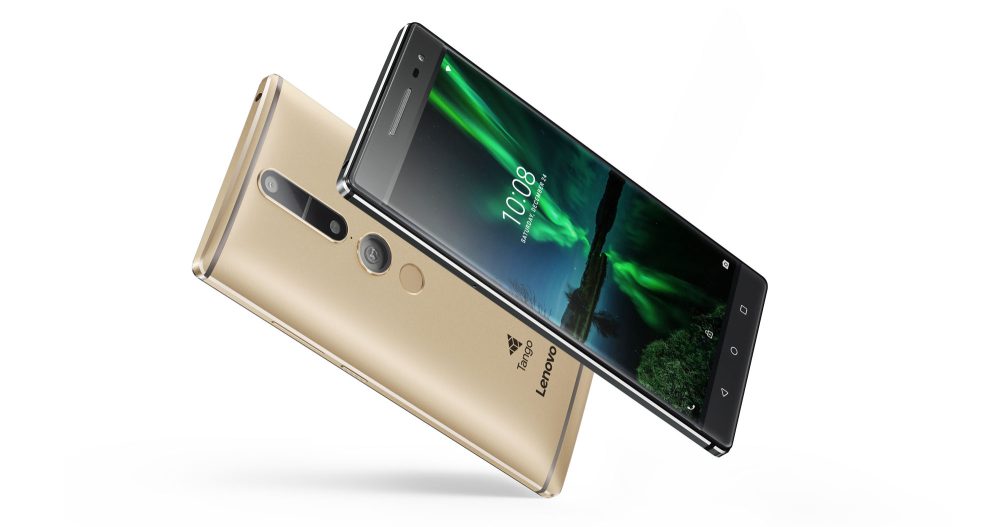 Google has today released its Tango platform out into the world, and the first phone to get the new AR capabilities from Google is Lenovo’s Phab2 Pro. We first told you about the Phab2 Pro when it was announced at a Lenovo event back in June, and now it’s finally available online and at retail for $500…

The big story with this device is Tango, of course, which is camera and sensor hardware built in to the phone that enables some interesting AR experiences. Apps like iStaging let you visualize what furniture will look like in your home before you buy it, while Matterport’s Scenes lets you capture images of real-life scenes in 3D using the Tango hardware. There are plenty of other apps launching with the Phab2 Pro — 35 of them to be exact.

As we told you before, the device is all-metal with a Qualcomm Snapdragon 652 octa-core processor, along with 4GB of RAM. The phone also has a 16MP primary camera on the back which can shoot 4K video, and you’ll find a massive 6.4-inch QHD display on the front. The Phab2 Pro will also feature Dolby Audio Capture 5.1 along with Dolby Atmos for improved audio recording and playback.

As mentioned, pricing for the Phab2 Pro lands at $499.99, and it’s available right now at Lenovo’s website. You should also soon be able to pick one up at Lowe’s and other retail locations sometime soon — but the exact details on this aren’t clear quite yet.

Check out our hands-on with the device below: