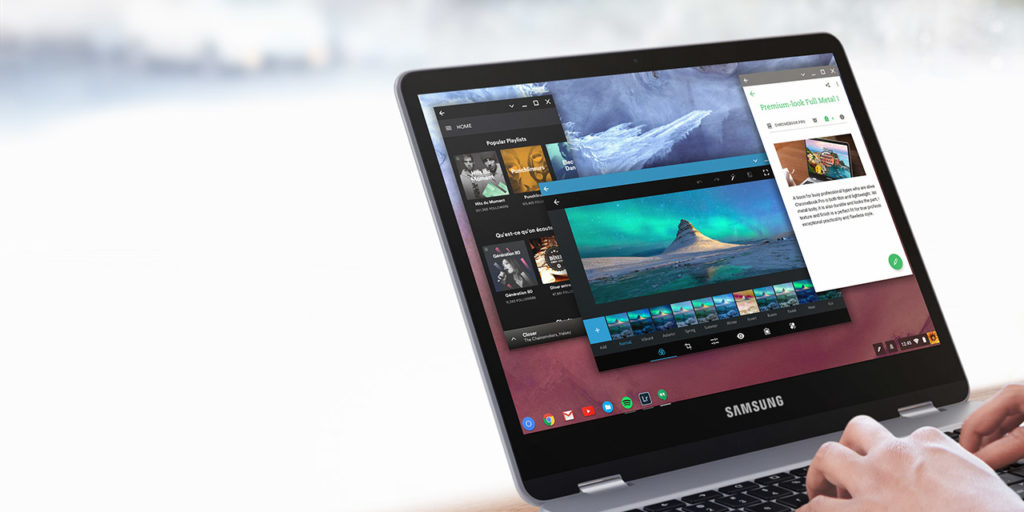 Even though Andromeda is seemingly right around the corner, development on Chrome OS isn’t slowing down one bit. More and more Chromebooks are picking up Android apps, and new releases are on the way. One of those new releases that we’re excited for is the Samsung Chromebook Pro, and according to new evidence, it might be packing more features than expected.

According to two Chromium commits discovered by ChromeUnboxed, Google is working on bringing “Wake on Voice” commands to the “Gru” baseboard, which the Samsung Chromebook Pro is based on. Currently, Chromebooks support “OK Google” commands, but only when the machine is turned on and in use. Some Android devices, on the other hand, can be woken up from sleep mode with that command.

As Chromebooks pick up more features from Android and adopt 2-in-1 form factors, this move makes complete sense, especially for the upcoming Samsung Chromebook Pro. That Chromebook, if you’ll recall, features a 360-degree hinge like the Acer R13, but with a smaller 12.3-inch display, potentially making it usable as an Android tablet.

The “Gru” baseboard also supports DSP (digital signal processor) which makes an always-listening keyword possible in the first place. Another commit even confirms that the keyword “OK Google” will be used for an always-listening keyword, but it doesn’t say what for. The easy answer is for a simple Google search, but it could also be a sign that Google Assistant is on its way to Chrome OS, although there’s not much to prove that, yet.