Chrome 56 is currently in the beta channel and should hit stable in about a week. When released, it will bring support for the FLAC audio codec directly in the browser. This will provide a quick way to play those files, with the Mac being the biggest platform to benefit due to a lack of native support.

Support for FLAC in Chrome has been requested since 2011 with momentum gaining in 2015. However, work did not get underway until last September and its final release coincides with Firefox 51 getting the feature later this month.

From an OS-level, Windows 10 and apps that take advantage of system APIs for audio decoding have native support for FLAC. Meanwhile, Android added support starting in 3.1 Honycomb, with files playable in Play Music. However, Apple on iOS and macOS have been standouts in regards to native support. Of course, third-party apps like VLC support playback, but to play in iTunes, file conversions are needed.

In adding FLAC support to Chrome, many new devices have just gained support for listening in this format. Starting in version 56, clicking on a FLAC file will open Chrome with a very basic player featuring a scrubber and volume controls taking up the full display.

(Update: Chrome OS appears to have gained support much earlier, with FLAC files playing in the native audio player complete with album art and track information.)

Of course, people who are familiar with FLAC would mostly likely have their own solutions, but regardless, this is a nice feature that makes Chrome a more useful tool. 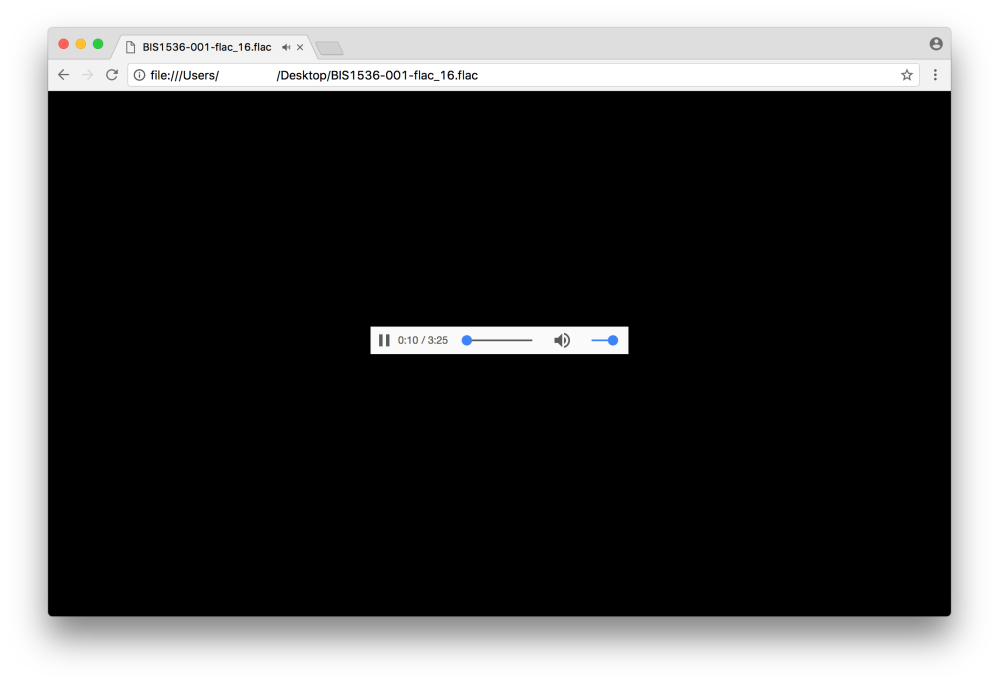