Just this morning reports came out claiming that Samsung would announce its brand new Galaxy Tab S3 tablet at MWC, and tonight, Samsung has seemingly confirmed that with an invite that shows off a pretty familiar silhouette…

Looking at the teaser image, we see what appears to be the lower third of a tablet with a physical home button, presumably with a fingerprint sensor built-in. This closely resembles the shape of the company’s previous Galaxy Tab S2 which debuted back in 2015.

The Samsung Galaxy Tab S3 is expected to bring another 9.7-inch 2048×1536 display, but this time with Android Nougat out of the box, and a Snapdragon 820 paired with 4GB of RAM powering the show. Samsung’s previous Tab S2 was a fantastic device, so we can’t wait to see how the company has improved on that with this new model.

Samsung’s MWC event will be on February 26th at 7 pm local time. Clearly, we’ll see the Tab S3 at this event, but it’s unclear if we’ll see any other big announcements from the company, especially given that the Galaxy S8 is set for a later debut. 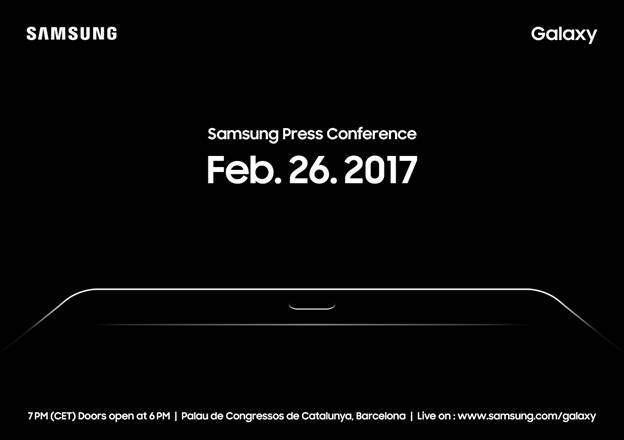