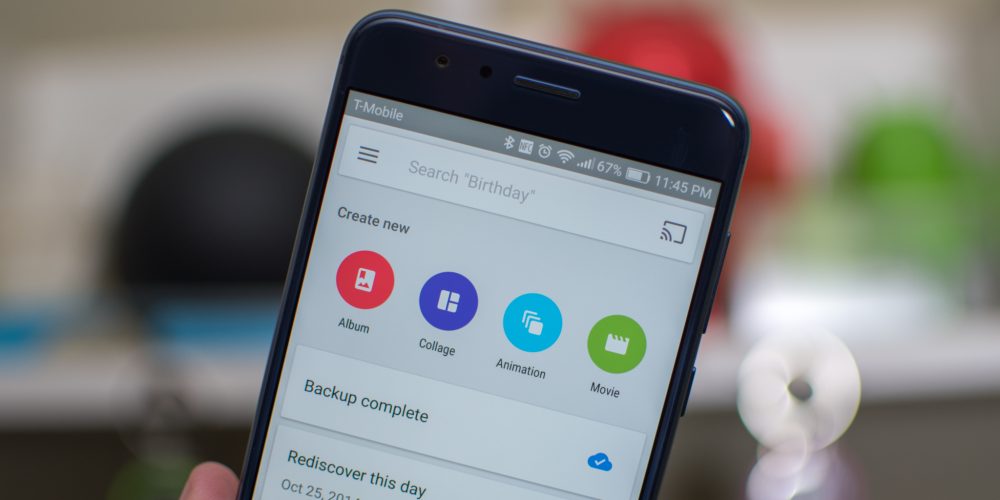 In the app’s first major update of the year, the Albums tab in Google Photos is getting a redesign. Specifically, the new look is denser and makes use of a grid and carousel to more easily let you look through on-device photos and folders…

Previously, the tab displayed your Albums with full bleed rectangular cover images. Now, the cover image is displayed as a square that takes up half the size, with the title and date listed underneath that photo instead of over it. This new arrangement makes it easier to scroll through your albums two at a time.

‘Device folders’ have been renamed to ‘Photos on device’ and can be scrolled through with a carousel directly from the Albums tab. Previously, the quickest way to access was through the dedicated entry in the navigation drawer. That view also adopts a similar style to the Albums tab, with square cover images for each folder.

However, this change is a bit of a downgrade from the previous interface that immediately showed the eight most recent photos in each folder.

Unfortunately, this version still lacks the ability to edit the time and date on Android. Google Photos 2.8 is rolling out now via the Play Store.

‘Photos on device’ in Google Photos 2.8