Five great launchers to try on your Galaxy S8 [Video] 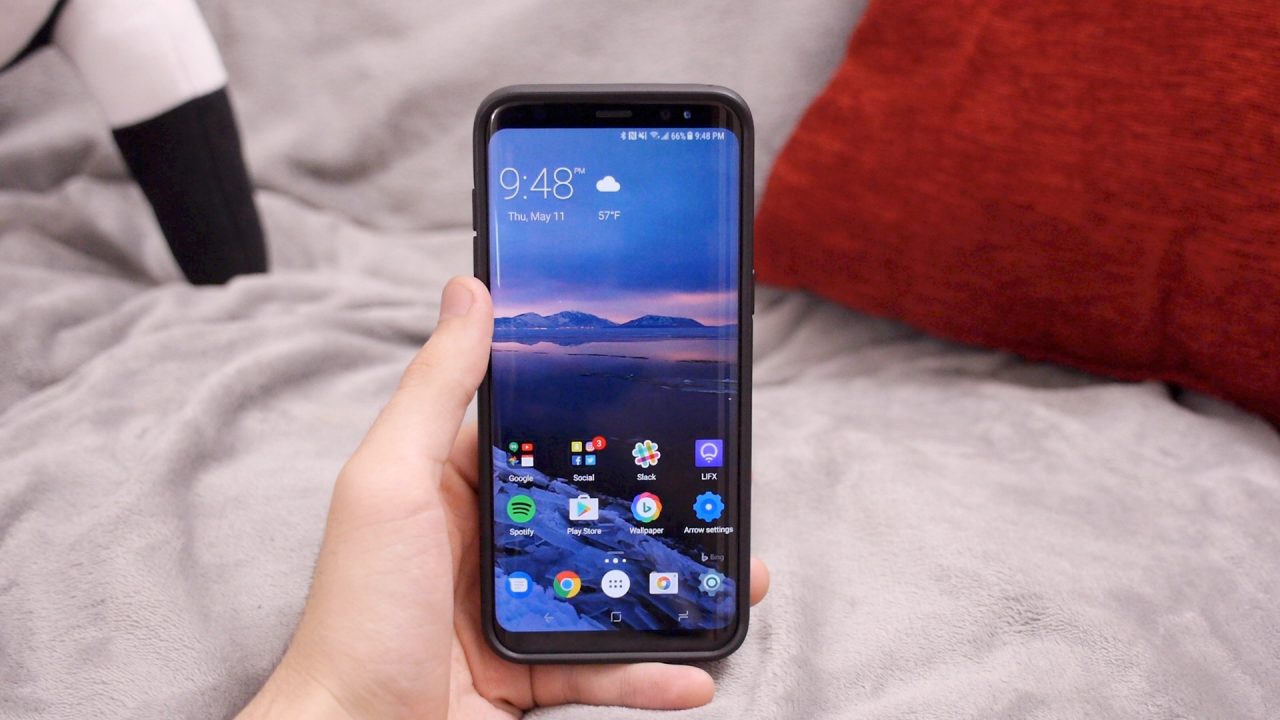 No matter how much Samsung improves the UI on its wildly popular Galaxy phones (and no matter how many times its name changes), there’s always going to be a collective of Google purists (admittedly, I’m one of them) who just aren’t satisfied with the default experience.

Some of the features Samsung brings to the table are nice — they were the first to introduce split screen apps to Android, after all. But some find the heavy use of white backgrounds on the Galaxy S8 a bit of an eyesore, and quickly install a darker theme.

Others find the home screen layout a little too limited in customizability, and for those people we’ve highlighted some of the best custom launchers you can download on your Galaxy S8 to bring a personal touch to one of the most common phones on the market.

The five launchers I looked at all have their own unique features and quirks, but they’re each going to be a good fit for a different kind of user.

Google’s own launcher, based around the software experience on the Pixel, is as Android as it gets. It may not be the most customizable — in fact, there are less options here than on Samsung’s Touchwiz launcher. There’s no support for icon packs or gesture shortcuts (any launcher that doesn’t allow for a swipe down to access the notification shade is a no-go for me personally), but Google Now is just a swipe away from the home screen, and that kind of tight integration is part of what makes this launcher so appealing for long-time Nexus and Pixel users.

Coming off of a three-year hiatus, Apex Launcher brings some much-needed custom options to Google’s take on the home screen. Though the default configuration is pretty similar to the Google Now Launcher, Apex brings icon pack support, icon scaling, the ability to change scrolling animations, a paginated dock, home screen looping, gestures, and much more.

Peek is a unique launcher with a single home screen that displays eight frequently used apps and a T9-style keyboard. The launcher learns your app usage habits and adjusts the shortcuts accordingly, and when you need to access an app not displayed on the home screen you can either type the first few letters on the keypad or swipe up for a traditional app drawer. There’s no widget support, and taking such an unconventional approach means this will probably require more adjustment than the other launchers on this list, but it’s certainly an interesting take for the ultra-minimalist.

Microsoft’s Arrow Launcher feels like a beautiful and smooth marriage of Samsung’s Touchwiz UX and the Google Now Launcher. It offers to use Bing Images to automatically set a new wallpaper every day, and the home screen automatically imports the layout of your default launcher upon initial setup. To the left of the home screen is a hub similar to Bixby that displays your recent photos, text messages, upcoming events, and more.

My go-to for years has been Action Launcher. There are traces of Material Design all over the UI, and it offers all the customization you’d expect from a custom launcher, from icon packs to grid resizing and finer details.

What makes Action Launcher unique is its sliding panels; swiping in from the left pulls in a vertically scrolling app list, eliminating the need for an app drawer icon taking up precious home screen space, and swiping in from the right opens a drawer that holds additional apps and widgets. Think of the latter as a sort of floating home screen that you can access from any page in the launcher. You can also enable covers and shutters, which hide folders and widgets behind single app icons — tap to open the app being displayed, and swipe up to access the hidden feature.

Have you already been using a custom launcher, or do you tend to stick with what the OEM provides you? Has this article given you any new ideas for how to use and customize your phone?