Chrome OS’ developer and canary channel are constantly bringing new features to the table, and as Android apps slowly make their way to different Chromebooks, Google is playing around with adding features from Android to Chrome OS. In the latest update to the developer channel, Chrome OS has added the option to tweak the color temperature.

This feature is a fairly straightforward one. Through the display settings on Chrome OS (via Scott Collier), users can easily tweak the display to show a cooler or warmer color temperature (marked less warm and more warm). While it would be fantastic to have this enabled system-wide, it’s restricted to Google’s new Night Mode option.

Like on many Android smartphones today, including the Pixel, Night Mode on Chrome OS removes as much blue light as possible from the display by adding a yellow-ish hue. This new slider simply enables users to tweak the intensity of that setting.

This new slider and Chrome OS’ Night Mode are both available in the latest update to the developer channel. 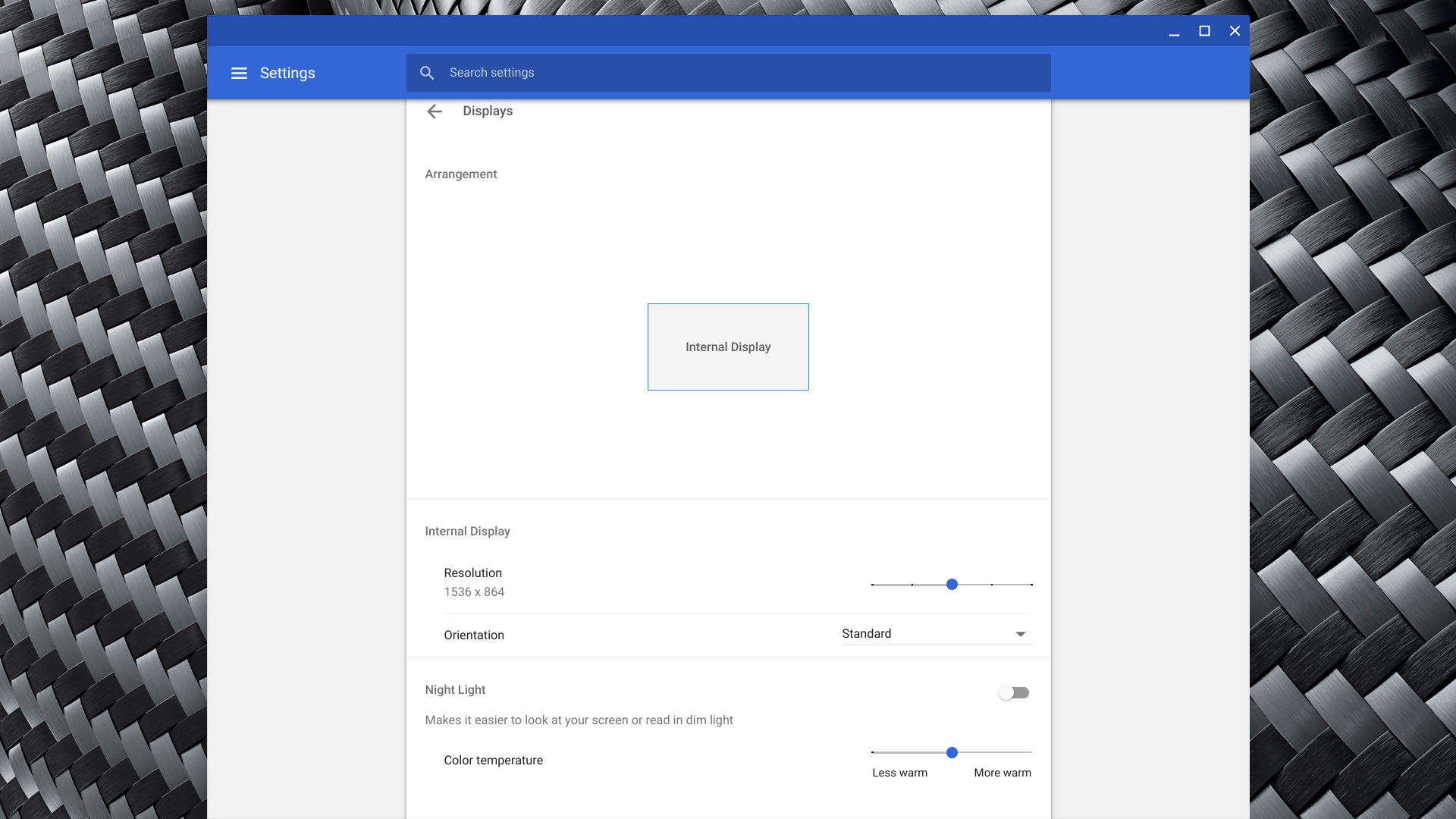